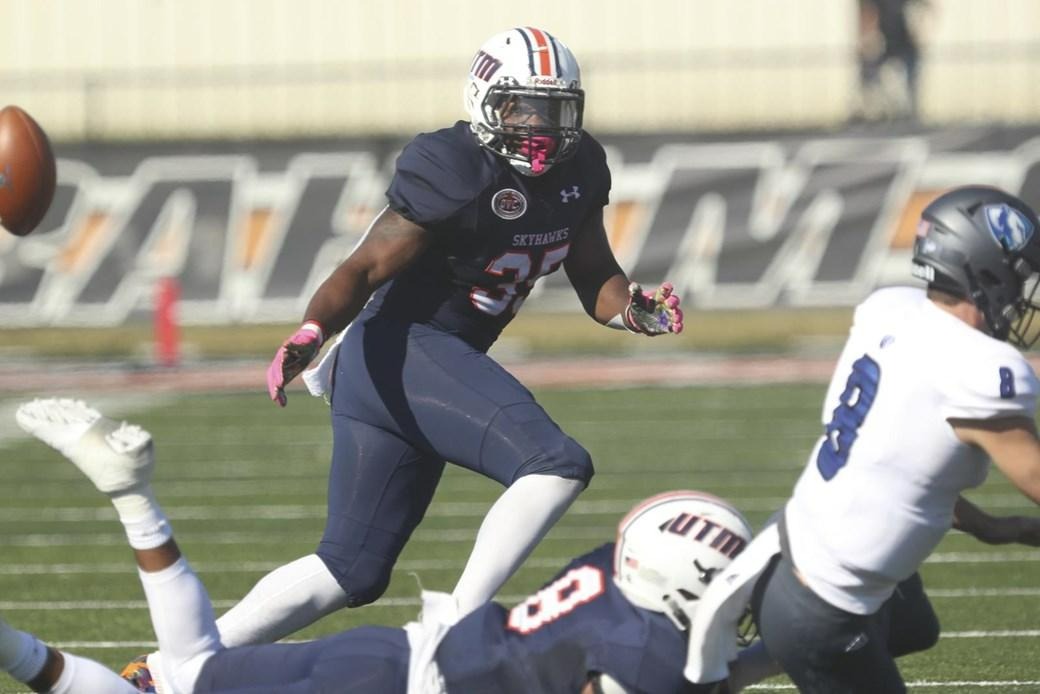 Cecil Cherry, a linebacker who hails from Frostproof, Florida, has taken advantage of every pro-football opportunity he has been blessed with. Most opportunities are those he has gone out and gotten himself, such as when he drove from Frostproof to Pittsburgh to try out for the Fan Controlled Football (FCF) league.

“That’s how you got to go get it,” Cecil said.  “I was driving 20 hours and getting out and competing in front of the coach.”

Cecil earned the FCF gig, which led to two stints with the Spring League, and invitation to The Hub Football camp. There were some down times, such as when Cecil was passed over in the USFL draft, or a position with Major League Football that was cancelled when the league failed to hit the field. However Cecil continued through the setbacks, and through a second stint with FCF he was invited to the NFL Alumni Academy training camp. From there he was invited to the upcoming XFL training camp as a member of the Vegas Vipers.

Cecil committed to play for Tennessee in 2014, but switched his commitment to Texas, and then to the University of South Florida. In 2016, Cherry recorded 30 tackles for the Bulls.

In 2017, Cherry transferred to Coahoma Community College where he became known as one of the best linebackers in NJCAA football, recording 104 tackles, 8 tackles for loss, 3 pass deflections, 1 forced fumble, and 1 interception. This led to Cherry winning Defensive Player of the Year award, and JUCO All-American honors.

in 2018, Cherry moved to Louisiana’s Grambling State University, which is where he would graduate with a degree in criminal justice. In his final year of college football, Cherry joined Tennessee-Martin, where he recorded 83 tackles, 9 tackles for loss, 6 pass deflections, 4 sacks, and a forced fumble.

After his college career, Cherry was off the NFL draft rolls, mainly because COVID-19 canceled his pro day. During the COVID-19 lockdown, Cherry patiently waited for a football opportunity. In 2021, Cherry made is own opportunity by driving from Frostproof to Pittsburgh, Pennsylvania, to try out for the Fan Controlled Football league (FCF). Coach John Jenkins recognized Cherry’s potential and signed him to the Glacier Boyz squad. In two stints with the FCF, Cherry would become a fan-favorite, earning the nickname “Scary Cherry.”

Cecil Cherry has learned to make his own opportunities and take advantage of any chance in which he has been blessed. Now that he has been invited to attend an XFL training camp he plans to take full advantage and give his best.

Cecil Cherry is a player with a good outlook who tends to look at the positive aspects of any situation, and he uses yoga to help keep things right.

“It gets you right,” Cherry said about his regular yoga regimen. “It gets you right mentally, not just physically… because if your head isn’t right, and you talk about stuff you can’t control, it isn’t going to ever succeed for you. If you have faith, you work on what you can control. That was my thing… getting my body flexible. This is what I can control… so it helped me spiritually mentally and physically.”

In both mind and body, Cecil Cherry is ready for the XFL Vegas Vipers training camp.

One additional point Cherry makes, is he plans to bring his innate drive to succeed.

“Most definitely a drive to succeed,” Cherry confirmed, when asked what he would bring to training camp.

Keep an eye on Cherry to make the Vipers squad.

If you want to hear the entire interview with Cecil Cherry, check out:
Episode 47 “Arlington Opportunity” with guest Cecil Cherry