The 1-3 Tampa Bay Vipers traveled to Dignity Health Sports Park to take on the 1-3 LA Wildcats. 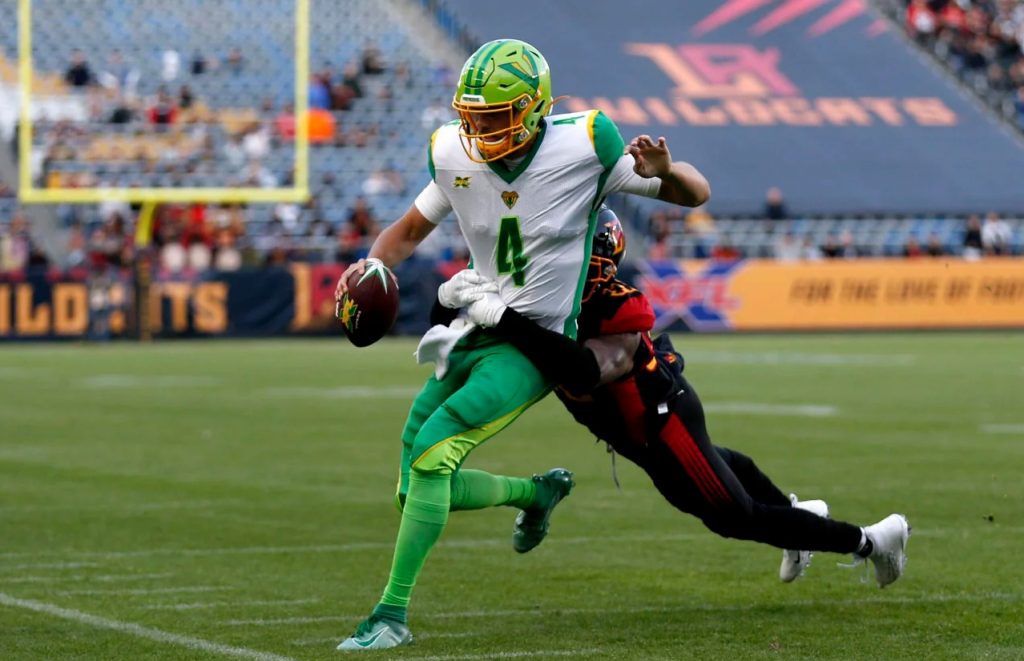 The 1-3 Tampa Bay Vipers traveled to Dignity Health Sports Park to take on the 1-3 LA Wildcats. Taylor Cornelius and the Vipers look to continue the momentum after last week’s big win over DC.

It didn’t take long for the Vipers to take charge as DB Robert Priester picked off the Wildcat’s quarterback Josh Johnson on the first play of the game. Tampa Bay would capitalize with an Andrew Frank field goal to take the 3-0 lead.

The Wildcats Patrick Vahe had a bad snap to QB Josh Johnson, the fumble was recovered by Vipers DT Sean Bowman with 2:17 left in the first quarter. Tampa Bay QB Taylor Cornelius would execute a fake handoff and run the ball in for a 2-yard touchdown run to the right side of the endzone. De’Veon Smith would pick up the 1 pt conversion, putting Tampa Bay up 17-0 with 14:00 left to play in the second quarter.

The LA offense would put six on the board with a DuJuan Harris 1-yard touchdown run. During the next drive, the Vipers would punt the ball away to LA’s WR Tre McBride. Viper’s FS Micah Hannemann would knock the ball out of T.McBride hands, causing a fumble that was then recovered by Tampa Bay’s LB Emmanuel Beal on the LA 27. The Vipers would capitalize on a Taylor Cornelius 16-yard touchdown pass to Jalen Tolliver in the back of the endzone. The Vipers would come up clean with a successful 1 pt conversion to put them up 24-6 with 6:28 left in the second quarter.

The Wildcats would turn off the Vipers momentum and would take the lead LA 27, Tampa Bay 24 with two touchdowns just before halftime and a big scoring drive in the third quarter taking the lead.

The Vipers would tack on 10 more points with an Andrew Frank 25-yard field goal, a Taylor Cornelius passing touchdown to WR Reece Horn, and a De’Veon Smith 1 pt successful conversion; but it was too late. LA had found their niche and continued feeding off each other’s energy after taking the lead in the third quarter.

The Vipers had 40 rushing attempts for 142 yards. De’Veon Smith would lead the team tonight with 69 yards rushed after Jacques Patrick left the game with an injury. Patrick had 23 yards rushing and 1 touchdown.

The Vipers have now fallen to a record of 1-4 with a final score of Wildcats 41, Vipers 34.