“When the season first started, during training camp, I worked myself up from the bottom of the depth chart.” 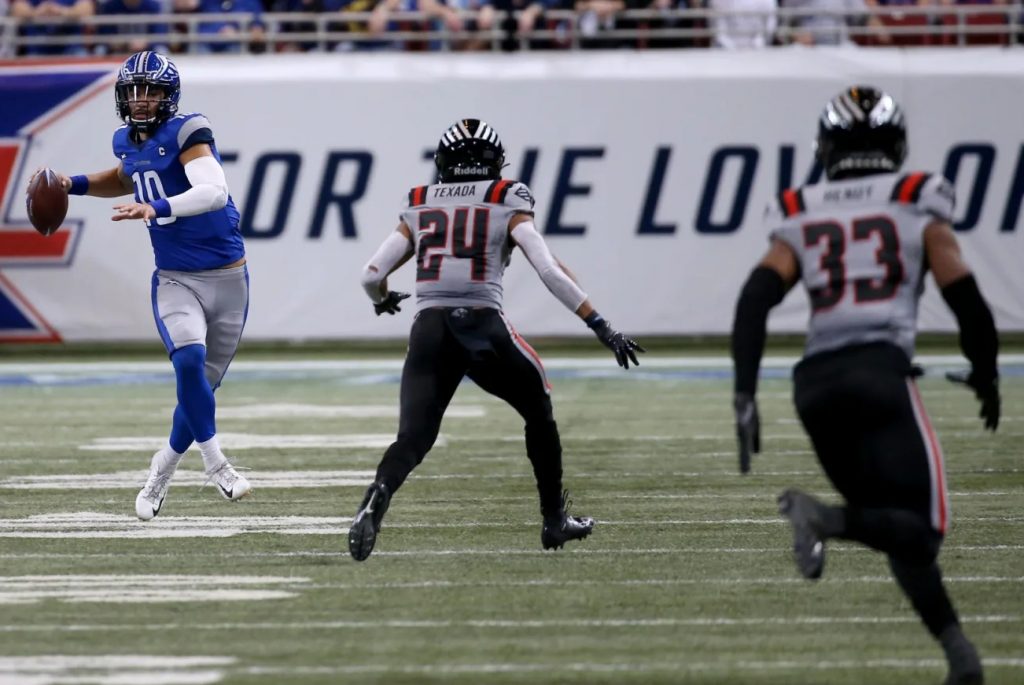 Ranthony Texada remembers when he was drafted by the New York Guardians, in the fourth round of the XFL draft. He had to sweat it out, waiting for his name to be called.

“I was actually the last DB taken on our team for the DB portion of the draft,” he recalled. “I was on pins and needles, and then I got that phone call. And you know, it was a pretty good feeling.”

“That’s how that went,” he casually summarized.

Such is the life of a young footballer, making sure they are part of the conversation, and then waiting for somebody to call their name.

Ranthony accepted his XFL journey just a few months after he had been released by the Ottawa Redblacks of the Canadian Football League.

When one door closes, another one opens. Totally indicative of the career of many professional football players.

Although he ran track and played baseball growing up, football has always been in Ranthony’s blood. In fact, football runs in the family. A senior at Louisiana Tech in 1989, his father Keith played for the Bulldogs. Currently, his brother Raleigh plays for Baylor, and his younger brother Ridge is a freshman, playing with McNeese State University in Lake Charles, Louisiana.

Keith Texada played wide receiver, but all three of his boys became stellar defensive backs and cornerbacks, possibly indicative of having the daunting task of covering their father during family football scrimmages. The Texada boys all attended Centennial High School, in Frisco, Texas, where they anchored the football team’s defense for many years.

The highlight of Ranthony’s high school football career was being named the Team Defensive MVP at the Offense-Defense All-American Bowl at Reliant Stadium in Houston.

After such a stellar high school career, many colleges came calling. Eventually, Ranthony settled on Texas Christian University, mainly because of its proximity to home.

“I had a good number of schools that were interested in me,” Ranthony said. “It (TCU) was close to home, and I knew I wanted my family to be able to come and watch me play.”

Playing for the TCU Horned Frogs, in Fort Worth, Texas, Ranthony earned All-America honors in his senior year, where he started all 14 games and ranked fifth in the Big 12 with 1.1 passes defended per game. According to the TCU website, he currently ranks eighth in Big 12 history in pass defenses. 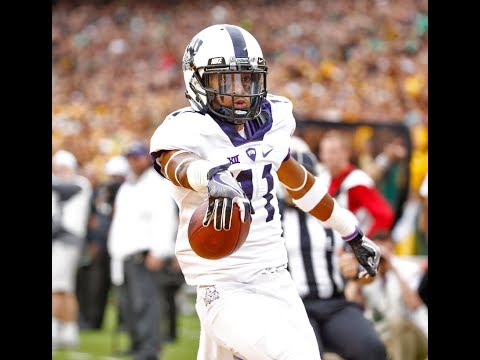 Ranthony entered the 2018 NFL draft with modest expectations. However, when the draft ended without his name being called, it wasn’t long before the phone rang and Washington signed him as an undrafted free agent.

“I got signed and went through rookie camp, went through OTAs and then training camp, and preseason, ” he explained. “I had a really good preseason, with an interception and a few pass breakups, but you know how it is sometimes in the NFL. It comes down to a numbers thing, and it just didn’t work out.”

Ranthony was cut from the team when the roster was reduced to 53.

Still, Ranthony recalls the experience as an important moment in his career.

“I had a really good experience with them,” he said. “I learned a lot from that. Hopefully, one day I can get back to that level.”

Shortly afterward, Ranthony was signed by the Ottawa Redblacks, where he attended the 2019 training camp, and played in the preseason. Unfortunately, instead of getting playing time, Ranthony was placed on the Redblacks practice roster just as the 2019 CFL season began.

“I made it through rookie camp, the preseason… everything,” Ranthony said. “I made the team and I was on the practice squad for seven weeks, and then I got released.”

Where one opportunity ended, another appeared, as Ranthony was drafted by the New York Guardians shortly afterward.

Ranthony did well with the Guardians, working his way up into the depth chart through training camp, and emerging as a regular starter as the XFL season progressed.

“When the season first started, during training camp, I worked myself up from the bottom of the depth chart,” he said. “By the time the league got shut down, I was starting nickel.”

“We had built up some momentum, and we were going in to play the number one team in the league, the Houston Roughnecks. We thought we matched up really well with them.”

Still, Ranthony isn’t bitter about the untimely end to an XFL season he was enjoying so much.

“I wish we could have been able to finish the season, just to see what would have come about. But, it was definitely a great experience,” Ranthony concluded.

Shortly after the XFL released Texada from his contractual obligations, the Winnipeg Blue Bombers of the CFL came calling, signing him to play in the upcoming 2020 season. After some waiting, and deliberations by the league, the season was cancelled, resulting in Ranthony being left without a pro-football squad.

What does this mean to Ranthony? He looks forward to joining the Grey Cup champion Winnipeg Blue Bombers squad whenever they are able to hit the field. In the meanwhile, he is maintaining a positive attitude, working out, and staying ready for his next football opportunity.

Interestingly enough, now that the XFL is under the ownership of Dany Garcia, Dwayne “The Rock” Johnson and RedBird Capital, there may soon be another season in store for the XFL.

Like many football players who are sitting on the sidelines waiting for the opportunity to hit the field, Ranthony is excited about the prospect of the league being brought back.

“I definitely think it’s a good look for the league. It brings a big star, and just a credible name,” he said of the new XFL owners. “It’s going to be interesting to see what details they bring about the league, and when they plan on starting.”

Yes, we know many football players are sharing the same thoughts at the moment.

Along with all the players who await their next football opportunity, Ranthony, we hope to see you on a football field real soon.

XFL now in the hands of Dany Garcia, Dwayne “The Rock” Johnson and RedBird Capital
Episode 34 – New owners have the “Keys” to the XFL – Guests: Ranthony Texada and Mike Ellison