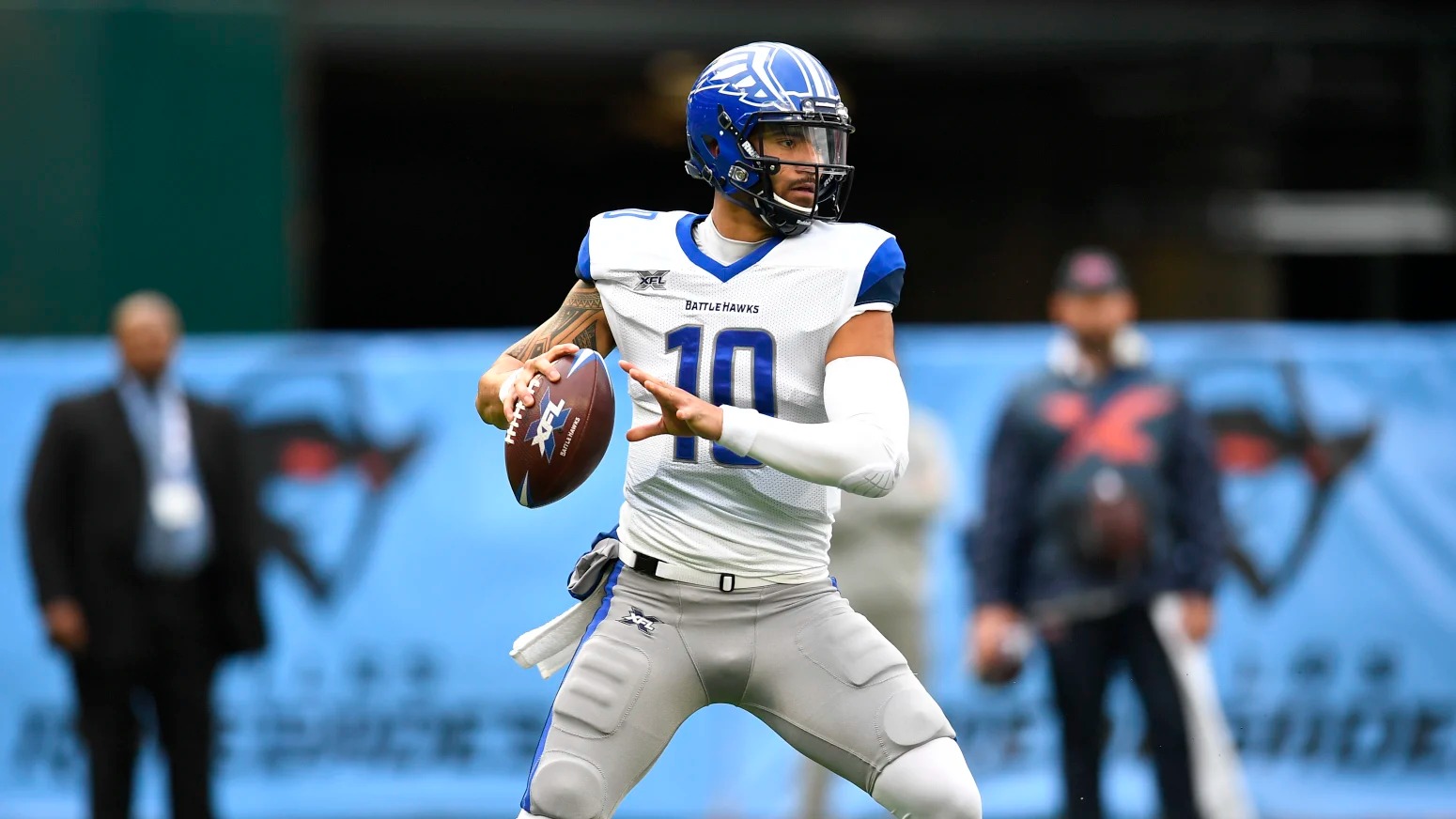 The undated photo featuring Kaiss and Ta’amu was taken at the Reese Smith Athletic Complex in Nashville.

Jordan Ta’amu played college football for Ole Miss, and was a member of the Houston Texans before being signed by the St. Louis BattleHawks of the XFL. Being the only XFL starting quarterback to not have any professional regular season experience, during the BattleHawks first game against the Dallas Renegades Ta’amu threw for 209 yards and a passing touchdown, while rushing for 77 yards, resulting in a 15–9 victory. In week two, Ta’amu had 316 combined yards of offense, for four touchdowns, and two interceptions, resulting in a disappointing 24–28 loss to the Houston Roughnecks. In total, Ta’Amu played in all five BattleHawks games, completed 97 of 134 passes for 1,050 yards for five touchdowns and only two interceptions. He also rushed for 217 yards and one touchdown.

With the XFL season cut short, Ta’amu signed with the Kansas City Chiefs. He shifted from the practice squad to the COVID-19 list and never played a down of football. He was later picked up by the Detroit Lions for a short stint, and then re-signed by the Chiefs, before being signed by the Washington Football Team. On December 30, 2021, Ta’amu was signed to the Carolina Panthers practice squad, but released only a week later.

Ta’amu was selected with the second pick of the 2022 USFL Draft by the Tampa Bay Bandits. Ta’amu had a stellar season with the Bandits, leading the league in passing yards at 2,014 and touchdowns with 14.