XFL lineman like Weiss could be getting opportunities to play. 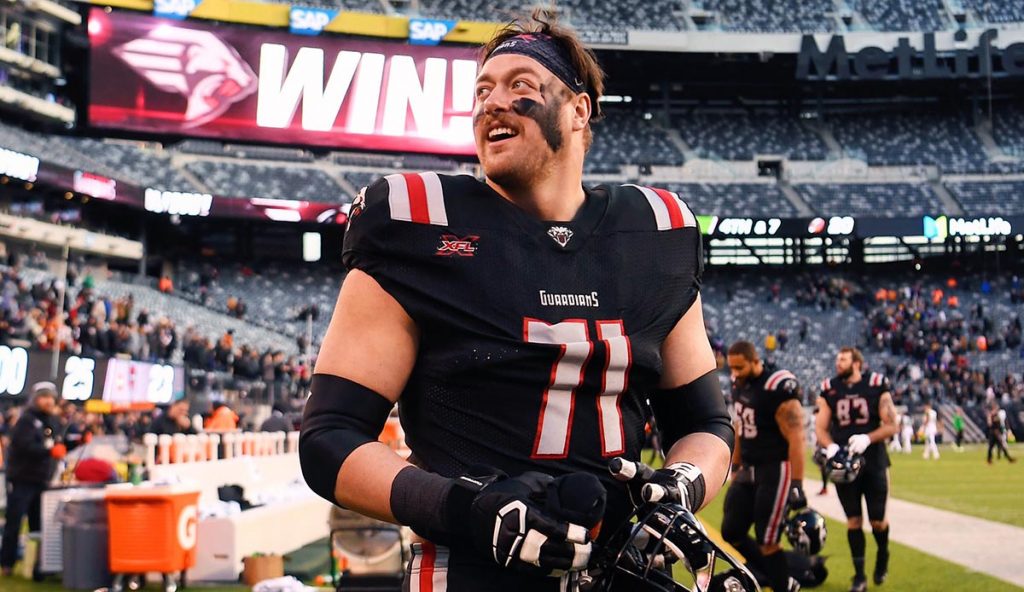 Brant Weiss, a former XFL offensive tackle for the New York Guardians, is currently a free agent. He could easily be an asset on a team right now, especially considering his past experience in the NFL with the Arizona Cardinals and Los Angeles Chargers, as well as the Arizona Hotshots of the Alliance of American Football.

Rocketing Up the Ranks

As a Toledo University Rockets lineman, Weiss was actually a back up his first three years. It was in his final year that he blossomed into an All-MAC selection.

When asked what playing Division I football was like, Weiss responded, “D1 is very businesslike but playing professionally, you have to have your i’s dotted and t’s crossed at all times. There is always someone else looking to be in your position, so you can’t let up!”

His junior year, he started five games at right tackle, and was part of the ninth-best line in the entire Division I level.”

In his sophomore year, Weiss saw action in eleven games out of a reserve lineman role.

Flying into the Pros

Out of college, Weiss’ first NFL tenure was with the Arizona Cardinals, where he was signed as an undrafted free agent. He stayed into the preseason until he was eventually cut. After the Cardinals, Weiss rounded out his NFL career with a stint with the Chargers.

Next up, Weiss  joined the Arizona Hotshots of the now-defunct Alliance of American Football. He excelled with the Hotshots, looking like one of the better linemen in the league.

After showcasing himself in the AAF, he went across the country to the Big Apple.

This is where Weiss’ story met the XFL. He signed with the New York Guardians after they brought him onto their roster just before their final training camp.

When asked about the hometown Guardians, Weiss responded, “Playing in MetLife was such a unique and grateful experience. The fans welcomed us with open arms and came to support in the cold weather while being rowdy as ever! One of my favorite moments to help describe what I mean is when one of the fans actually threw me a bud light seltzer (our sponsor) to drink after one of our games while he and a group of friends were shot-gunning them themselves.”

According to Weiss, the Guardians had one the best home crowds at MetLife.

When asked about his favorite part of being a Guardian, Weiss said, “I had never been to New York, so being able to experience the city was really cool for me. I absolutely love it there! Fortunately, I looked out with great teammates as well, I hung out with those guys 24/7 whether it be grubbing out somewhere new or chilling with the EQ guys after practice. We always found something to do.”

With the newfound news of the XFL being postponed until 2022, a lot of players may have given up hope, but Weiss has remained positive.

“Right now I’m working out a lot, staying prepared if another opportunity presents itself,” Weiss said.

Weiss remains motivated, and motivation on the field has always been his strong suit. It seems like no matter who he is going toe to toe against on the opposite side of the line he always will show out and give his 110%.

When asked about his favorite XFL memories, Weiss responded, “Plane old questions – a show the media team and I started on the airplane to away games where I’d interview our players. It was hilarious but unfortunately it had to stop too soon!”

Weiss also recalls, “Sushi nights with the boys! It was all you can eat, and we got our moneys worth!”

Plane Old Questions is a great web series. Check out the episode with Scott Daly where they discussed the sushi nights. Also, episodes with Demetrious Cox , Scott Daly, and Jake Sutherland are very good. 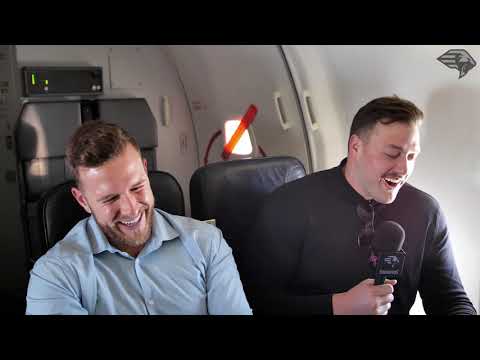 Taking off from where Plane Old Questions left off, for the past few months, Weiss has started a YouTube channel. A lot of his videos are just him in his car speaking is mind which is great. They are actually very entertaining, he really is an interesting person in front of the camera.

This year, the NFL has specifically lost a lot of lineman to injury, and others have backed out of playing due to COVID-19. That being said, XFL lineman like Weiss could be getting opportunities to play. In the XFL he looked like one of the better lineman. According to his XFL card, Weiss is billed at 6’5, and 291 lbs, which is excellent for a lineman where the average wieght is closer to 320 lbs.

A lighter and stronger lineman is preferred in a quicker game. The game is evolving, and so should the offensive line. Brant Weiss would be great choice to step up into an NFL opportunity.

Sportico: Non-NFL football players form advocacy group to represent player interests in leagues like the XFL
XFL: How a 2022 relaunch will impact the 2020 New York Guardians