Whether the XFL comes back or not, Quentin will be making an impact. 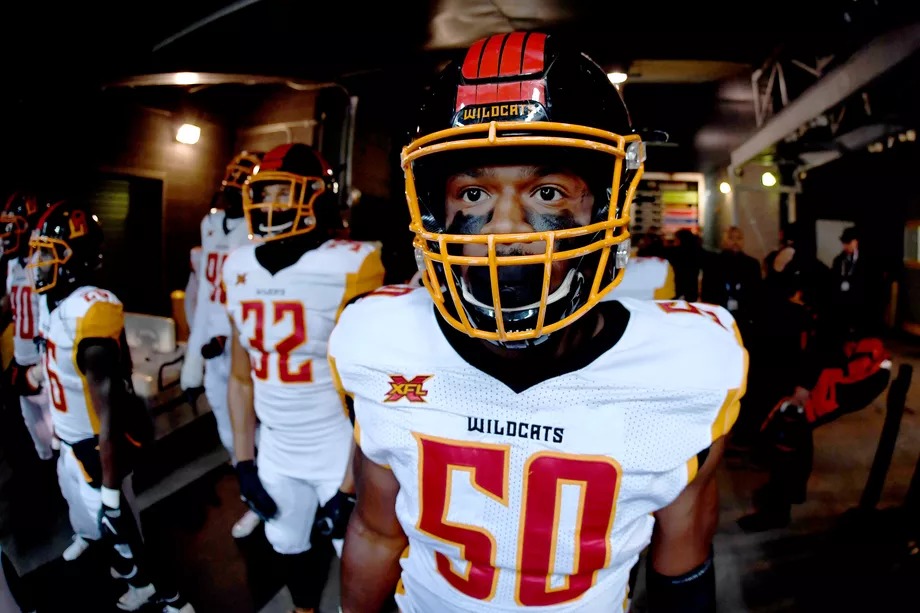 Many athletes like to say as a cliche that “this is a business” which is true for many players. However, for former XFL linebacker Quentin Gause, football is a business, but so is his actual business that he started.

Quentin founded Iron Visuals in 2017. According to their website, Iron Visuals is a,”Visual Marketing & Branding Consultancy that specializes in Cinematic Visuals, Graphic/Web Design, and Digital Marketing/Branding.”

Iron Visuals has been extremely successful in their three years of business so far with clients including the NFL, Ford, and Westgate Resorts.

The work ethic Quentin has was instilled in him at a young age, a work ethic that Gause needed to not only train at a professional level but also run his own business

It all began for Quentin in eighth grade. “In 8th grade I had an epiphany, I felt like God told me to get your butt up, go to the library and research schools and GPA requirements, sports broadcasting or com programs and I knew what I needed to do. I was on the playground and it just hit me,” said Gause.

Once Gause decided what he wanted to do, play football and study sports and communication, it was time to get to work.

Quentin began to fly all over the country going to minicamps, workouts and training camps all across the United States. He woke up at 5AM every single day to workout before school so that after school he could focus on academics.

After making it clear to his father that he wanted a full-ride scholarship to college for football, Gause graduated high school with a 3.5 GPA and six full-ride offers to Division 1 programs.

Ultimately, Gause chose Rutgers University where he would lead the program on and off the field through three different conferences and would establish himself as an NFL level talent.

While at Rutgers, Quentin won an assortment of awards including being named Team Captain in 2015, Big Ten All-Academic Team in 2014 and the Rutgers Leadership Award in 2014.

Although Gause clearly ended up being successful in college, it was not easy at the beginning.

“Took me a couple years to grasp the full defensive concepts and schemes. Once I knew what to do, I took off,” said Gause. “But, I wasn’t going to be broken. My uncle trained me to be a killer on and off the field. Nobody could break me.”

The first start Gause got in college was due to his best friend needing a day off while nursing an injury. Quentin took the bull by the horns against Arkansas,

“They had two running backs rushing 100 yards a game. I had 20 tackles that game, had a game winning saving tackle on third and three and was awarded player of the week. I took off from there, I knew I could really do this,” said Gause.

Once he became a leader off of the field, Gause began to lead his team off the field as well.

“After I had some success, I started to hold guys on the team accountable just like I was as a kid because that is how I got to where I was,” said Gause.

It was that type of leadership that allowed Gause to shut down Ezekiel Elliot with 15 tackles against Ohio State, shut down Connor Cook at Michigan State and eventually make his way to the Philadelphia Eagles to begin his career.

Quentin signed as an undrafted free agent with the Eagles in May of 2016, but unfortunately he could not make the 53 man roster and was released during the final round of cuts.

Immediately afterwards, Gause got the opportunity of a lifetime: a chance with the New England Patriots. For Quentin, the experience in Foxborough was invaluable.

“I met some great guys in New England. Edelman, Emmanuel Roberts, Hightower. I really learned a lot from the coaches. That organization is about discipline and being the best that you can be as a player,” said Gause.

Unfortunately, the Patriots needed help at other positions and Gause was released before he made an appearance for Bill Belichick.

It was then when Quentin had the most defining experience of his professional career. While at a tryout for the Tampa Bay Buccaneers, Gause looked gassed and was not conditioned appropriately, only one week after being released from the Patriots.

“I was tired during that workout, and I didn’t work as hard. If I hadn’t been tired I would’ve been picked up for sure,” said Gause. “That riled up something inside of me. I had one opportunity left, that was with the Denver Broncos.”

During the week in between the two tryouts, Gause holed up in his hotel room to work. He worked himself into the best shape of his life, something that actually was motivated by a hotel employee.

“One day i was working out in the hotel parking lot. One of the employees came by and told me to keep on working, and that gave me the little boost to keep going,” said Gause.

Once Quentin arrived in the Mile High City, he was more ready than ever for his tryout. After he ran through the workout with all of the other potential linebackers, Gause was called in John Elway’s office with one other player to be told they were being signed as Denver Broncos.

Afterwards Elway told Quentin that,”All we wanted to see was whether or not you were conditioned. We knew you could play.”

In Denver, Gause made the most of his time. Pushing Emmanuel Sanders and Demaryius Thomas in practice. He pushed them so hard in fact that some of the veteran players told him to take it easy because he was working so hard during a normal run through.

Quentin played three games for Denver in 2016, and finished the season with the team. After making it all the way through camp in 2017, Gause was cut before the beginning of the season.

It was then that Gause founded his company Iron Visuals. Even though he now had to balance professional level training and running his own business, he applied the same principles of work to both.

“You apply the same things that you have done every day. I wake up at 5 every day, I work out and then my day starts at 6:37 doing my work, answering emails, calls and I am up before everybody else,” said Gause.

Quentin has had two opportunities outside the NFL, with the AAF and the XFL. His time with both was cut short, but the memories made with the XFL clearly made an impact.

“The XFL is one of the best startup leagues ever. I loved my linebacker crew, we went out together and we did everything together. We grew together every day and helped lead the team,” said Gause.

Quentin led the linebacker crew while in Los Angeles and was on track to be one of the top defensive players in the XFL before the league shut down in April due to COVID-19.

Now, Gause still works hard. Whether it be working with his up and coming brother Joseph Gause, a receiver, or working his business. Quentin still gets up early every day, works out and starts answering emails before most people are awake.

Whether the XFL comes back or not, Quentin will be making an impact. He talks to CEOs and makes more contacts in a day than most people will make in a lifetime. If the XFL returns in 2021, look for Quentin Gause to make a difference for whatever lucky team he plays for.