XFL Wildcat lineman Sean Brown has ‘Something to prove’

“I’m training every day to get better at the things I need to work on.” 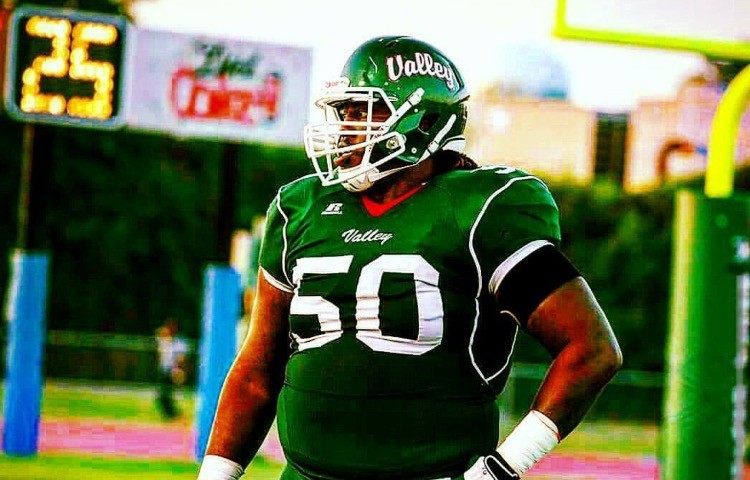 The former XFL Los Angeles Wildcat Sean Brown is a big versatile lineman at 6’4, 325 lbs. With good moves and speed, Brown is one of the most versatile linemen on the market right now and he is still fresh.

Brown has been in action with the Generals in The Spring League, and he will be playing in the championship game, tentatively scheduled for December, 15th.

Brown has improved and learned a lot from The Spring League, as he said it helped him “Tremendously!”

“It’s gotten my technique way better and my knowledge of the game as well,” Brown said.

Blessed for every opportunity! @xfl2020 let’s bring it back we still got something to prove in LA pic.twitter.com/mazbAyaYoa

Brown was a member of XFL’s Team 9 roster when he received an opportunity with the Los Angeles Wildcats.

“When I got called up from Team 9 it was just unbelievable,” Brown remembered.

He enjoyed his time as a Wildcat while learning a lot, playing against some of the best and making his name known.

“It was an amazing experience,” Brown said. “I met great coaches and teammates and I can’t wait to see what the future holds.”

Prior to his time as a Wildcat, Brown played in the AAF with the Salt Lake Stallions, and in college at Mississippi Valley State University. Playing in a smaller school makes its own obstacles, but Brown found a deeper way to stay motivated. “To be honest, the death of my father made me hungrier,” Brown recalled.

Blessed for every opportunity but I’m especially grateful the @xfl gave me a opportunity to prove not only to the world but most of all to myself that I can play at a higher level simply because of the things I had to go through just to get there really tested me as a man! pic.twitter.com/dOJtTKWxFf

Ready for the call

Other than playing in The Spring League, Brown has been staying ready by training off the field.

“I’m training every day to get better at the things I need to work on,” Brown said.

The former Wildcat is either in the weight room, or out at a local football field grinding and improving. Not a lot of lineman train as hard as Brown does. It is awesome to see a lineman putting in the extra time to get better and show why he should be signed to a professional team.

When staying locked in and ready Brown likes to keep it cool. “I honestly just keep my mind relaxed and listen to slow music!” Brown stated.

Brown stays ready by watching a lot of film of other linemen in the NFL also but his favorite to study is one of the best in the game.

XFL on the horizon

With the return of the XFL in sight, Brown said on returning, “Definitely I feel like I have something to prove!”

We are looking forward to seeing him back and better than ever. He looks even stronger and more athletic now, so there is no reason to sleep on him. Brown has been proving why he deserves a chance, and he has proven it again this fall in The Spring League.