XFL Week 7 – Players of the Week – “Fan’s Choice” by XFLBoard.com

In the past 42 hours XFLboard.com has received 3,673 counting votes for XFL Players of the Week. The votes have been tabulated and here are the results: 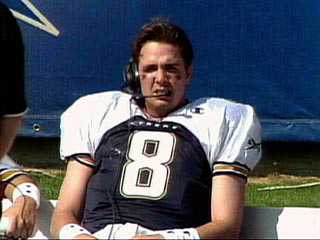 “Maddox is clearly a True Leader..”

“Was there anyone he couldn’t hit?”

“Maddox did it all. He passed for scores and he ran for more.” 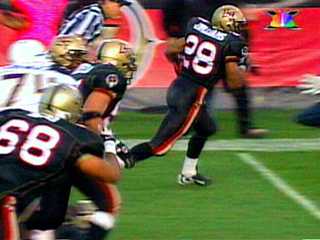 Jamel Williams had an impressive 5 tackles in the Outlaws defeat of the Bolts, but it was his opening, first quarter TD on a 99 yard fumble recovery that was the most impressive.

“Outlaw DB took it to the bank, and stole game.”

“The Bolts didn’t know what hit them. Williams put the nail in the coffin early.”

“Williams had to run the length of the field to put it in the end zone.” 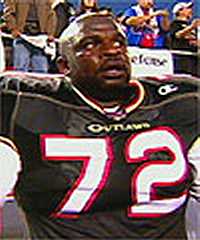 Simspon lead the “Dealers of Doom” with two sacks and five tackles in the Outlaws’ 34-12 win over the Birmingham Bolts last Saturday. Four of the
five tackles were for losses.

“Lead the Dealers of Doom” 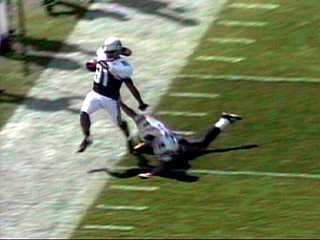 “Hit the Rage at High speed and never stopped!”