Well, that’s 2 weeks now officially in the history books. We saw all different kinds of games this weekend. We saw defensive battles, slow building dramas, back and forth thrillers, and total domination, in what was another exciting week of XFL Football. This week’s Power Rankings are the most confident I have felt thus far, but of course, with the nature of football, that can all change week to week. So let’s see where we stand heading into week 3. 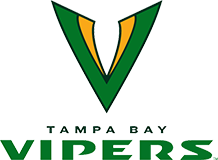 XFL fans, allow me to introduce to you your “Homecoming” team of the XFL 2020, the Tampa Bay Vipers. They are such a mess. Marc Trestman can’t decide on a quarterback. Whoever he decides will be playing quarterback that day, absolutely stinks. The defense gives up too many big plays. I have lost all confidence in this team, and it’s a shame, because they are talented in their skill positions. But in the sport of football, the quarterback position is the most important. And when you don’t have good quarterback play, you will struggle mightily. The Vipers will be playing their first home game this Saturday, but unfortunately for them, it will be against the Houston Roughnecks, and it will probably be a long day in Tampa for the Vipers. They are still at no. 8, and I expect them to remain there. Houston, congratulations, it’s “Homecoming Week”. 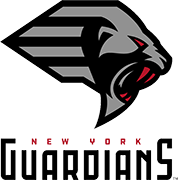 Matt McGloin is leading this team. And after Saturday afternoon, that’s all you need to know to know why they are ranked no. 7. If Tampa had a decent quarterback, they would be ranked 8th. Once again, it’s a real shame. Because just like with Tampa Bay, they are talented. They got some good receivers. They got some decent running backs. They have an elite defense. They have a great Head Coach. But their “leader” is Matt McGloin. And if Saturday is any indication, he is not the right guy to be leading a locker room. If you can’t take ownership for your own mistakes, and you just throw your teammates and coaches under the bus, you don’t DESERVE to lead a team. Yes, he has some talent, but working together, as a team, goes far more than talent ever will. Until McGloin can buy into the concept of “TEAM”, they will sit at no. 7, and possibly fall to no. 8. 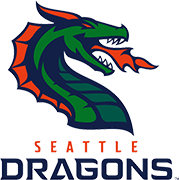 Seattle, you have impressed me. By no means am I picking you to win the Championship, but you guys will be competitive in every game, and that is “For the Love of Football”. Brandon Silvers is not an elite XFL quarterback, but he has had his moments, and his play makers have made plays when they needed to. But the strength of this team is the defense, which is no unfamiliar territory for Seattle. Their defense has impressed me the past few weeks against DC and Tampa Bay, and if they can keep that up, I think they have the potential to pull off some real upsets. Especially when they play at home, with that raucous crowd. The key for their offense is to get the running game going, and take that pressure off of Brandon Silvers. If he can just limit the turnovers and make the key throws, this team should be fine, and at least be in most of their games til the end. They are my no. 6 team. 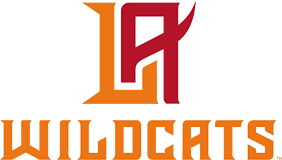 Some people are probably going to be surprised that I have LA ranked 5, especially since they haven’t gotten a win yet. But honestly, in their 25-18 loss to Dallas, they looked pretty good. Especially in the 4th quarter once Josh Johnson started getting that chemistry with Nelson Spruce. You have to remember, Johnson hasn’t even been able to really practice with his team much, due to him signing late, then getting injured. I believe that this team has enough talent to start racking up some wins. And don’t be surprised if that starts this Sunday against DC at home. I believe people are looking at that 0-2 record and really underestimating what this Wildcats team is capable of. If Johnson and Spruce can build that connection, this can become a scary team in the West. I have not counted the Wildcats out yet, and I think they might surprise the league here the next few weeks. For now, they sit at no. 5. 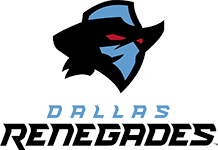 This team is good. Yes, it took them a while to get going, but once they did, I don’t think they’re looking back. This might be the most well balanced offense in the league. They can run it with Artis-Payne and Dunbar. They can sure throw it with Landry Jones. And I believe they have play makers at the wide receiver position that can make plays in the open field. All of this was on display Sunday afternoon, once Landry Jones settled in the offense. Much like Johnson, he has not had a lot of reps with his team, so that chemistry will only build and get better. Their defense is good, not great, but if they can keep their running game strong, long drives will keep their defense on the sideline. The Renegades are threat in the West, and Houston better be looking over its shoulder. Dallas sits at no. 4. 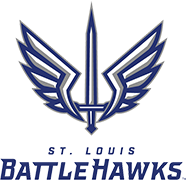 St. Louis showed Sunday night, they are for real. They can compete with the big dogs, and they have a legitimate shot at winning the East and taking home the XFL Championship. Jordan Ta’amu is the real deal, and man is he fun to watch. He can do it with his arm, he can do it with his legs, and he has a strong running game backing him up. Matt Jones is a beast, and Christine Michael finally came alive in this game. Keith Ford will be back, and their receivers are really underrated. Pierson-El is a stud, and Washington can ball as well. But man, the defense is LEGIT. I’m confident in saying, this is the best defense in the XFL. All around, they can stop the run, protect against the pass, and they can cause turnovers. I think this team has a fight that can carry them a long way, and their Head Coach brings an energy that can motivate this team to a title. It’s why they are my 3rd ranked team. 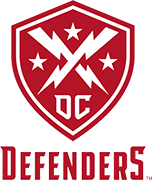 Total domination is what this team did to the New York Guardians Saturday afternoon. Cardale Jones is just that good. Rashad Ross is just that good. Eli Rogers is just that good. And oh yeah, DeAndre Thompkins made his return, and yep, he is just that good. Add that with a running game that seemed to be finding life in the 4th quarter, and a defense that has a pick six in each game so far, and you have the best team in the East. The DC Defenders are great, and Pep Hamilton is the main reason why. His play calling has been outstanding, and his willingness to take risk has paid off tremendously. This team has an identity, and it sticks to that. Have Cardale Jones make plays on the move, give the ball to their play makers, and let their defense have its opportunities. Drop in their some trick plays, and you have a recipe for success. But, they are still no. 2. 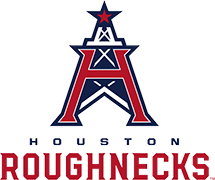 Because the Houston Roughnecks are still the best team in the XFL. PJ Walker is hands down, right now, at this moment, not just the best quarterback in the league, he is the best player in the league. He has looked unstoppable through the first 2 weeks, and I don’t see him slowing down anytime soon. But he ain’t by himself. Cam Phillips, who was named the Star of the Week this week, is an absolute beast. He can route run, he can turn on the gas, and he can catch with the best of them. Khalil Lewis, Nick Holley, Sammie Coates, James Butler, who do you try and stop? Good luck to any defense that has to play this Houston offense this season. But what’s scary for the league, is this defense is coming alive week by week. They get to the quarterback, and I mean they GET TO THE QUARTERBACK. Not to mention, they capitalize on every opportunity they get with takeaways, and they do not break easily. This is the clear favorite right now to win the West, and my current favorite to win it all. The Houston Roughnecks are the XFL’s best team until somebody proves otherwise.