“You can’t beat the opponent and yourself at the same time.” – Guardians Head Coach/GM  Kevin Gilbride 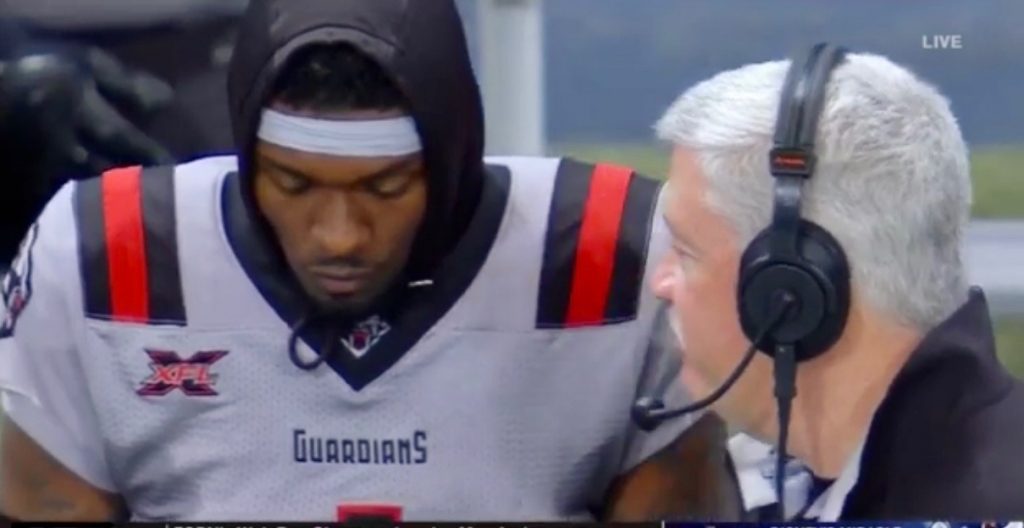 “I may need you to be a leader here because the guys that I thought were going to be better than we are at doing that are just not.” – New York Guardians Head Coach/GM Kevin Gilbride to his star receiver Mekale McKay on the sidelines in the 4th quarter of a 29-9 road loss to the St. Louis BattleHawks.

In front of 29,554 fans at the ‘Battledome,’ Pro Football returned to St.Louis in glorious fashion, as the BattleHawks dominated the New York Guardians in a 29-9 victory. St. Louis beat New York in all three phases. Riding the energy and emotion of their crowd, the BattleHawks controlled the contest from the outset with their ground game, rushing for 156 yards on the ground. St. Louis also made big plays on defense and special teams. The BattleHawks Joe Powell returned a kickoff 90 yards for a score on the XFL’s first-ever kick return for a touchdown. St. Louis also blocked a punt on special teams as well.

“You can’t beat the opponent and yourself at the same time.”
– Guardians Head Coach/GM  Kevin Gilbride on his teams’ performance in the post-game press conference.

For New York, the story of last week’s loss in D.C. was the dysfunction of the Guardians offense and the frustration of veteran Quarterback Matt McGloin. This week, the entire team played undisciplined football. Missed tackles, blown assignments,  personal fouls, ill-advised turnovers, and miscommunication ruled the day for New York. Matt McGloin started off the game connecting on his first three passes, but a Casey Sayles sack on third down knocked him temporarily out of the game with a rib injury. Backup quarterback Marquise Williams replaced him for a couple of series before McGloin returned later in the first half.

The Guardians managed to muster a 53-yard field goal by Matthew McCrane to get on the scoreboard and cut the STL lead to 6-3. The BattleHawks would then go on to score 17 unanswered points to take a 23-3 lead late into the first half.

With a returning Matt McGloin and the Guardians driving late in the first half deep into BattleHawks territory. McGloin threw an errant pass into the leaping hands of rookie Kenny Robinson. The 21-year old All-Big 12 safety out of West Virginia is the first player with college eligibility to decide to play in the XFL, before being drafted in the NFL draft this coming April. McGloin’s momentum-killing interception led to an enraged G.A. Mangus slamming his call sheet down. The embattled offensive coordinator has seen his offense falter all season long.

One of the main culprits of the Guardians woes on Sunday in St. Louis was Guardians’ starting center Ian Silberman, who returned from missing last week’s game due to injury. Silberman, a former 6th round pick of the 49ers, was expected to be one of New York’s leaders upfront. In this game, Silberman played with no composure whatsoever, drawing multiple personal fouls, which helped kill his teams’ drives and momentum. Before the referees could eject Silberman, the Guardians staff decided to bench him.

New York’s offense and special teams weren’t the only culprits in this loss to St. Louis. The Guardians defense missed multiple tackles in this contest and had no answers schematically for the spread run attack of St. Louis. On a lone positive note, New York managed to salvage their day with a late TD drive by third-string Quarterback Luis Perez (4/5 39 yards, 1td). The position of Perez on the depth chart may be changing moving forward. There may be more changes on the horizon for the Guardians. Kevin Gilbride has a lot of difficult decisions to make moving forward, and not a lot of time, only six days before his team’s next game to work with. One of the changes that could come may very well be in who is calling the plays moving forward, and who is on the field when those plays are called. 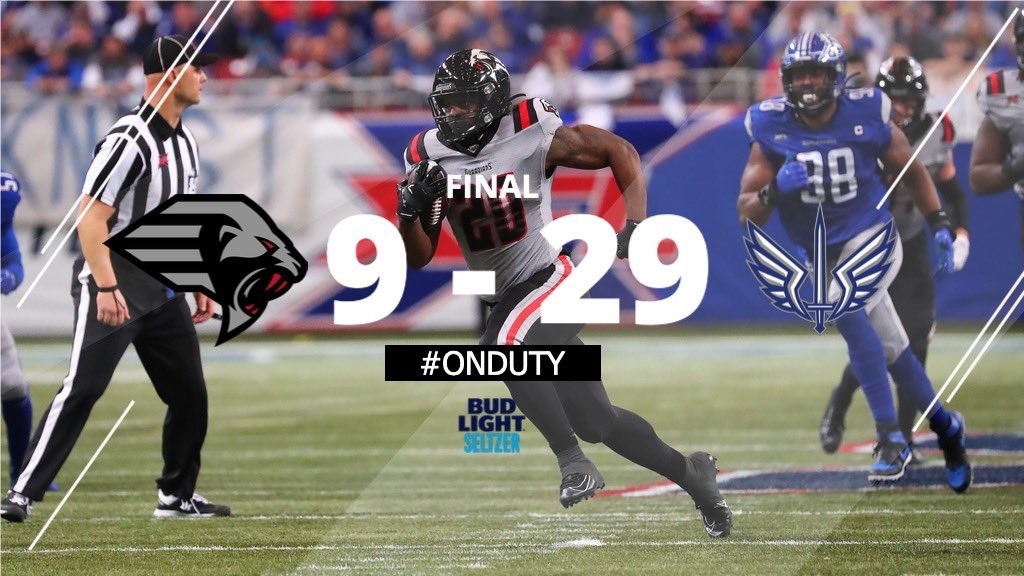