In the past 42 hours XFLboard.com has received 3,433 counting votes for XFL Players of the Week. The votes have been tabulated and here are the results: 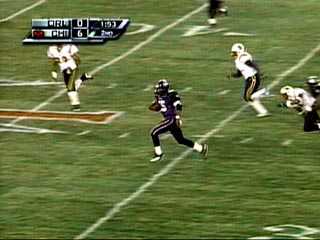 Kevin McDougal threw a touchdown pass and ran for another score as Chicago beat Orlando 23-6. McDougal, 13-of-20 for 182 yards, scored on a 2-yard run late in the second quarter, and threw a 29-yard TD pass to Aaron Bailey to give Chicago a 20-0 lead in the third.

“Put on yet another great performance, sealing a playoff spot for the Enforcers.”

“Mobile QB that has really helped Chicago come on strong of late.”

Eloms had a two interception game against the Bolts including one which he pitched to Donnie Caldwell, who raced to the end zone for the score.

“Eloms was the real “Hitman” against Bolts.”

“The Hurricane sucked up everything in sight!”

Jamie Baisley was in on 11 tackles in the Enforcers decisive win over the Orlando Rage.

“Baisley was awesome again this week. This time he made the Rage look bad.”

“Helped CHicago make it into the post-season.” 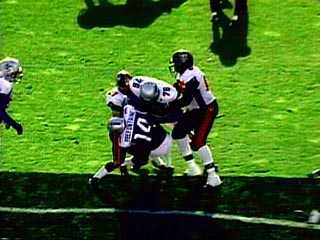 At 02:33 of the first quarter Noel Prefontaine faked a field goal and ran it in for a 10yd TD.

“Best kicker in the XFL.”