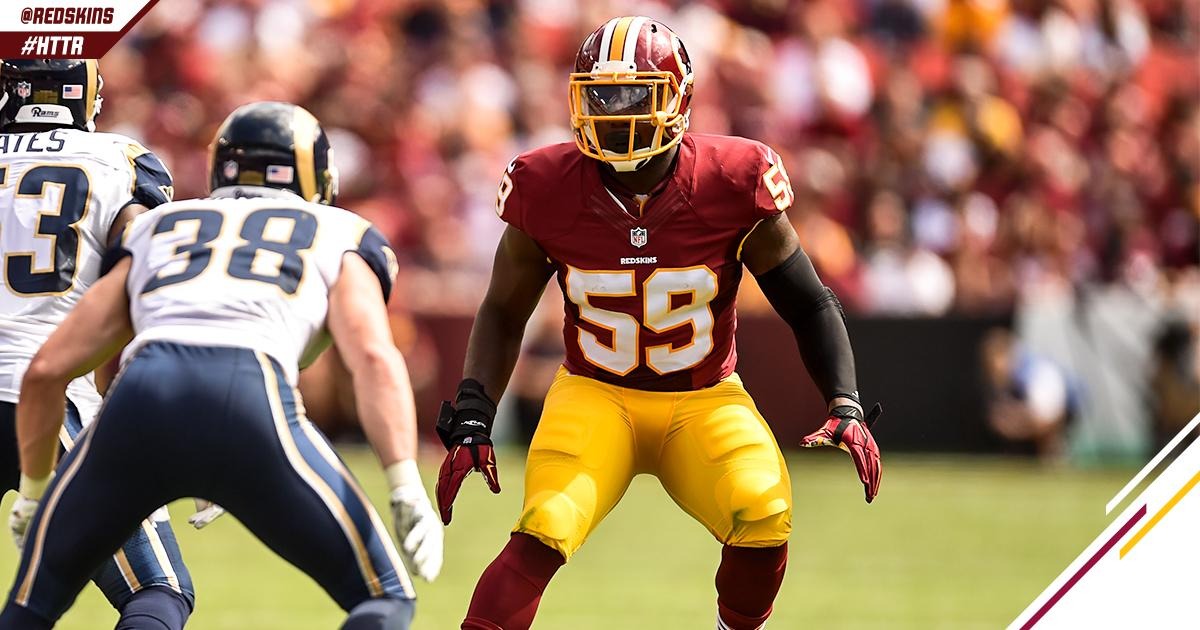 A former linebacker of the XFL’s Tampa Bay Vipers, Terrance Plummer could be considered as one of the most underrated linebackers in the league. Plummer was always around the ball, contributing to many plays during his time in Tampa Bay.

After attending the University of Central Florida, like fellow Viper and current Pittsburgh Steeler Matthew Wright, Plummer’s first professional opportunity came with the Washington Redskins in the preseason.

“Playing for Washington was an amazing first pro team to give me a shot and I’m forever thankful for the organization doing that,” Plummer shared. “Really helped me grow as a man and learn about what professional football takes at the highest level.”

A quick note is that a lot of NFL coaches are starting to realize the importance of special teams. The players that you play on special teams should be just as good as your defense because they need to stop the points and yards gained just the same as them. Even Marc Trestman, the head coach of the Tampa Bay Vipers, shared how important it was to make sure that your special teams unit is always top notch and speeding down the field on every kickoff and punt, even field goal if it is returnable or blocked. In short, Plummer playing special teams should be a huge plus for him and any team looking for a great player like him.

After his time in Washington was up he would see brief time in Minnesota for the Vikings on the practice squad.

Terrance Plummer next up at ILB for the #Redskins.

Next,  Plummer found a home with the CFL’s  Toronto Argonauts. He made his presence known for the Argonauts when it mattered the most, with a massive interception return for a touchdown in the 2017 East Division final. Plummer and his Argonauts would go on to win the 105th Grey Cup in 2017.

“The Grey Cup was an experience of a lifetime putting it all on the line for the championship with my brothers in arms. A life-changing experience I’ll never forget,” Plummer remembered.

Plummer was an Argonaut from 2016 until 2019, after that he had a brief stint with the Orlando Apollos, for one whole day, due to the fact the league folded the very next day. It was an unlucky time for Plummer.

Getting going as a Viper

The Vipers would bring Plummer to Tampa Bay in the open phase of the XFL Draft.  A very underrated snag for the Vipers.

“It felt great, I’ve played for Marc Trestman and Mike Archer and have a great relationship with those guys, and I got to play for Jerry Granville a special coach. We were a good team, just didn’t put it together at times but all in all great experience,” Plummer said.

Plummer was on the field for the first points in Vipers history, which would be an awesome experience for him.

“My favorite XFL memory was Tee-Time McFadden getting a pick-six in Seattle. The defense scored the first points in Vipers history, legendary,” Plummer remembered.

Plummer’s best game was when he absolutely went off against the Houston Roughnecks, bringing in four tackles, three quarterback hits, a tackle for loss, and a sack. He truly was a menace in the week three matchup.

We caught up with Week 3 Team Captain Terrance Plummer for another episode of @ ME 👇 pic.twitter.com/CKjMJMuxyu

Plummer would go on to be a team captain for the Vipers, which he backed up on the field with his 11 tackles, two sacks. He even had two games with four tackles each. Plummer always stayed hungry and strived to get better. His five quarterback hits would technically tie him for second in the entire XFL.

“Didn’t feel good actually, I’m a productive player and my tackles didn’t show that but I did have five QB hits two sacks, and some TFLs so I was productive in some areas but I aim for many tackles as I can get,” Plummer explained.

You have to love Plummer’s attitude and mindset. Some players would be happy with those stats, but Plummer knows he can be better, and always be around the ball.

After going 0-3 as a Viper, Plummer did not let that phase him at all. He would give a locker room speech and get everyone on the same page. The linebacker is a great guy to have in the locker room, as he does not get down on the team or himself ever, not on the field or off the field.

Plummer is one of the grinders that has not given up through the adversity that 2020 threw at everyone. He still trains every day and puts all the grind in.

“I’m training as usual even though 2020 threw me a curveball. I know that all I can control is me, and being ready for an opportunity to strap up again is what I do control,” Plummer said.

We certainly cannot wait to see Plummer back on the field and hitting players once again. He should have earned an opportunity this season, but per usual, it seemed like the COVID tryout restrictions were the reason that he wasn’t.

Plummer, even at  5’11, 218 lbs, may be called undersized by some. That doesn’t seem to matter as he hits hard, fast, and physical, just like any larger linebacker.

It is always certain that Plummer will always do just that anytime that his number is called. Plummer puts on a show, whether it be the XFL, the CFL or the NFL. He never gives up and always looks to stay ready for that call.

When asked if he would be ready to sign with an NFL squad tomorrow, Plummer said, “Stay ready so you don’t have to get ready, I’m always ready to go.”