In the second week of the XFL, the television viewing numbers dropped but remain very respectable. 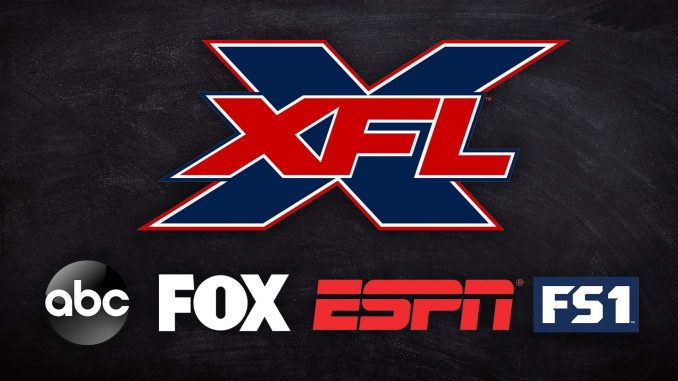 In the second week of the XFL, the television viewing numbers dropped but remain very respectable.

Here’s a ratings comparison of all broadcasts from Week 1 to Week 2 of the XFL:

This is the Reader’s Digest version of the story. The detailed version is a little more interesting.

While the ratings dropped on FOX and FS1, the XFL still outdrew other sports on television in that time slot. On Saturday, the Tampa Bay Vipers versus Seattle Dragons game on FOX drew 2.324 million viewers and the St. Louis Battlehawks versus Houston Roughnecks game on Sunday (on FS1) drew 1.359 viewers. Notably, the FS1 game outdrew two college basketball games, as the Iowa-Minnesota and Utah-Oregon games did not draw even half the viewers as the XFL did.

In week one, the FOX Saturday game drew 3.2 million viewers, so from week to week, the viewership dropped by nearly one million. The Sunday game in week one was on regular FOX and drew 3.3 million viewers. This is a huge difference to week two but, the channels were different and FS1 has a smaller reach than FOX, a regular broadcast channel.

If there isn’t a significant drop in viewership in week three, the XFL will have settled on a good level of viewers in order to build their brand and move forward as a league.

Last year, the Alliance of American Football drew 2.9 million viewers for its first game, but saw ratings plummet afterward. Fortunately for the XFL, they have a much better television deal than the AAF.

After the first AAF game aired on CBS, the broadcasts switched to cable networks and streaming services such as TNT, NFL Network, CBS Sports Network and the B/R Live streaming service. On the other hand, the XFL will air mainly on broadcast television for its entire season.

The XFL always felt their game broadcasts had to at least be competitive in the time slots where they aired. So far, this is very true. There may be some concession made to this guideline when sports fans inevitably focus on March Madness next month. The XFL already expects to lose viewers to the very popular annual college basketball tournament.

Tampa Bay Vipers positional grades vs. Seattle Dragons (week two)
COLUMN: Vipers in a Must Win…er…M*st W*n situation on Saturday against the Roughnecks