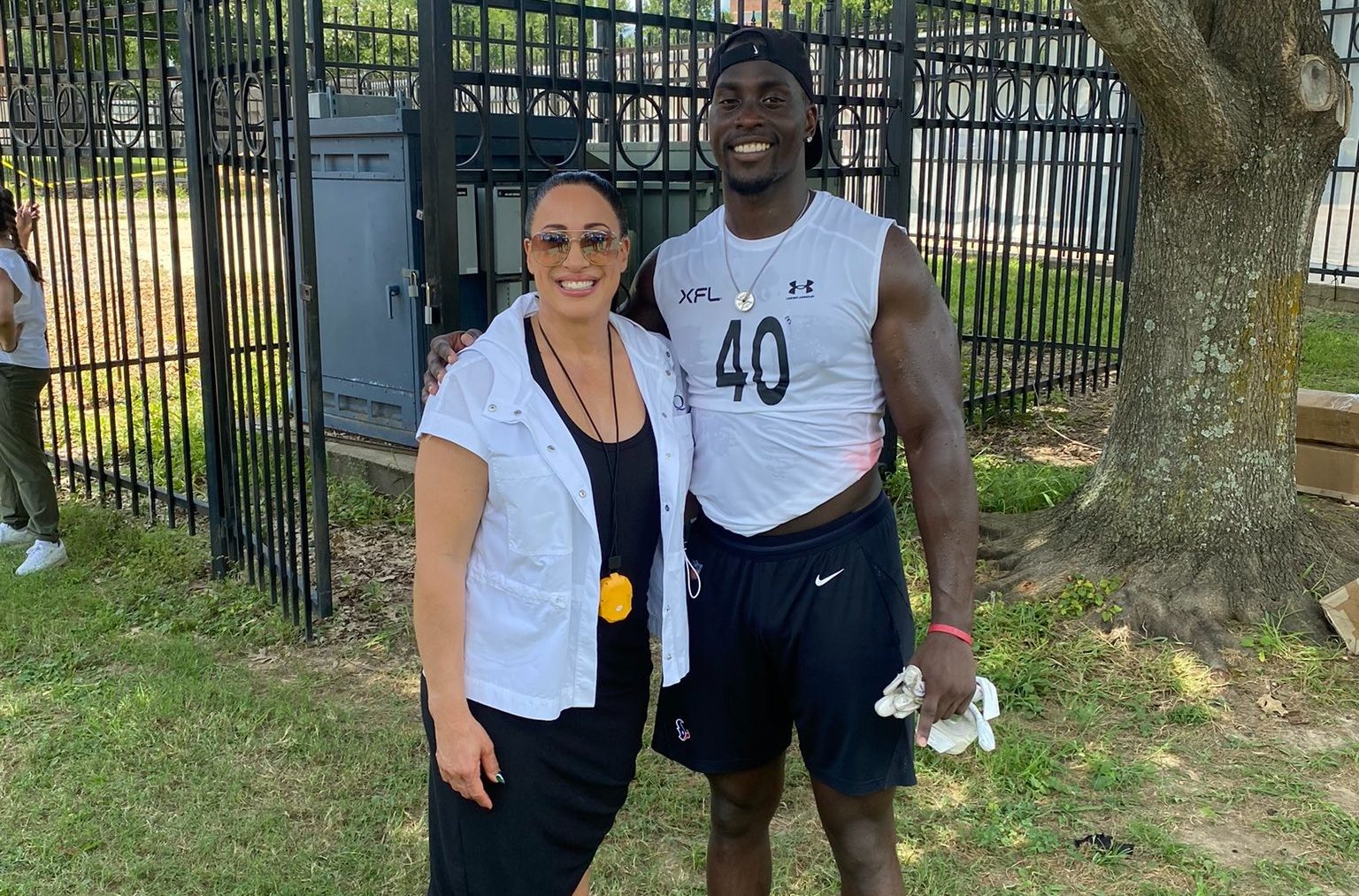 Former Alabama A&M Bulldog Kalias Robertson has been a footballer since grade seven. Robertson has always had a real desire to play the game, ever since his grandfather taught him how to throw a football.

“I started playing football around seventh grade,” Kalias explained. “I kind of fell in love with the process, going to practice at the school, getting ready, getting mentally ready. I just took it all in.”

Robertson still has a love for the game, which has led him to chase the dream of playing professional football.

Recently, Robertson attended the XFL player showcase in Jackson, Mississippi. Aside from having the drills normal for a football combine, the XFL, through Breakaway Data, ramped up the technical recording of the players’ performance.

“It was really like your basic combine,” Kalias said. “It was on computer, so you had to make sure you got the ball fast enough and able to sprint out, then the computer caught it. It was really just amazing how they were able to do that. That’s something new brought to football.”

Aside from the technology, Kalias recognized how important it was to meet the Coaches, Directors of Player Personnel, and other staff.

“It was actually great. I had a great time meeting the coaches and some of the DPPs and personnel people. I also got to meet The Rock… so it was pretty fun,” Kalias said. “Going through something like this, with how new it is, and with new coaches and new personnel, it was different.” Kalias explained. “I had a chance to talk with them. I let them know what I’m able to do and what I would bring to their team.”

Kalias does admit it was a treat to meet XFL owners, The Rock and Dany Garcia. He considered it an honor to get his photo with Dany, as she is, “Just as important as The Rock… I got a chance to talk to her. It was great.”

Thankful again for the XFL invite to showcase my talents today ! put in some work today and left it out on the field! Was able to talk to personnel and coaches, can’t wait for the draft ! @reggiebarlow @_VHutchins @mvp86hinesward @DDykemanXFL @DougWhaley9 @cjcXFL @AustinJamesXFL pic.twitter.com/fpqElMIaTN

At the showcase, Kalias heard Dwayne Johnson’s presentation, where he told the story of his own football journey, and what made him a Player 54, essentially the odd-man out in a standard 53-man NFL roster. Kalias identifies with The Rock on this point, as he has been fighting for a spot on a roster, and had come close when his Achilles tendon gave out.

“I’m thankful for the XFL because before 2020, I was picked up by the Los Angeles Wildcats with Coach Moss and he gave me a shot,” Kalias recounted. “Unfortunately, I kind of tore my Achilles in my workout. He had planned on signing me.”

It’s not surprising that Kalias has not given up.

“My mindset allowed me to bounce back, do my rehab, do my different stuff, and get back to where I am now. Now, I’m 100%. I’m just ready to go, ready to play some ball,” Kalias said.

For Kalias, there’s a reason for everything, and it was “God’s plan” for him to be where he is today.

“I’m looking to get back into it, and be able to tell my story,” he vowed.