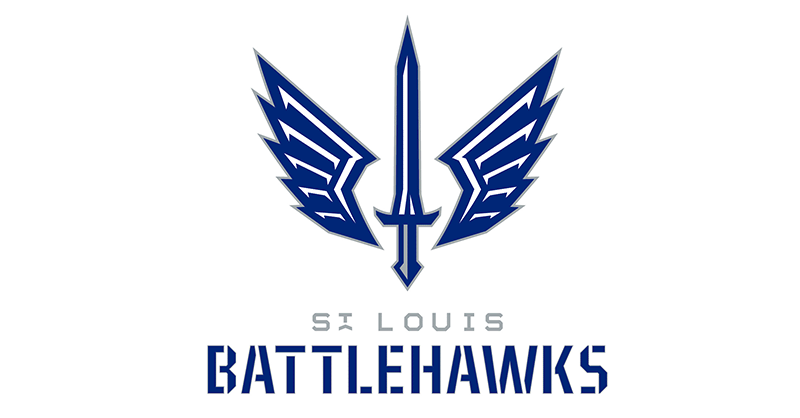 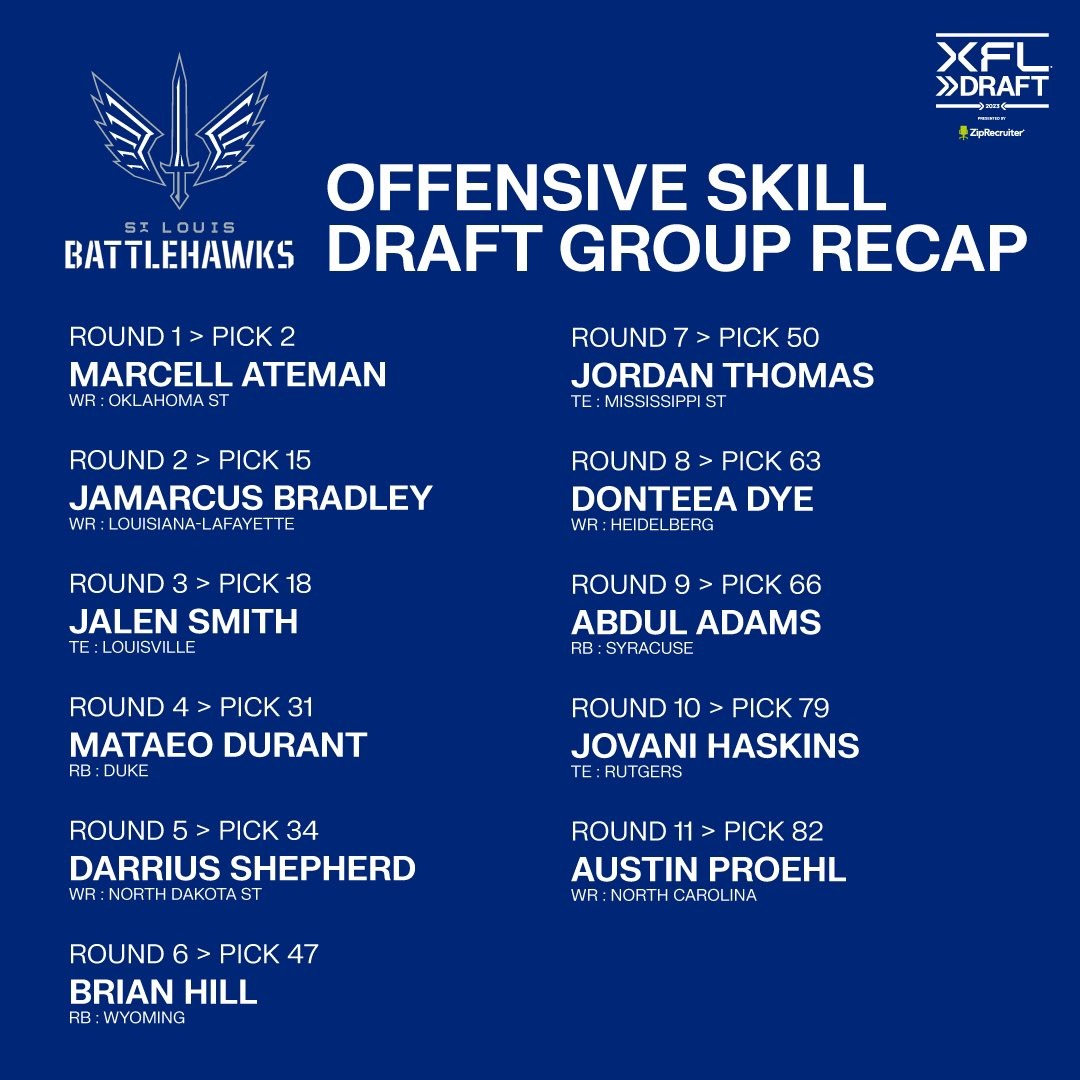 St. Louis was productive in its Skill Position Phase, highlighted by Marcell Ateman as the first pick. Ateman is a former NFL draft pick and has 20 receptions in the league. He’s also a big target at 6’4″. Ja’Marcus Bradley should compliment Ateman nicely in the pass game. Austin Proehl returns to the XFL, he of the first touchdown in XFL 2020 history. Two of St. Louis’s three tight ends are heavyweights, with Jordan Thomas and Jovani Haskins both tipping the scales at over 250 pounds. Jaylen Smith is a converted wide receiver, so he’ll likely be the pass-catching option at the position. The team’s running backs are intriguing, with youngers Mataeo Durant and Abdul Adams, as well as veteran Brian Hill. 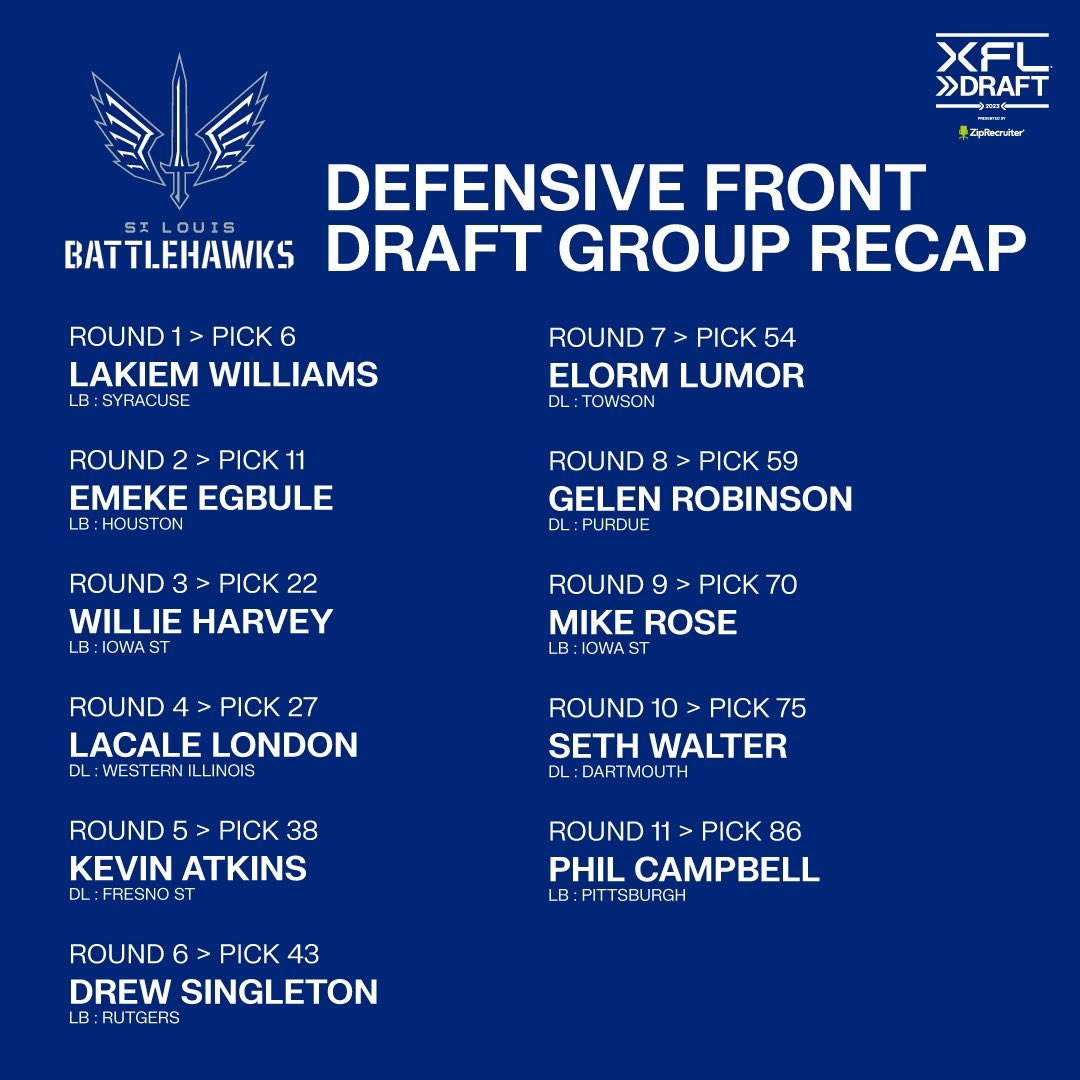 Defensive Coordinator Donnie Abraham may be planning a 3-4 front with the addition of Kevin Atkins as nose tackle (I wrote about Atkins as a player the XFL should be interested in here), as well as the drafting of six linebackers to four defensive linemen in this phase. Elorm Lumor is listed as DL, but he could easily play OLB in an odd-man front. Mike Rose could thrive as a MLB in a 3-4. Expect the pass rush to come from the top two picks, Lakiem Williams and Emeke Egbule. There are a couple of light LBs in the group with Williams, who goes 227 pounds, and Phil Campbell, a converted safety. 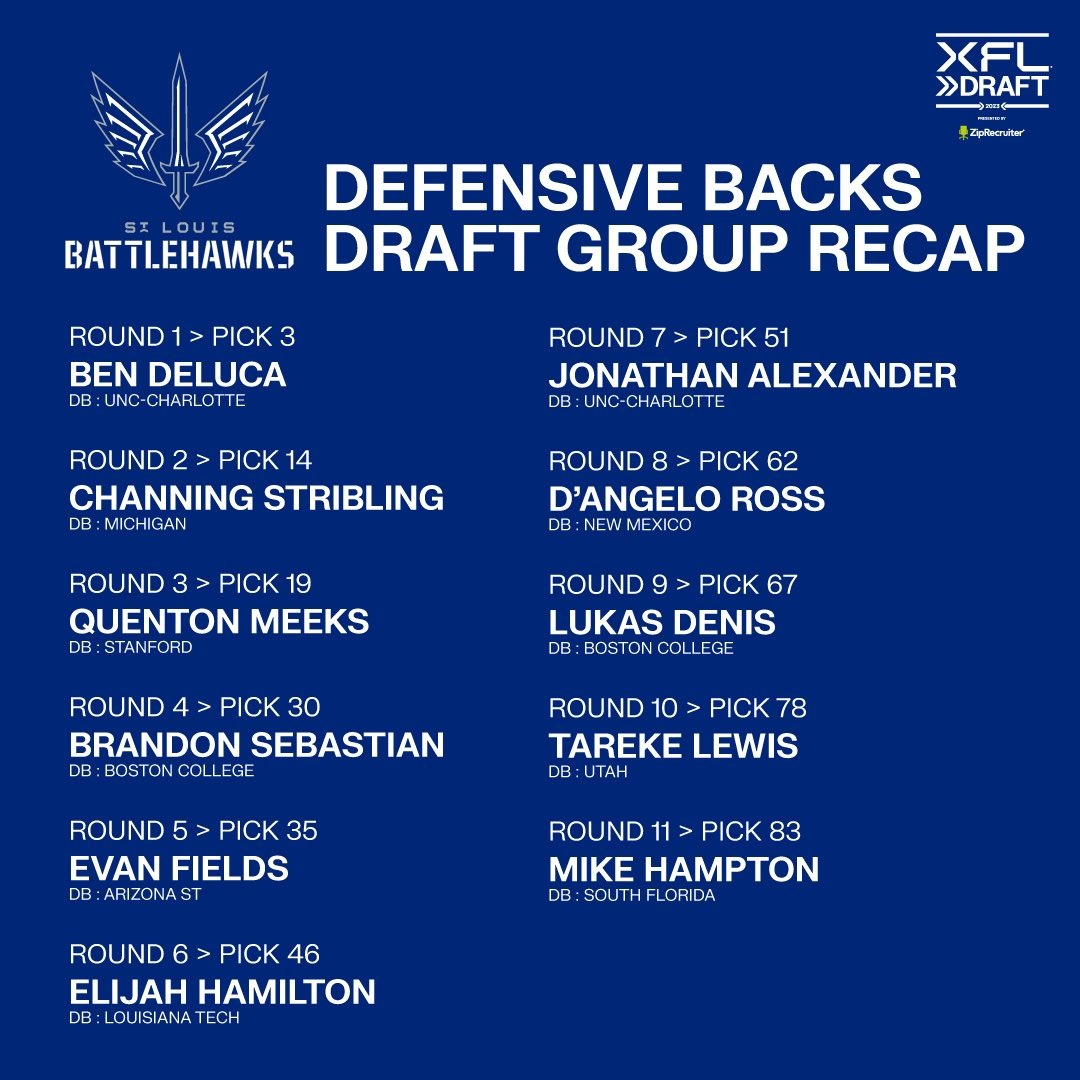 The top three picks here are really strong. Ben DeLuca spent 2021 on the practice squad of the Los Angeles Chargers and lasted until final cuts this summer. Channing Stribling led the USFL in interceptions this year, parlaying that performance into a contract with the NFL’s Washington Commanders. Quenton Meeks is another player who went from the USFL to the NFL to the XFL. St. Louis took a couple of fliers late in Lukas Denis, Tareke Lewis, and Mike Hampton, making the results of the Defensive Backs Phase feel somewhat top-heavy. 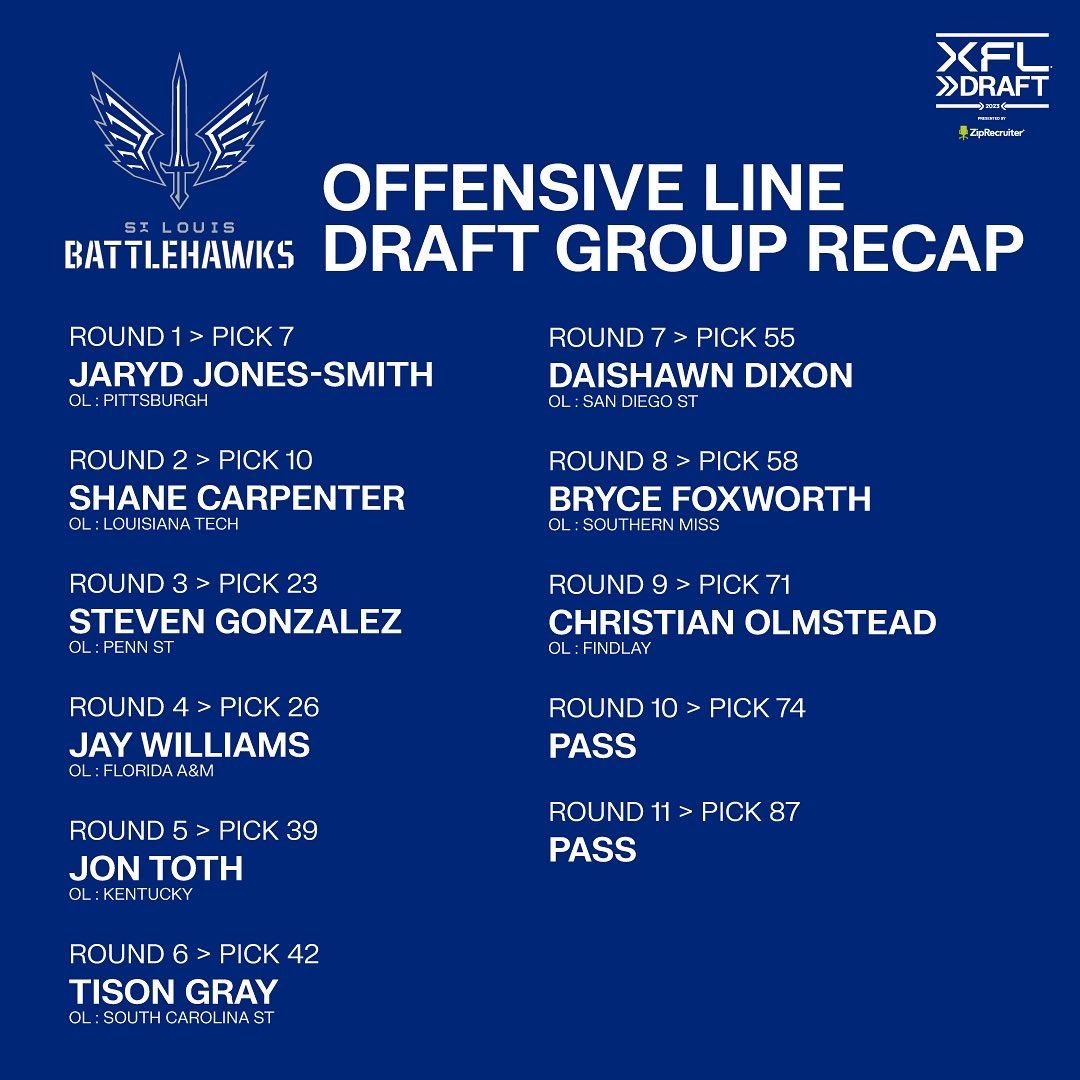 Though offensive linemen can often play multiple positions, it appears the Battlehawks took four tackles, four guards, and one center. The center, Jon Toth, returns to the XFL after starting at the pivot for the Defenders in 2020. He’s also been on-and-off the Washington Commanders roster and practice squad since then. In a relatively weak OL pool, getting a strong center is a smart move. A lot of question marks for the rest, with their first pick, Jaryd Jones-Smith, having the most pro experience and the likeliest of the group to start at left tackle. As with most teams in the XFL, St. Louis will look to add on to the depth here in the supplemental draft.

While Battlehawks fans will be disappointed they won’t be able to cheer Marquette King’s punts in the dome in 2023, they got a good one nonetheless in Sterling Hofrichter, the rare punter taken in the NFL Draft (in 2020). Billy Taylor was one of the top long-snappers to come out this past spring. Those positions appear set, but expect the team to add some competition at kicker along the way.

At quarterback, Nick Tiano was added to the room, joining the previously announced AJ McCarron and Ryan Willis. Tiano has some NFL and CFL camp experience, but it’s hard to see him breaking through over the other two. In the open phase, social media favorite and former New York Guardian Jake Sutherland was added, another tight end north of 250 pounds. DT Damion Daniels will challenge Atkins at the nose. Gary Jennings may be the most recognizable name as a former 4th round NFL draft pick.

Best Pick: Getting Mike Rose in the 9th round seems like a steal; he has the chance to be a top tackler and the leader of this defense.

Questionable Pick: I get that the depth was not great, but Shane Carpenter seems like an off-the-radar pick for your first interior offensive linemen and your second-round pick of that phase.

Small School Stud: I couldn’t tell you what state Findlay is in, but Christian Olmstead has a chance if St. Louis doesn’t significantly improve its offensive line depth before training camp.

Strongest Position Group: The running backs go four deep with Durant, Hill, Adams, and Leddie Brown taken in the open phase. All four of them have traits that could help them emerge as the lead back come February.

Weakest Position Group: You’ll probably see this as a theme running throughout these draft recaps, but it’s offensive line, specifically the guard spots.