“We are excited to welcome these three talented quarterbacks to our league and look forward to mini-camp when our teams get on the field and competition begins.” 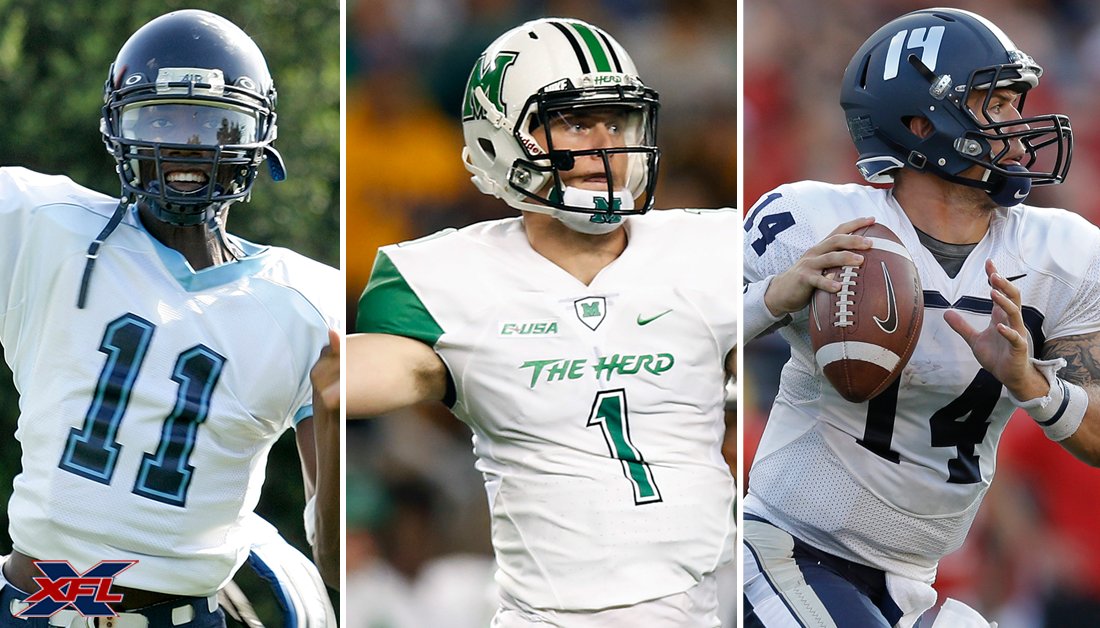 “Our coaches and scouts are continuing to identify the very best talent available to the XFL and our teams, which elevates the level of competition,” said XFL Commissioner and CEO, Oliver Luck. “We are excited to welcome these three talented quarterbacks to our league and look forward to mini-camp when our teams get on the field and competition begins.”

Josh Johnson, LOS ANGELES WILDCATS:
A veteran QB with 11 years of NFL experience, Johnson has played in 33 games with eight starts and compiled a 55% completion percentage with 1,632 yards and 8 TDs. The Oakland, CA native spent 2019 with the Detroit Lions and 2018 with the Washington Redskins, where he threw for 590 yards and three touchdowns in three starts. An All-American and Walter Payton Award Finalist at the University of San Diego, Johnson was drafted in the fifth round of the 2008 NFL Draft.

Chase Litton, SEATTLE DRAGONS:
Litton finished his college career at Marshall University ranked fifth in school history in career passing yards (8,332), fourth in career passing touchdowns (72), and completions (727). The Florida native is the second QB at Marshall to complete 60% of passes in three consecutive seasons. After his final season (2017) where he set single-season highs in completions (266), passing yards (3,115), and passing touchdowns (25), Litton declared for the NFL Draft and was invited to the NFL Scouting Combine. He spent time with the Kansas City Chiefs (practice squad) in 2018 and the Jacksonville Jaguars (practice squad) in 2019.