XFL Rounds up all Eight Teams for Training Camp in Houston

Oliver Luck announced that Houston will host the league’s centralized preseason training camp for all eight of its teams.

XFL teams will practice and continue to get ready for the 2020 season at locations across Harris County from January 4-22. Nearly 1,000 players, coaches, staff, game officials and production teams from FOX Sports and ESPN, will descend on the city for nearly three weeks of training and operations.

The XFL has committed to more than 10,000 room nights for players and staff who plan to consume more than 60,000 meals during their time in Houston. According to the Harris County – Houston Sports Authority, the XFL training camps are expected to generate in excess of $7,000,000 of revenue for Harris County.

“Houston is a sports town,” said Houston Mayor Turner. “We have great fans and we support our teams. The XFL made the right call when it chose the city as the home of the Roughnecks, and now, I am even more excited that all eight XFL teams and nearly 1,000 representatives will come to the Houston area for their training camps in January 2020. I’m confident this will generate a great deal of fan excitement and interest in the new football league.”

“We’ve been involved since the initial proposal to the XFL and for me and my team to see it through and get to this point is incredible,’’ Burke said. “We’re thrilled to have all eight teams starting off here in Houston and equally as thrilled that the fans will get to share in the launch of this new league. They’re bringing a new exciting brand of football to a city that loves the game, and we’re proud that we were able to play a part in it.’’

Starting January 4, XFL teams will practice at the following facilities: 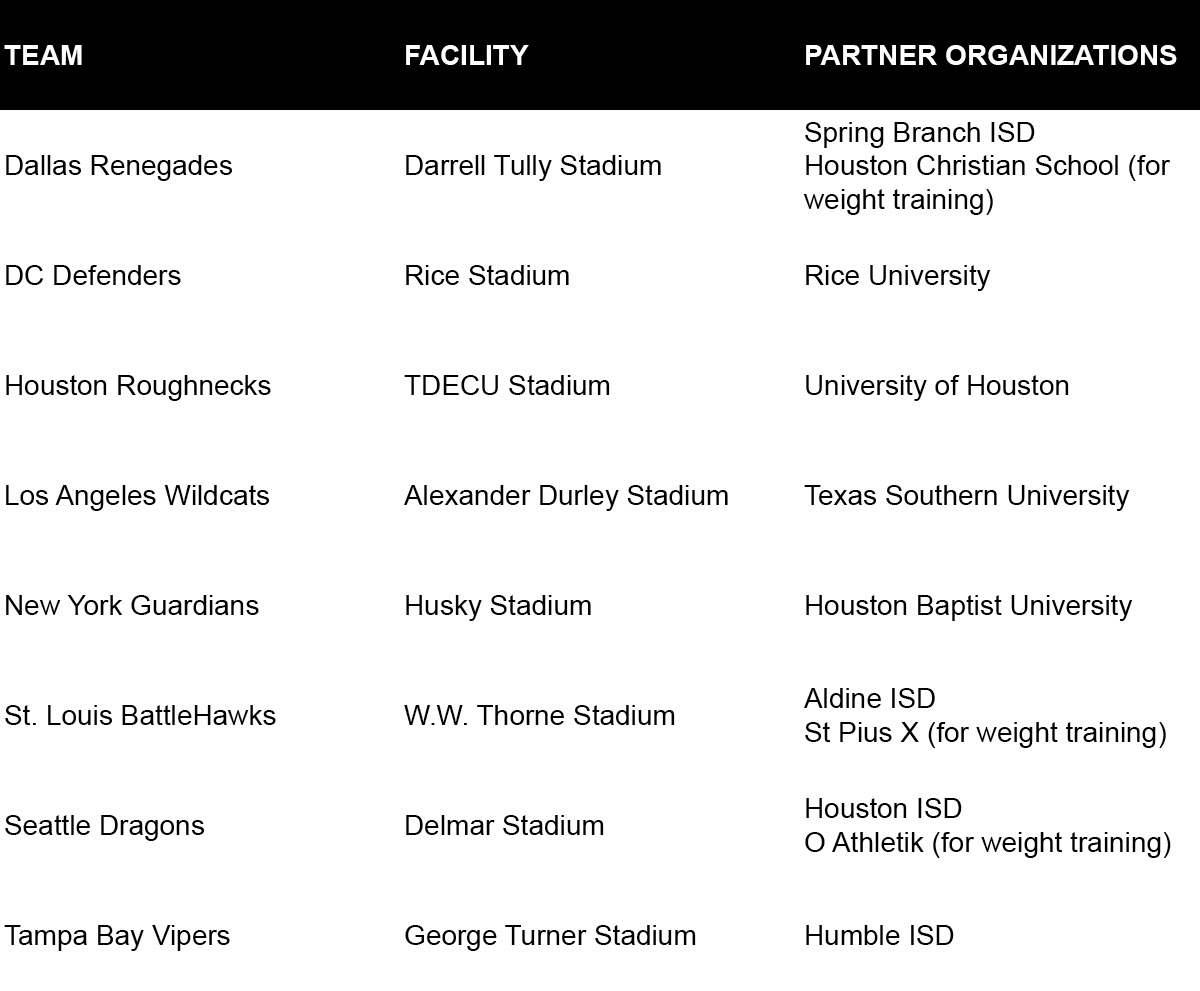 “Everyone at the XFL is grateful to each of the area college and high school athletic directors who have helped make this a reality,” said Commissioner Luck. “We are excited to welcome our teams to Houston and benefit from these world-class facilities as we prepare for kick-off on February 8, 2020.”