A perfect signing for the struggling Jets, the 29-year-old veteran will be a great option for the Jets to fall into.

Castillo has quite the professional kicking background to his record, which includes a brief NFL stint with the Atlanta Falcons, then to the CFL, a brief stay in the AAF, back to the CFL, then the XFL, now back to the NFL.

The kicker was rumored to have passed three COVID tests just since last Wednesday in order to come to a tryout. This move for Castillo came after the CFL canceled their season and let players opt out of their contracts if they chose.

Castillo kicked for a trio of teams in 20 games from 2015-2017 between the Winnipeg Blue Bombers, Ottawa Redblacks, and Hamilton Tiger Cats where he made 39-of-47 field goal attempts and missed just two of his 27 attempts on the point after.

He originally signed with the BC Lions of the CFL.  In 2019, as a Lion, he had an amazing year, making 41-of-45 field goal attempts as well as hitting 30-of-33 point-after attempts for a success rate of over 90 percent in both categories. Castillo brought home the honors of West Division All-Star selection as a kicker.

For the 2020 season, Castillo joined the Houston Roughnecks which he put on a great showing especially on deep kickoffs. He made five of nine field-goal attempts for the undefeated Roughnecks. He handled 31 kickoffs in Houston landing four of those inside the 20-yard line. That ranked Castillo third among all XFL kickers in that category.

The Jets are very smart for stashing Sergio Castillo on the practice squad. Sam Ficken, the current Jets kicker, is perfect on field goals this year making seven of seven with a career-long of 54 yards. But, in the season of COVID and injuries, it is always a nice safety net to have a solid kicker and/or punter on the practice squad. 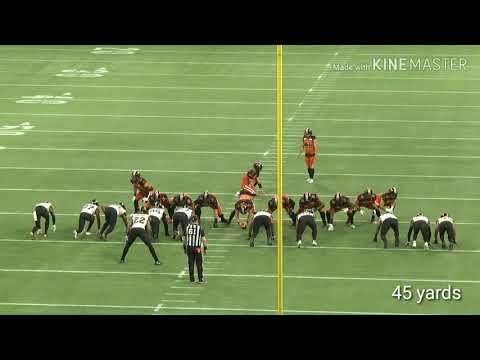 Castillo really does hit a beautiful ball when he kicks it. Great height and typically it falls right down the middle, even deep from 45 yards and more.

A perfect signing for the struggling Jets, the 29-year-old veteran will be a great option for the Jets to fall into with no worry of being ready. Castillo always prides himself on being ready and the best he can possibly be every single day. That is a great motto to live and play by.

XFL: We will allow kneeling as a form of protest
XFL Wildcat Giorgio Tavecchio: The Road Less Traveled