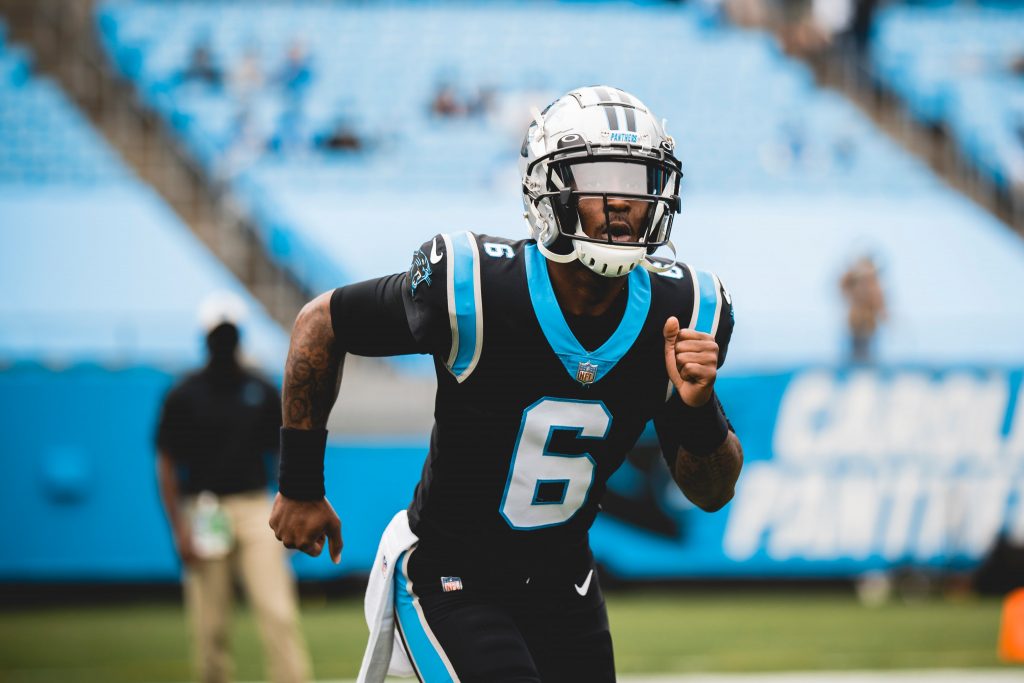 Walker’s day did not come easily. The Lions pinned them deep in their own territory on the kickoff which would engineer a long road for Walker. As the saying goes, “When you come to a fork in the road, take it,” Walker did and he stole it. He would rally a 94-yard touchdown drive which led to a rushing touchdown for Mike Tolbert.

The former Roughneck showed his poise fresh out of the gates. He stayed calm and level headed just like his days back in Houston.

Throughout the first half, he would battle and prove why he should be a very solid number two quarterback or number one when needed. Walker would end the half by throwing 22 passes, completing 14 for 157 yards, one interception.

Knowing it is his first career NFL start, that is not very bad at all, only eight incompletions at least three were dropped or smacked out of his receivers’ hands. The interception was just purely a mistake. Walker was looking for his wide receiver DJ Moore in the endzone and did not see the defender right next to him.

A poised and hungry PJ Walker came out of the tunnel for the second half, he looked even more invigorated than at the start.

He was not afraid to trust his gut and sling the football into coverage for a completion.

The drive would lead to PJ Walker’s first career NFL passing touchdown to Curtis Samuel, an absolute dime of a football thrown by Walker for the 18-yard score. That pass would also put Walker over the 200-yard mark for passing.

Walker would battle all throughout the second half , fighting for each play, but ended up throwing one more interception.

He would not find the endzone again in the air but what stuck out most for Walker was his accuracy and throw on the run ability. Many times his line collapsed and he either stepped up in the pocket or ran out and threw the ball. He is not afraid to take risks and that is what is very likable about him.

Walker would end the night throwing 34 passes, completing 22 for 258 yards, a touchdown, and two interceptions. That is a very respectful first start in the NFL. He only had two incompletions the entire second half.

Walker showcased his elusiveness, a great arm, and awareness getting better each drive.

Walker’s awareness and confidence gained throughout the game, he would get less scared to take risks and hammer the ball into where ever he wanted.

The Carolina Panthers had the chance to first-hand witness, what Walker is capable of and they know they’ll never have to worry about a backup if Teddy Bridgewater gets injured again or has to miss another week due to his injury.