“The locker room was great and it was an experience I wouldn’t trade for the world,” de Beer recalled. 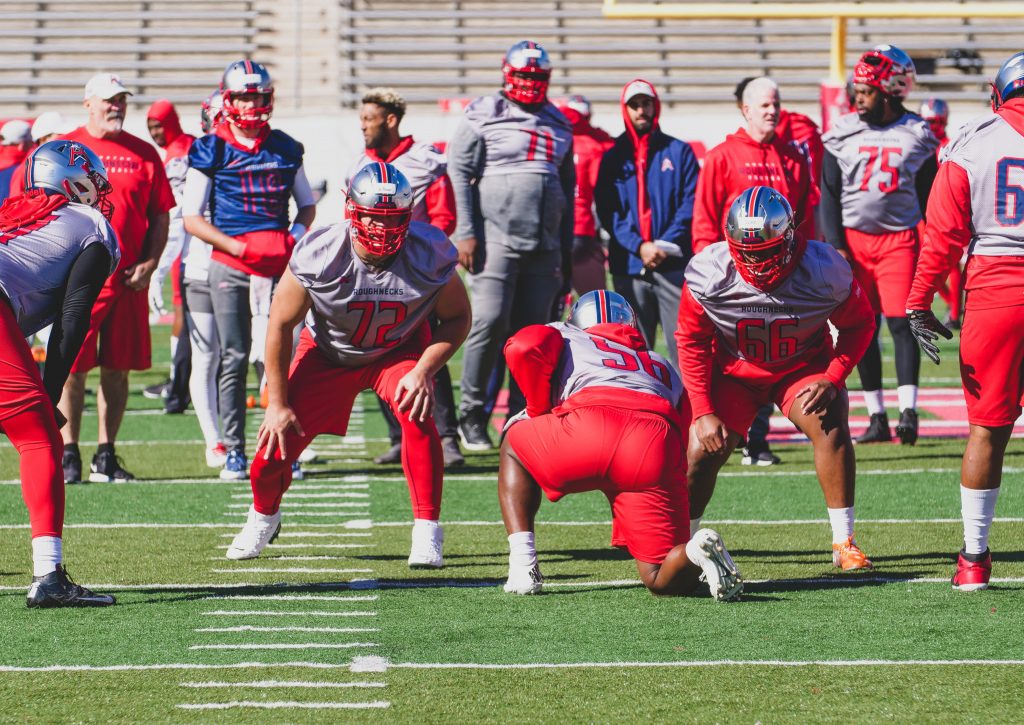 The South African native, Gerhard de Beer stayed hungry his entire football career. Whether it was traveling to the United States to pursue football in college, or helping out two XFL teams, de Beer has shown massive amounts of strength both physically and mentally all throughout his life.

De Beer’s first love was rugby. He played rugby all the way up until when he came to the United States to attend Arizona University. “It was very hard to integrate such a competitive sport and fighting for an opportunity against guys that have been playing this sport for so many years,” de Beer said.

De Beer played three seasons for the Arizona Wildcats. His senior year made the start in all 13 games. He would represent his Wildcats as a team captain in three games facing the Houston Cougars, California Golden Bears, and the Oregon Ducks.

The former Wildcat would go undrafted in the 2018 NFL Draft but de Beer would sign with the Buffalo Bills from May until final roster cuts.

After that, two months later the Green Bay Packers would give de Beer an opportunity and eventually sign him to the active roster until the season ended. de Beer would stay a Packer until the end of the next preseason.

His next NFL stop would be with the Indianapolis Colts for three days.

“It was an amazing experience to be part of such great organizations and I loved every moment of it,” de Beer said of his NFL time.

The Houston Roughnecks @XFLRoughnecks drafted me yesterday to the XFL! Thank you for the opportunity. #roughenough pic.twitter.com/6tZCf5L6Co

After de Beer went undrafted in the NFL Draft, he was not passed over by the XFL. The South African native would hear his name called by the Houston Roughnecks on draft night.

“I was excited. Football is huge in Texas and I got to experience what folks are always talking about,” de Beer reminisced.

He would stay with the Roughnecks through camp before being cut during final roster moves. But, he was placed on the XFL’s Team 9, essentially a practice squad for the entire XFL.

On March 9th, the St. Louis BattleHawks gave de Beer a chance. The crowd sure loved the BattleHawks and every player, with the atmosphere in the dome crazy with the fans who brought energy.

“They sure did. And they had so many tickets sold for the next home game. It is such a shame the season got shut down.” de Beer said.

Even the BattleHawks as a team seemed to have great camaraderie and brotherhood. The postgame celebrations always looked great.

“The locker room was great and it was an experience I wouldn’t trade for the world,” de Beer recalled. “The team was well run and we enjoyed the process.”

De Beer would remain a BattleHawk until the season came to a close. He enjoyed his XFL time very much.

“My favorite XFL memory was seeing all the familiar faces from all over the league and people you have met,” he said.

I recently had an injury that put all my plans to a halt. I have been out for quite some time. As I progress through this injury, some things have discouraged me from playing football completely. But I continue to fight to get healthy and chase my dream of playing #walkthewire pic.twitter.com/R373GxIgPH

De Beer has been battling an injury but is not letting it stop him. He fights every day to come back from it, and show why he is so strong.

“I’ll be honest I’m not sure if I will be returning to football,” de Beer explained. “I hurt my back and have been recovering this past year and it has been a real battle.”

Regardless, de Beer has overcome so much to get to where he is today, be able to play in the XFL and the NFL, and at a power five football school.

As de Beer has still not completely ruled out a football return, he still enjoys watching a former Packer teammate. “I’m not sure I modeled after anyone though I really love the way that Bryan Bulaga plays and tried to study him. He is such a great professional,” de Beer said.

Gerhard de Beer is a tall, strong lineman at 6’6, 310 lbs. If he keeps pursuing football, he should have another chance to prove that he can still be a dominant force.

He also learned from the great Green Bay Packers offensive line. Another thing to keep in mind.