XFL Renegade LB Tre Watson is ‘ready’ for another opportunity

There is no reason for Tre Watson to be sitting on the bench. He has proven he can be a dominant force. 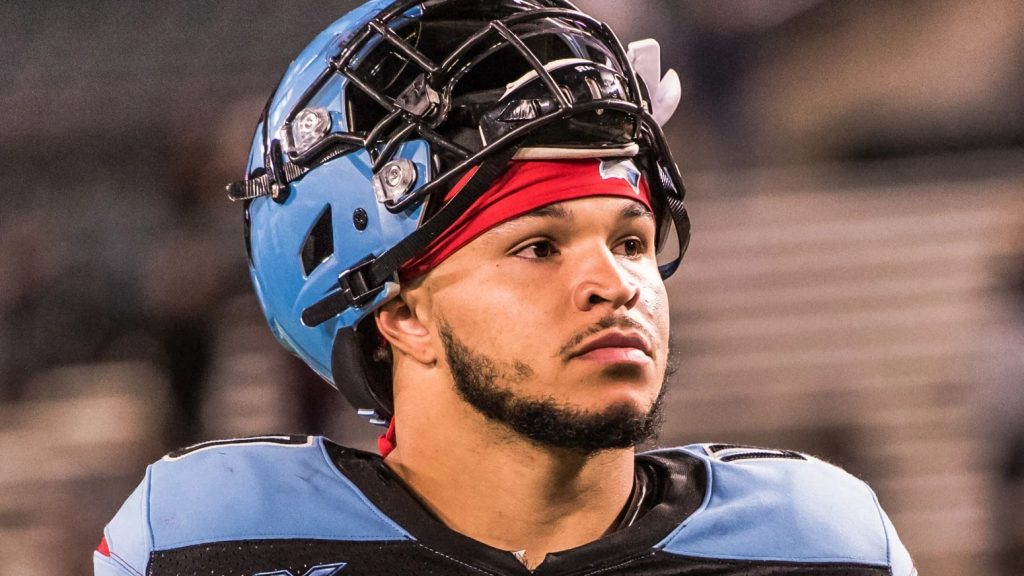 The former Dallas Renegades linebacker Tre Watson has always been one of the most underrated players at his position. He always showed his physicality even during his college days at Illinois and then Maryland as a Terrapin.

Diving in as a Dolphin

In the 2019 NFL Draft, Watson went undrafted but signed to the Miami Dolphins. He stayed with the Dolphins through training camp, and up to  the final roster cuts. Watson showed what he had in camp and preseason but still flew under the radar.

Being an undrafted player that ‘set a fire’ ablaze inside of Watson to be his best. When asked if being undrafted made him more motivated to prove himself.

“Of course it did, it made my path harder and shown me that there are people who doubt me even though I’ve proven to be productive with every opportunity I’ve been given. It’s what has made my process unique though and I have no choice but to embrace it,” Watson pointed out.

Raising Hell as a Renegade

Watson would not go undrafted again. In the XFL Draft, he would go on to be selected by the Dallas Renegades. Being drafted was a great moment for him/

“It was a good feeling to feel wanted, being released by teams hurts so to rebound by a team drafting me felt good and gave me positive feelings heading into that XFL season,” Watson said.

In week two of the XFL season, the Dallas Renegades would get their first win over the Los Angeles Wildcats in a 25-18 duel. The game was back and forth, just an old fashioned hard-fought football game. The game lines up as one of Watson’s favorite moments of his XFL time

“Getting the first win in LA, the game was back and forth the entire way. We had so many big pluses happen throughout the game, it was really rewarding to pull out the win at the end,” Watson remembered.

Watson also had two tackles in the game against the Wildcats.

Yes it was short lived, but the memories will last forever! Thank you @xfl2020 for everything and especially appreciate the wonderful fans who made playing in this league so much fun this year!! @XFLRenegades pic.twitter.com/hIVjgn7rGc

Sadly the league came to a close, but Watson still enjoyed his time as a Renegade.

“It was a positive experience all around, besides the league ending like it did the whole season was a ton of fun and its great to be playing high-level football,” Watson said. “The team was a good group of guys to be around and we built a solid relationship amongst ourselves quickly, which made the experience better for all of us.”

Watson is keeping his eyes on the prize through these crazy times.

“I’m staying ready just by working out and training every day,” he said. “I’m doing everything I can on a daily basis to be in the best shape possible so that whenever the opportunity to play again comes, I’m ready.”

He truly is a very underrated linebacker, at 6’2, 242 lbs, the former Renegade shows off his power each chance that he gets.

“I’d say guys who are impactful in all phases, so right now the best one would be Bobby Wagner and then Patrick Willis when he played,” Watson said. “Extremely physical players who are making an impact on the game each and every play with effort, IQ, and tenacity.”

He certainly lives up to the power of the guys he mentioned like Willis and Wagner. Each hit Watson puts on a guy, you can hear the crack all through the stadium.

“What I always prided myself on was my physicality as a linebacker and being able to be impactful both in the running game and in the passing game,” Watson explained. “That’s what allows us to stay on the field on 3rd downs, and that’s something I’ve always done even though I’m not considered the most athletic linebacker”.

Watch out for Watson

Tre Watson is a player that should not fly under anyone’s radar. He has great size to match his skill. He has seen both the NFL field and the XFL field, making him versatile to adapt to a team.

Another trait that can be picked up from watching Watson play is that he is a humble person. By that meaning he lets his stats and play talk, he doesn’t need to show off, he lets the stats and physicality do it for him.

There is no reason for Tre Watson to be sitting on the bench. He has proven he can be a dominant force.