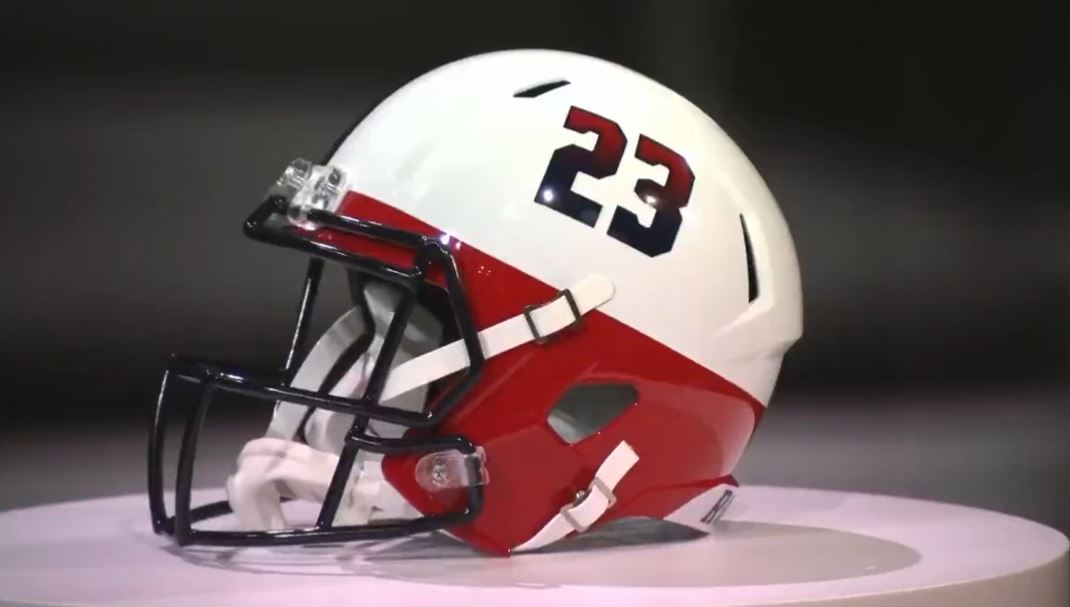 On Wednesday December 7, 2022, via an announcement made on ESPN SportsCenter the XFL released their new look team uniforms for their upcoming 2023 season.

The voiceover gave tantalizing hints as to the details behind the uniforms:

The XFL is back in February 2023, with a brand new identity and look. For the eight teams, each has a dynamic logo and distinct team identity that aligns with its community’s culture. The Lone Star state will be home to the Arlington Renegades, Houston roughnecks, and the new franchise San Antonio Brahmas. The Brahmas will embrace the McKerrow history with a cracked horn texture featured throughout. Out east are the DC Defenders and newly formed Orlando Guardians. The forest green with hyper-green gives a vibrancy to the paradise of Orlando. Returning franchises Seattle Sea Dragons and St. Louis Battlehawks will be proudly repping their cities with fresh new logos for the relentless fan bases. Last, but certainly not least, are the Vegas Vipers. The third new team of the XFL will rep a powerful red fang V-logo and snakeskin pattern for the lively scene. Tune in on February 18, 2023 on ESPN, ABC and FX to see these threads in action.

Below are some images taken from the video release.