If the XFL can lead all football leagues in health and safety protocols, fans get their best chance to watch football and the league its best chance at success. 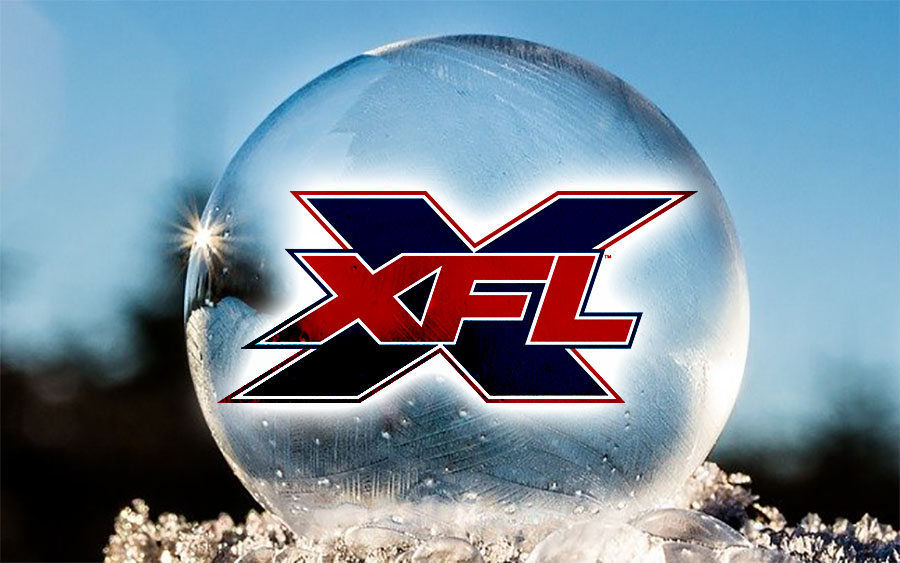 XFL in a Bubble. If the XFL can lead all football leagues in health and safety protocols, fans get their best chance to watch football and the league its best chance at success.

In the week since the new star-studded XFL ownership was announced, speculation has started to swirl about when the league may return and what it might look like.

COVID-19 will once again play a pivotal role in an XFL season. After the virus led to the cancellation of the 2020 season, subsequent bankruptcy, and sale, COVID-19 still looms large in the XFL’s future.

But, what once led to the XFL’s demise could turn into the biggest leverage point for future success.

Learn From Other Professional Sports Leagues

Six league’s seasons precede an XFL season potentially kicking off in February 2021. Leagues in a bubble include the NBA, WNBA, NHL, and MLS. Non-bubble leagues include the MLB, NFL, and NCAA football.

The XFL benefits from being able to observe best practices from each league. We have reached the stage of seeing what works and doesn’t work for leagues. This is where the XFL can differentiate itself from other leagues to ensure a season happens safely, in its entirety, and as scheduled.

Other football leagues are playing checkers leaving the chessboard open for the XFL.

The return of the NBA has largely been successful. They established a bubble at Disney resorts and are isolated from society. There are strict rules about who is allowed in the bubble, along with an entry quarantine process. Zero x2: zero positive test results for two weeks leading up the play, and zero canceled games over the first two weeks of the season.

This NBA Disney bubble is largely seen as a success at the cost of $150 million.

The return of the MLB has hit some major road bumps. Within the first week, the Miami Marlins had an outbreak of at least 20 positive cases resulting in seven games being postponed. A second separate outbreak also hit the St. Louis Cardinals with at least 16 positive cases of COVID-19, resulting in 15 postponements for the time being.

Major League Baseball does not have a bubble. Both outbreaks are alleged to be from community exposure due to player trips to clubs and casinos. There is no required isolation, and players are using this liberty and putting the season at risk. The coronavirus has also led to over 750 minor league players being released.

Using the MLB as an example is important. They are an example of what not to do and where rules can go wrong.

NFL training camps have opened and players have begun showing up to team facilities. There is no bubble, and the health and well being of the league are dependent on the actions of over 2,000 players, coaches, and other team personnel. The Super Bowl is still six months away. There are a lot of variables and dependencies needed for the NFL season to go on without a hitch.

College football is at risk to not taking place whatsoever. Players are practicing without fully established health and safety protocols. UCLA players demanded third-party oversight to follow what rules do exist almost two months ago to ensure their safety; at least eight players have contracted coronavirus since returning to training camp. Players want to play, but the NCAA is caught in business decisions and logistics about how to make it safe.

The multiple D-I conferences have already canceled their fall season, most notably the BIG10. Other major conferences are in active discussions evaluating the feasibility of the upcoming season.

Here lies where the XFL can come out ahead of the NFL and college football for the upcoming season. A well thought out plan for the next XFL season is the key to success, which does not necessarily mean a February 2021 kickoff is the correct or even incorrect answer.

With the core structure of the league already established with proven success, the XFL has time and bandwidth to establish the gold-standard of health and safety protocols. For 2021, it likely means a bubble. If that is the route the league decides to go, this may mean the new ownership group has to hedge their bet now on the league’s immediate success. As seen with the NBA, bubbles are expensive. While the XFL won’t be going to Disney, and will likely be much smaller, accommodations and facilities for players, families and team personnel are expensive.

If the NCAA fails to protect player best interests they also risk tainting the already fragile student-athlete relationship. Unhappy college players may be willing to forgo a college career to play in the XFL where their safety is of concern, they are compensated, and still maintain a stage to display their talents for prospective NFL careers.

If a 2021 season takes place, it must demonstrate health and safety protocols with the best interest of the community a team plays in. It must be able to keep all team personnel safe to play a full season from start to finish, XFL 2.0 couldn’t survive a shutdown and it’s likely not something worth risking for XFL 3.0.

The XFL has a significant challenge to reintroduce the league amid the pandemic. With a tactful humanistic approach they can carve out a strong path to once again establishing a secondary professional football league. The answer lies in a well thought out strategy that accounts for what coronavirus has thrown their way, and more.