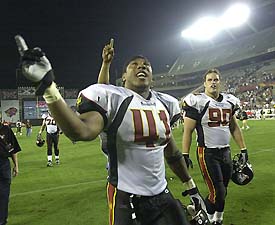 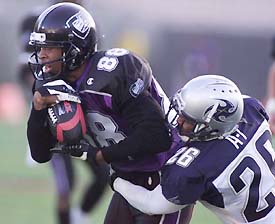 Junior Lord of the Chicago Enforcers is dragged down by Dell McGee of the Los Angeles Xtreme in the second half. (Allsport) 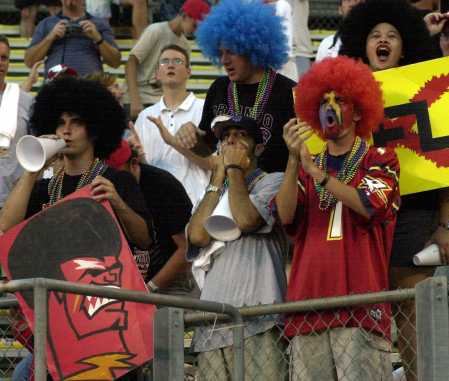 Orlando Rage fans participate in pre-game activities prior to the first XFL playoff game, between the Rage and the San Francisco Demons in Orlando. (AP) 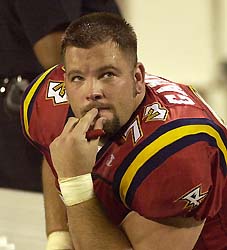 Orlando Rage offensive tackle Jason Gamble watches the time run out on the team with seconds to go in a playoff defeat to the San Francisco Demons in Orlando. (AP) 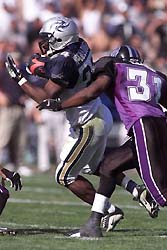 Saladin McCullough of the Los Angeles Xtreme tries to break the tackle of Kerry Cooks (31) of the Chicago Enforcers. (Allsport) 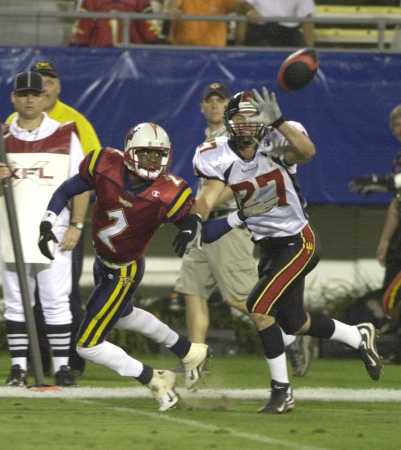 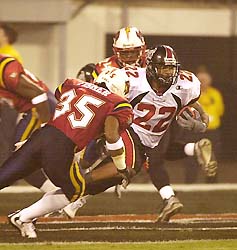 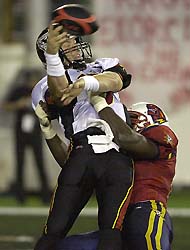 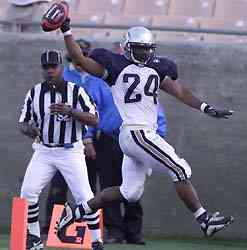 Saladin McCullough of the Los Angeles Xtreme leaps into the end zone after running for a long touchdown in the second half against Chicago during their XFL semifinal game. (Allsport)