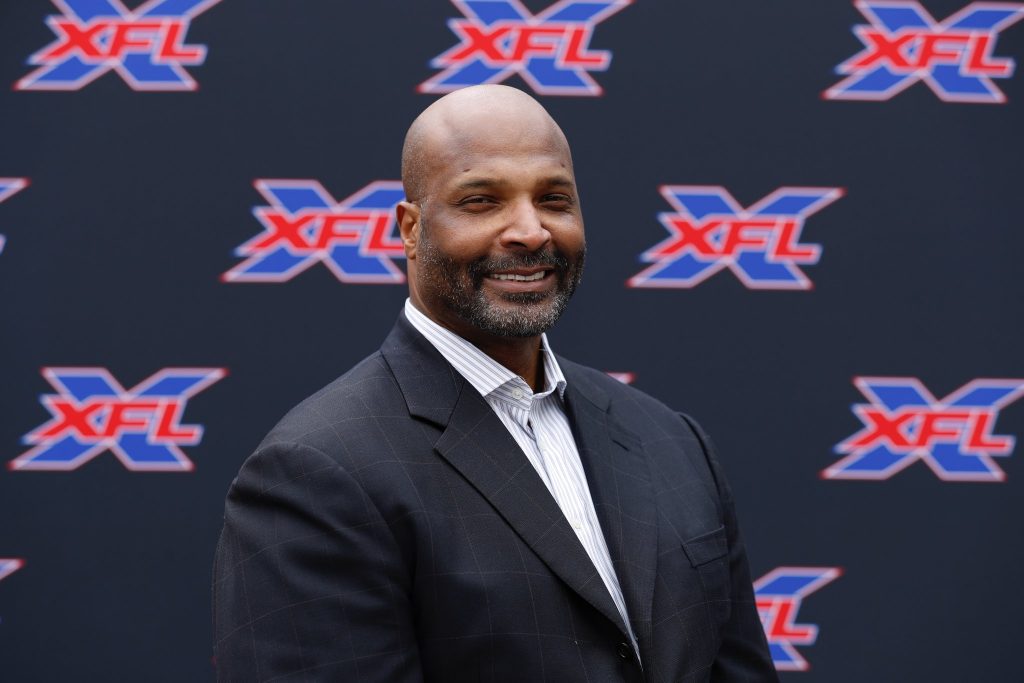 Los Angeles, Calif., May 7, 2019 – The XFL today announced that Winston Moss, most recently the associate head coach for the Green Bay Packers, and former NFL linebacker for the Seattle Seahawks, Los Angeles Raiders and Tampa Bay Buccaneers, has been named head coach and general manager of the XFL team in Los Angeles.

“We’re excited to welcome to our ranks a professional like Winston Moss, who has over 30 years of experience as an NFL player and coach,” said XFL Commissioner & CEO, Oliver Luck. “As a young athlete, Winston won a national championship with the University of Miami and, as an assistant coach, he helped the Green Bay Packers win Super Bowl XLV. These are two remarkable accomplishments, and we look forward to seeing what he has in store for the fans of Los Angeles.”

“Winston has an impressive resume as a player and coach in the NFL and is the perfect choice to lead our Los Angeles team on the field,” said Heather Brooks Karatz, the recently named president of the XFL team in Los Angeles. “His passion for football and commitment to providing unique access to our fans makes him the ideal partner for what we’re looking to accomplish. We’re going to work together to give the people of Los Angeles a great football team and exceptional fan experience.”

“I am so appreciative to have the opportunity to be a head coach and GM in the XFL, especially in a city where I spent four years as an NFL player,” said Moss. “Starting a team and a league from scratch is unique and exciting, and I’m looking forward to working with Heather and her team, to develop a new football franchise for Los Angeles.”

As an NFL linebacker for 11 seasons with the Buccaneers (1987-90), Raiders (1991-94) and Seahawks (1995-97), Moss played in 155 games (146 starts), recording 768 tackles and 20.5 sacks. In 1999, Moss began his coaching career as the defensive quality control coach for the Seahawks, the last team for which he played. In 2000, he assumed the same position with the New Orleans Saints, where he began working with Mike McCarthy. A year later Moss was promoted to linebackers coach, a position he held through the 2005 season.

He was hired in 2006 by incoming Packers head coach McCarthy, as linebackers coach and promoted to assistant head coach/linebackers in 2007. His shifted his focus in 2009 to inside linebackers in 2009 and then back to all linebackers in 2014. Moss was a member of the coaching staff in 2010 that led the Packers to victory over the Pittsburgh Steelers in Super Bowl XLV. Finally, he was named associate head coach, linebackers, in 2015, a position he held for the remainder of his time with the team.

While playing for the L.A. Raiders, his teammates voted him the winner of the Ed Block Courage Award for his commitment to community service. He also received the NFL Players Association Unsung Hero Award for his leadership capabilities on and off the field. And, in 1997, the Seattle Seahawks players awarded Winston with the Steve Largent Award, recognizing the team contributor who best exemplified the spirit, dedication, and integrity of former Seahawk wide receiver Steve Largent.

Moss was a four-year letterman at the University of Miami (Fla.) and helped the Hurricanes win the 1983 national championship. He was inducted into the school’s Sports Hall of Fame in 2015.

When the XFL kicks off in February 2020, the Los Angeles team will play its home games at Dignity Health Sports Park in Carson.