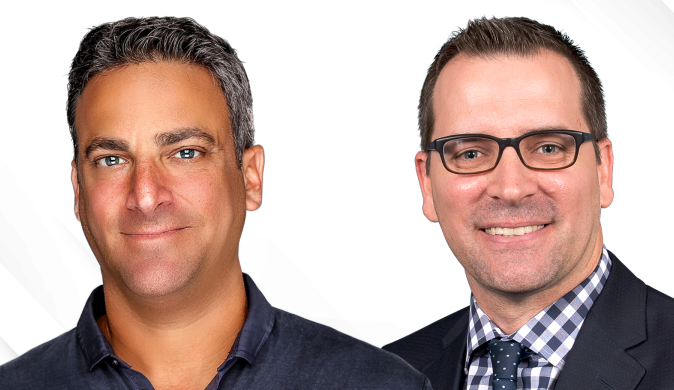 Schlachter will be responsible for building the XFL’s sponsorship and corporate partnership business and overseeing the new league’s advertising, marketing, communications, and consumer product initiatives.

Throneburg will work directly with each of the XFL’s eight team presidents to help engage with fans and the community, sell tickets, build local promotional initiatives, and develop the game day experience.

Both Schlachter and Throneburg will report to Jeffrey Pollack, XFL President and Chief Operating Officer.

“Jordan and Derek are proven leaders who bring the energy and spirit we need to successfully launch and then grow,” said Pollack. “Neither is afraid to experiment or challenge traditional thinking and Vince McMahon and I welcome them warmly to the XFL family.”

Schlachter holds a bachelor’s degree in American History from Harvard University and an MBA from New York University’s Stern School of Business.

Throneburg graduated with a bachelor’s degree in Sports Management from the University of Illinois, where he also played on the Fighting Illini baseball team. He sits on the advisory board of the Illinois Sports Business Conference and is a member of Salesforce Marketing Cloud’s Customer Advisory Board.