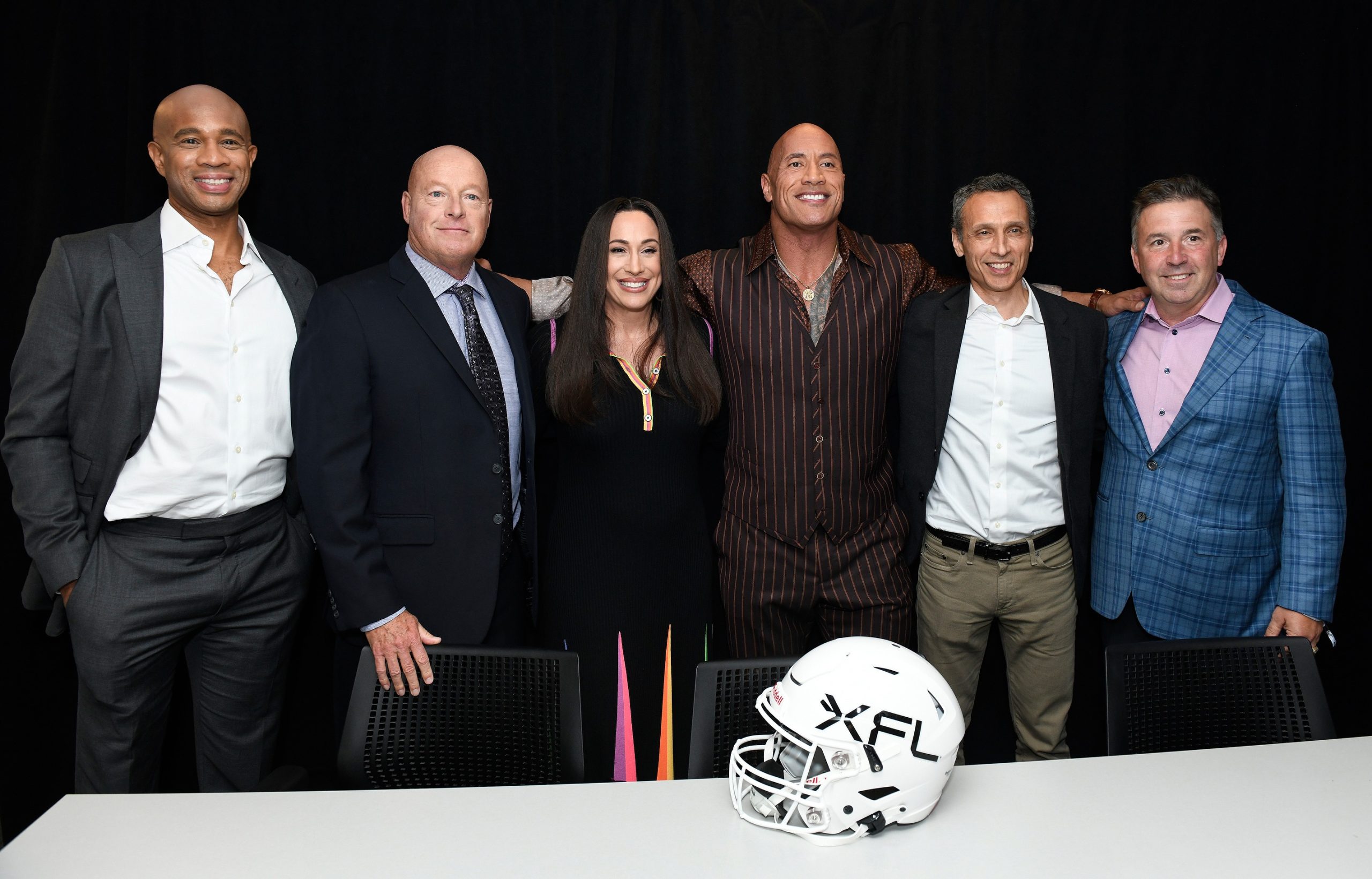 On that day, the XFL revealed its broadcast partner for 2023 and beyond and it was as many had long expected: ESPN/ABC announced at its upfront presentation to advertisers that it had secured exclusive rights to XFL programming that will air across multiple Disney-owned platforms.

The league tweeted that the deal would run through 2027, two years longer than XFL 2020’s three-year pact with Fox and ESPN/ABC. Vince McMahon’s plan at the time was to use his own considerable wealth to bankroll the first three years. During that time, ideally, the XFL would show itself as a product worth investing in, thus drawing networks into a bidding war for the rights to air games after those three years were up. Alas, COVID-19 had other plans.

What we still don’t know about the latest deal is what financial investment, if any, Disney has made. It’s hard to imagine XFL ownership pumping money into the league for five years without any rights fees in return, especially given this ownership’s public comments about their desire to land a deal paying them a significant sum; if they couldn’t secure a paying deal, a shorter-term agreement would’ve been more likely. They could finance the league for a year or two then, like McMahon’s plan, attempt to cash in.

Could the five-year length promoted by the league (though curiously absent from ESPN’s side of the story; they instead refer to it as a “multi-year” deal) be a bit misleading? If there are options built in to the contract, mutual or otherwise (like player contracts), it may be more like a maximum of five years, but potentially fewer. Until the specifics are released, we can only speculate.

While there are legitimate criticisms to be levied against the timing of news drops by the XFL over the past several months, they couldn’t have done a better job here. The announcement was made at broadcast upfronts, where networks present their upcoming TV lineups to advertising executives in the heart of the advertising industry: New York City. Johnson and Garcia were front-and-center at the ABC presentation at Pier 36’s Basketball City. The co-owners held court for a five-minute presentation on the XFL’s partnership with Disney.

Not only was it advantageous to get the league in front of a slew of potential advertisers for the announcement, it also helped maximize media coverage of the event. Entertainment trade sites like Variety and The Wrap reported on the agreement in addition to major news and sports outlets. Naturally, ESPN covered the news extensively, displaying it in the “top headlines” section of their website into the evening, while major on-air personalities like Adam Schefter tweeted about it.

ESPN/ABC was expected to be the destination for XFL programming for a few reasons: First, with NBC and Fox out of the picture due to their commitments to the USFL, it eliminated some of the main competition (which may have hurt the XFL’s leverage in trying to get the big-money deal they were seeking). Also, as noted in past articles on this site, the XFL/ESPN relationship had been obvious in connection to previous announcements made by the league. That relationship seemed to be go beyond ESPN being just a vehicle to disseminate information; we learned that was indeed the case on Tuesday.

The agreement with ESPN/ABC may not have been a surprise, but the inclusion of FX as a channel that will air games likely was. This could partly be attributed to people not knowing, or forgetting, that FX is in fact owned by Disney. Originally a Fox property, FX was sold to Disney as part of their purchase of 21st Century Fox in 2019. Known for its gritty original dramas like Sons of Anarchy, Fargo, and The Shield, FX has expanded into original comedies and is the home of syndicated network shows as well. What they’re not known for is sports programming.

FX dabbled in sports under the Fox banner with NASCAR, Major League Baseball, and soccer. But that was in the relatively distant past. It’s unclear whether this will signal a shift in FX’s programming toward more live sports going forward. What is clear is that cable networks and streaming services see the value of live sports and want a piece of that pie, even if those networks are not seen as destinations for sports coverage. In 2021, FX ranked 31st, tied with AMC, in cable viewership, down 12% from 2020 according to Variety. ESPN was 6th, while ESPN2 was 47th. Expectations should be relatively low for viewership outside of ESPN and ABC.

There figured to be a streaming component in whatever deal the XFL struck; their exclusive agreement with Disney means ESPN+ is that outlet. It will be interesting to see how many games are streamed versus on cable. There could perhaps be a mix of the two, as USFL has done with games airing simultaneously on both Peacock and NBC. More likely, the “tentpole” programming mentioned in the XFL’s press release will find a home on ESPN+, potentially including pre-and-post-game shows, a “Hard Knocks”-style reality show, other behind the scenes coverage, and more. It would be great to see the XFL take NASCAR’s idea of “Radioactive,” a show on FS1 where they gather the best bits of radio communication from the driver and the crews from a race and air it later in the week, and apply it to XFL games where the mic’ing of players and coaches is expected to be plentiful.

As long as the financial figures are still a mystery, it’s hard to call this 100% a win for the XFL. However, the presentation at the upfronts, the exposure of the league on the ESPN/ABC family of networks, and the five-year deal (in whatever form that takes) has given the league as much positive momentum as it has had in a long time. We finally saw the power of the Garcia/Johnson/Disney combination on Tuesday and it was a hell of a start to their relationship. Consider the buzz finally created.

1 thought on “XFL makes splash in deal with Disney”