It remains to be seen whether Walker can match his XFL success in the NFL. Today is his first real test. 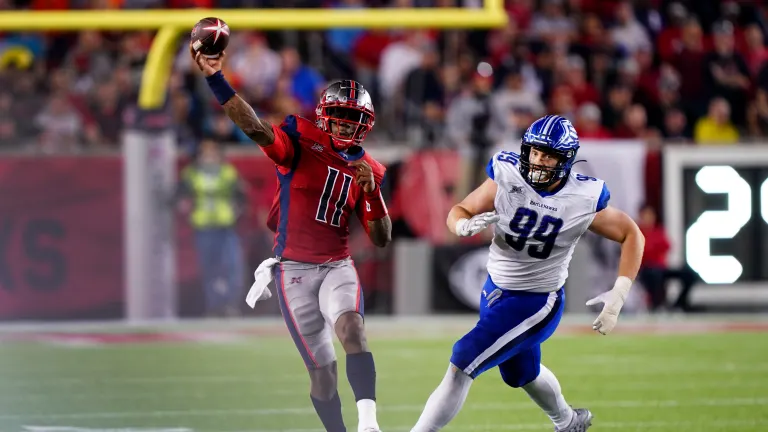 A few weeks ago on Thursday night football, we saw ex-Roughnecks quarterback PJ Walker entered the game in the backup role for an injured Carolina Panther quarterback Teddy Bridgewater, who had suffered a vicious head hit. In his first time behind the ball, Walker nearly connected with Robby Anderson for a score. However, just as Walker was getting warmed up, the Panthers were relieved to see Bridgewater deemed healthy enough to return to the game. Walker finished the game with a very modest statistic of 1 completion in 4 attempts, for 3 yards.

Last week, a similar situation occurred where the venerable Teddy Bridgewater injured his knee, which again led to PJ Walker entering the game in relief. In relief of Bridgewater, Walker was a modest 2 for 4 passes, and 12 yards.

This week, with the Panthers facing the Lions, there are still concerns about Bridgewater’s knee. After much deliberation, and based on a game day decision, it appears that PJ Walker will finally get a chance to start an NFL game.

PJ Walker will start for Carolina today vs. Detroit, per sources.

Panther  coach Matt Rhule must have some confidence in Walker, since he formerly played under Rhule at Temple from 2013-2016.

After Temple, Walker joined the Colts as an undrafted free agent in 2017. Never seeing actual playing time, Walker moved on and off the Colts practice squad eleven times until he was finally cut free by the Colts.

In 2019, Walker was picked up by the XFL as a draft pick by the Houston Roughnecks. Walker started out as number two to the Roughnecks official first-round draft pick quarterback Connor Cook. Walker ended up winning the starter job.

Walker started in all five Roughnecks games, taking a team to a perfect 5-0 record that was only stopped by a Coronavirus pandemic. As a Roughneck, Walker averaged 267.6 passing yards and three passing touchdowns per game. He showed his prowess as a runner, with 24 carries for 99 yards and a touchdown on the ground.

It remains to be seen whether Walker can match his XFL success in the NFL. Today is his first real test.