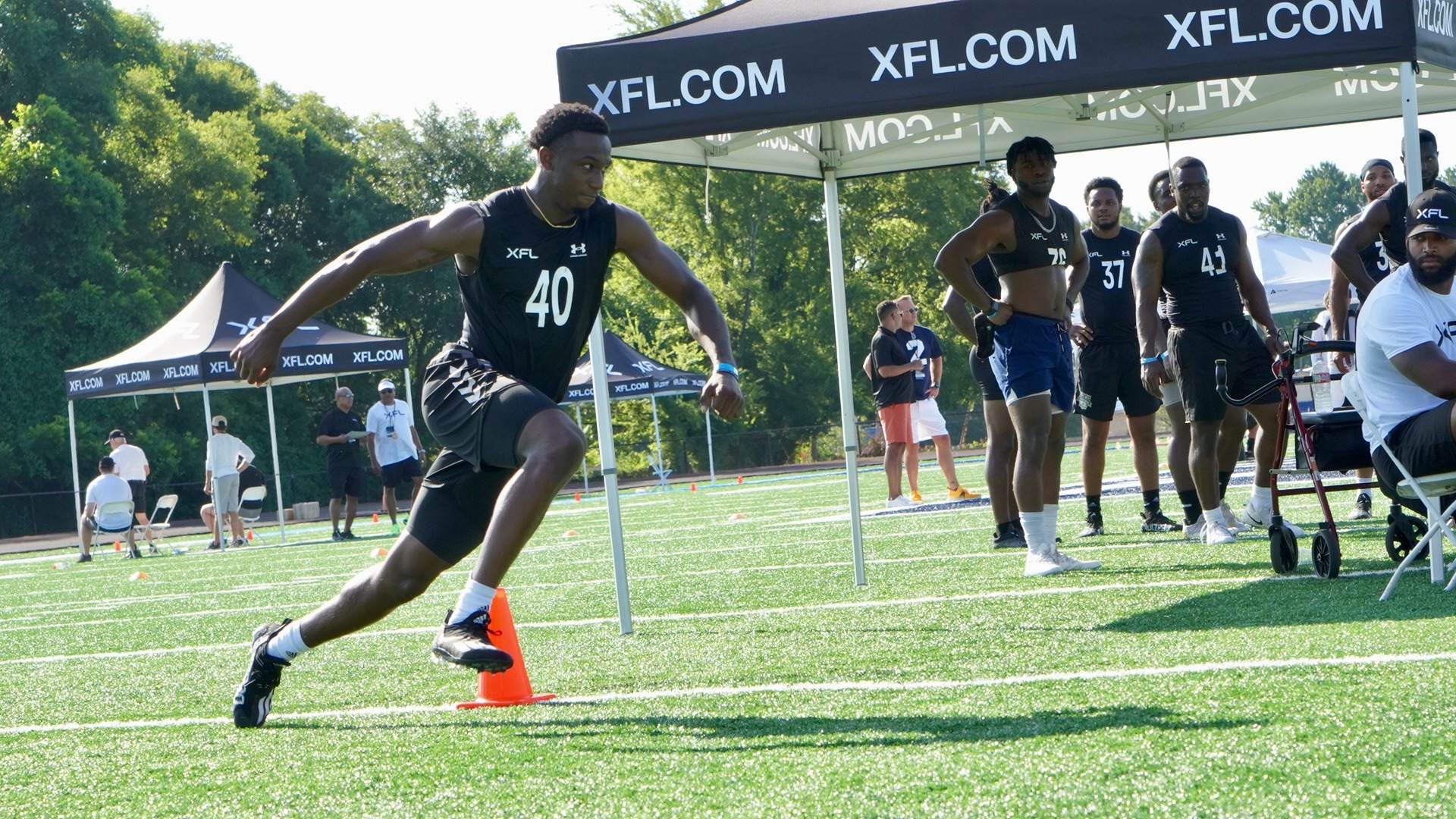 Prior to this weekend, the XFL’s Showcases have largely occurred without much fanfare. There were just three media entities present at the Washington, D.C. Showcase last month. Mike Lathrop of the Let’s Talk XFL podcast and I were the only two media members at the Bradenton, Florida Showcase. In Hawaii, Dwayne “The Rock” Johnson’s presence drew some local television and newspaper interest, but that’s about it. That lack of publicity changed at the Showcase at Jackson State University on Saturday.

It was all-hands-on-deck with co-owners Johnson and Dany Garcia, league president Russ Brandon, plus other key XFL figures at the invite-only Showcase. The attendance of Jackson State head coach Deion Sanders added to the star power of the event.

Local media like WLBT-TV out of Jackson, Mississippi featured a segment on the Showcase on the evening news broadcast, as did WAPT, the area’s ABC affiliate. The Clarion Ledger represented print media and submitted a story for circulation. HBCU-focused sites like HBCU Premier Sports, with over 17,000 Twitter followers, kept tabs on the workout. HBCUSports.com filed a report, as did HBCU Legends.

Most importantly, ESPN got into the action with coverage on its flagship show, SportsCenter. Multiple segments were devoted to the XFL’s Showcase, from an interview with Johnson and Garcia, to some soundbites from head coach Hines Ward, to a conversation with Sanders.

All of this recognition has helped the XFL in its social media game: While there was minimal movement in the number of Twitter followers @XFL2023 gained after the first three Showcases, in the 24 hours since the HBCU Showcase, the XFL’s Twitter account has added up to 700 followers.

The league is coming up on an important week in the path to its 2023 relaunch: The final two Showcases will take place next weekend, and a town hall Q&A is scheduled after the Texas Showcase on Sunday night, in which a number of questions, including city locations, may be answered. If not there, then cities are likely to be revealed the following week. The coverage of the Jackson State Showcase gives the XFL some media momentum heading into this paramount period.