Kalias Robertson is very excited about this opportunity of continuing his career and becoming an effective asset for whichever team calls his name this upcoming Friday. 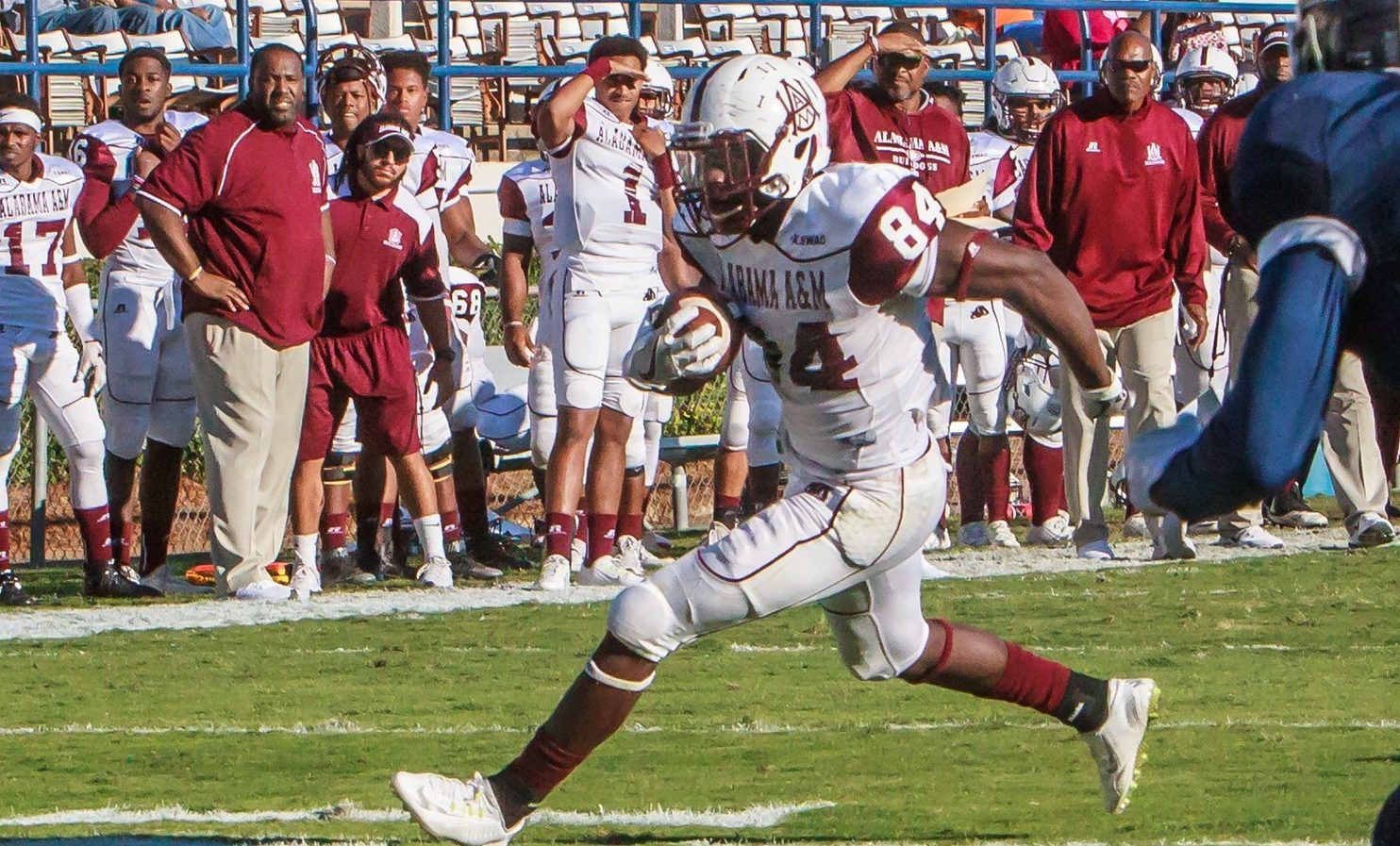 The XFL supplemental draft is less than three days away and prospects are being invited daily. With announcements about mini camp, training camp, and uniforms on the way, the true focus should remain on the talent the XFL has been able to acquire.

One of those talented players is 6-4 187 lb tight end Kalias Robertson who made a name for himself at Alabama A&M as a pass catching tight end who has the ability to separate and generate yards after the catch.  Robertson is very excited about this opportunity of continuing his career and becoming an effective asset for whichever team calls his name this upcoming Friday.

“The most exciting part about having the opportunity to suit up and play for the XFL is being apart of a new league and getting another chance,” Robertson said. “My family will be able to attend more games, and I’ll have another chance chasing my dreams.”

At an early age Robertson was all about putting in the hard work to achieve his dream of playing football professionally. “During high school I put in a tremendous amount of work which led me to have multiple scholarships to play college football. I knew I wanted to take my game to a different level.”

Robertson mentions his grandfather’s daily motivation as a tool he has used to make it thus far in his young career. “My grandfather motivated me almost everyday letting me know constantly that I could do anything I put my mind to.”

Well it seems his grandfather’s motivation worked. Robertson is now on the brink of bringing his childhood dream to fruition, and he believes the XFL is the best chance to showcase his talent. He also believes the XFL will be a spring football league that will work. “I really believe in the XFL. There are professionals behind the scenes to make sure everything is being done correctly for future success.”

“I chose the XFL because I think this league is about promise and chance. They have great coaches and executives in place to make sure the players and talent in this league succeed.”

That is definitely saying a lot, since the XFL has placed several people with football acumen and a track record of success at the helm of the league. Most notably Oliver Luck who once was the Athletic Director for the University of West Virginia, and Bob Stoops, former head coach on at the University of Oklahoma who assumed the head coaching and general manager position for the Dallas Renegades as the league bega

Robertson believes his unique skill set will fit best in the Air Raid, but ultimately would like to end up in the right situation where most of his skills will stand out.

“I would love to play in an Air Raid styled offense because I am a pass-catching tight end. But, I am hoping to end up where God puts me,” Robertson said. “I am a very hard worker and I will do anything to make sure my job is done.”

That is exactly what the new XFL is all about. Hard work and showcasing yourself on the gridiron.

When asked which team he wanted to draft him, Robertson responded with great humility, “I wouldn’t mind ending up in LA with the Wildcats. Seattle and Dallas would be nice as well, but I would be grateful to be apart of any team that takes a chance on me.”

An ideal response from a class act player. Whoever selects Robertson will definitely have a special player on their hands.

Selfishly, I am hoping he is selected by the Dallas Renegades as I think he will be a great addition to the current roster in place and has the work ethic that could be contagious to others in the locker room.