In preparation for the draft, the XFL is sending detailed information to players, including a declared date of 15-16 October.

In preparation for the draft, the XFL is sending detailed information to players, including a declared date of 15-16 October.

The XFL also indicates that each of their eight XFL teams will draft its preseason 70-man roster during the two day process that will be centrally managed out of the League Office in Stamford, CT.

Following the draft, players will be required to attend a 16-day minicamp starting December 3rd.  This will be followed by a centralized training camp beginning January 4th, at a location that is still to be announced.  After this camp, players will travel to their respective cities on January 22nd.

XFL active rosters will consist of 52 players, with 46 players active on game day.

Team 9 will consist of 40 players. 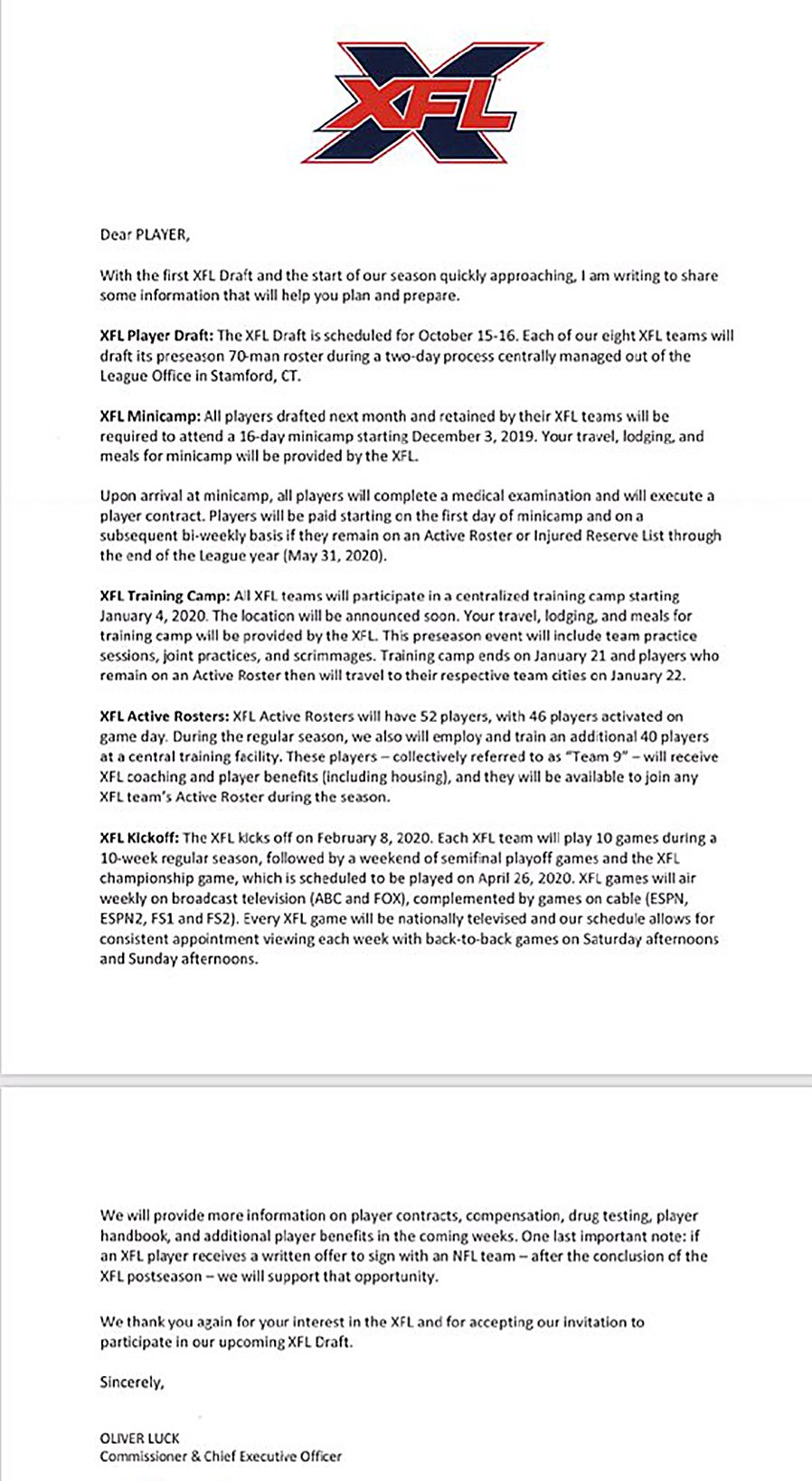 Linebacker Jacob Onyechi is ready to soar from the Air Force into the XFL
How does the XFL plan to reimagine the football rule book?