Hunter Niswander played in his first NFL game this past Sunday. 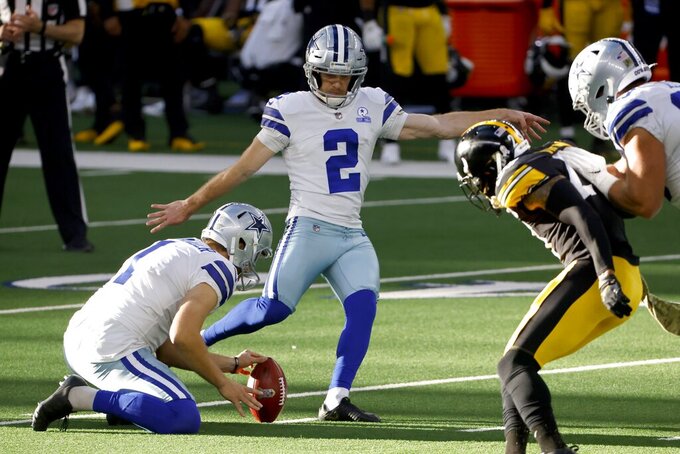 The former punter of the DC Defenders, Hunter Niswander played in his first NFL game this past Sunday when the Dallas Cowboys had a heartbreaking loss to the Pittsburgh Steelers.

Niswander was brought out on two separate occasions to punt. He had two punts totaling 79 yards. His punts went 40 yards and 39 yards. One of which was a fair catch.

The Cowboys played well, so they did not need the punt unit as often as usual. AAF product Garrett Gilbert had is his first NFL start and shocked the world by keeping Dallas in it for the entire game.

Niswander also got to showcase his holding skills for one of the game’s veteran kicker, Greg Zuerlein. He went four for four on field goals from Niswander’s holds.

What to watch for in Niswander

As coined before, Niswander is truly a “swiss army knife.” He can punt, but also kick field goals and kickoff when his team needs it.

In the XFL, as the starting Defenders punter, on 21 punt attempts, Niswander finished second in the league in average punt distance with 44.6 yards on 21 attempts with eight landing inside the opponent’s 20-yard line.

Niswander also booted 21 kickoffs for the Defenders. He was even slated to become the Defenders’ starting kicker until the team signed Tyler Rausa.

The NFL has former XFL players Austin MacGinnis on the Los Angeles Rams practice squad, Sergio Castillo on the New York Jets roster, and Marquette King trying out for the Dallas Cowboys.

The XFL’s unique rules really helped specialists better themselves and show more consistency with the new punt rules and kickoff rules. Those rules were made to make the game better, but also seemed to go over well among the specialists.

Niswander, if given more opportunities, can fill the void of Jones and make a name for himself.