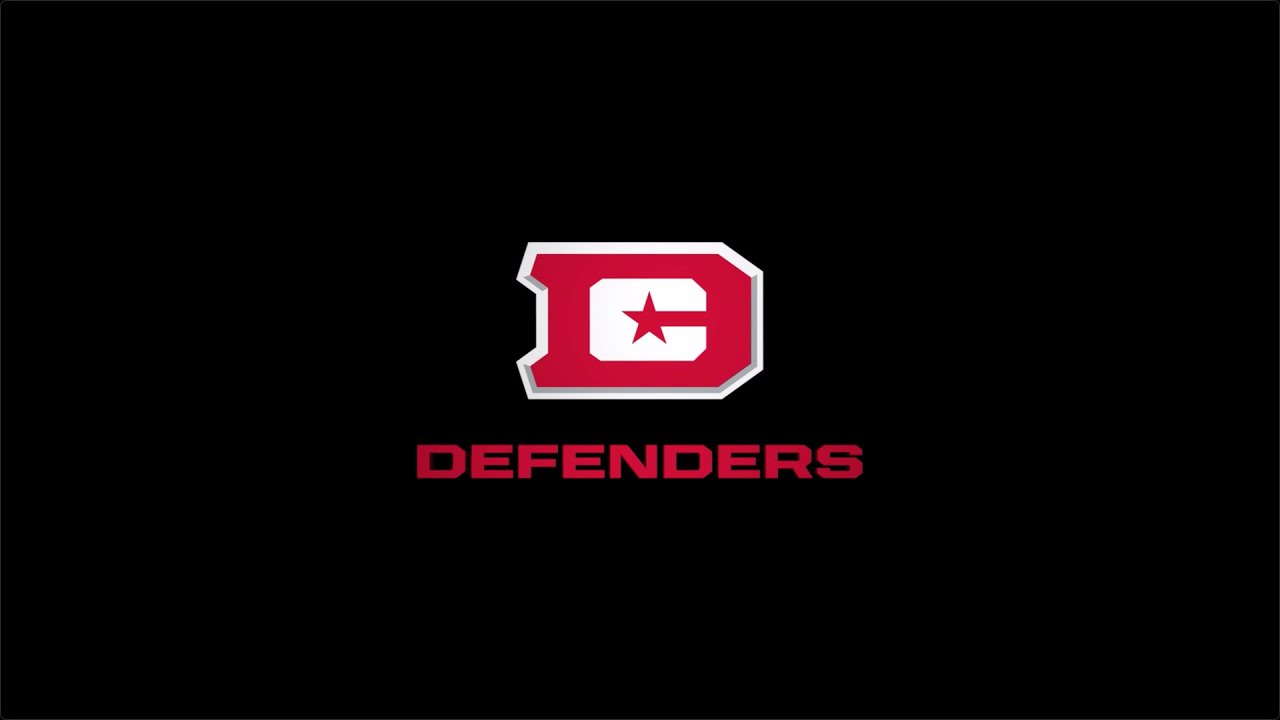 In preparing a rundown of the XFL’s D.C. Defenders, it should be noted how the team has just begun training camp and their roster is still in flux. Please consider the following starters and lineups as an early snapshot of the Defenders based on limited research and information.

D.C. has one of the most talented quarterback rooms in the XFL, but the leader of that room is unknown as there is currently a three-way battle between Eric Dungey, D’Eriq King, and Jordan Ta’amu. Come week one, my prediction is that former Ole Miss QB Jordan Ta’amu will lead the offense out against Seattle. The dual-threat played in the 2020 XFL for the Battlehawks, ranking first in completion percentage (72.4) and third in passing yards (1,050). He also ranked first among quarterbacks in rushing yards (217).

Former Baylor RB Abram Smith is in line to be the lead back in the Defenders rotation. He’s a physical runner whose solid speed and frame make him productive in both rushing and blocking. He’ll be relieved by Pooka Williams and Ryquell Armstead. Williams provides receiving upside, while Armstead brings NFL experience. He had a somewhat successful rookie season in 2019 with the Jaguars, tallying 35 carries for 108 rushing yards and 14 receptions for 144 receiving yards and two receiving touchdowns. Oregon State alum, Artavis Pierce, adds value to an already stacked running back core as a third-down back.

The D.C. receiving core carries many threats of different sizes and skill sets. Jazz Ferguson is a fast and physical pass-catcher, Josh Hammond has phenomenal playmaking ability, Simmie Cobbs is a possession receiver, K.D. Cannon & Lucky Jackson are deep threats, and Jequezz Ezard is a speedster who could serve as a return man. Former Alabama wide receivers Josh Lanier and ArDarius Stewart are among other names that could help the Defenders passing attack.

The Defenders lineup features a trio of hybrid tight ends with rich college backgrounds. Kahale Warring was a star at San Diego State who put together a monster junior season that saw him make 31 catches for 372 yards and three receiving touchdowns. He was subsequently taken in the third round by the Texans in the NFL Draft but had his opportunities limited by injuries. Ethan Wolf, 27, was a four-year starter at Tennessee. He has good size and is a natural athlete. Briley Moore earned second-team All-Big 12 honors for his graduate season performance at K-State in 2020. At 6-4, he should be a threat in the red zone.

T.J. Storment and Cody Conway are esteemed pass protectors and will likely be starting tackles for the Defenders. Ty Clary, primarily a center, played some guard at Arkansas and could exercise that option with D.C., which allows Michael Maietti to start at center. He has exclusively played the position since high school. Greg Long out of Purdue is a balanced blocker who could start at the other guard spot. D’Marcus Hayes could be a reliable backup at tackle, while Dwayne Wallace provides relief at guard.

Niles Scott and Jordan Williams should be at the top of the interior defensive line rotation for the Defenders. Both guys are accustomed to the 4-3 scheme from college and should be effective together in providing pressure and stopping the run. Scott also has experience as an edge rusher, while Williams has the size to be one. Joseph Wallace though not a scheme fit was a force to be reckoned with at Sam Houston State.

As for the edge, Jacob Panasiuk and Davin Bellamy will likely be the two main pressure-bringers. Panasiuk was a leader on the MSU defensive line in his upperclassmen years, while Bellamy had a rewarding 2022 season in the rivaling USFL, ranking fourth in sacks (5.5) and fifth in tackles for loss (7). Fadol Brown and Dame Ndiaye are highly athletic for their position and could help out the edge.

Andre Mintze’s and Aaron Sterling’s edge rushing production should be maximized with DC Gregg Williams’ heavy-pressure schemes and playcalling. Anthony Hines was a highly touted inside linebacker out of high school and makes his impact in stopping the run. He was second on Texas A&M in his sophomore year in tackles (73), including 10.5 for loss. Reggie Northrup and Jamal Brooks are among other names to look out for in the Defenders’ second line of defense.

The Defenders secondary is full of physical veterans like cornerbacks Holton Hill, DeJuan Neal and strong safety Kentrell Brice. Hill possesses three years of NFL experience, having put up 73 tackles and one interception, along with a sack during his tenure with the Vikings that featured multiple suspensions for using performance-enhancing substances. His aforementioned physicality combined with his speed and size make him a quality nickel back candidate for the Defenders. Neal has tons of spring football experience having played for the New Jersey Generals of the USFL in 2022 and with the New York Guardians of the 2020 XFL. He is a powerful run-stopper and could be fruitful in zone coverage. Brice played with the Packers from 2016-2018 and racked up 99 tackles including one sack in his time there. He is a versatile defender who could help in defending both the pass and the run. Parnell Motley is a press corner from Oklahoma, while Anthoula Kelly is quick and also has upside as a nickel back.

Matthew McCrane should be the starting kicker for the Defenders. He has kicked 12 field goals in the NFL and has made eight of them, with the farthest being from 47 yards. The punter battle in D.C. will feature Daniel Whelan and Jacob Schum. In terms of NFL history, Schlum wins as he has punted 112 times from 2015-2016 with the Bucs and Packers. Erik Lawson is the lone long-snapper on the roster.