XFL BattleHawk QB Heinicke proves that he belongs in the NFL 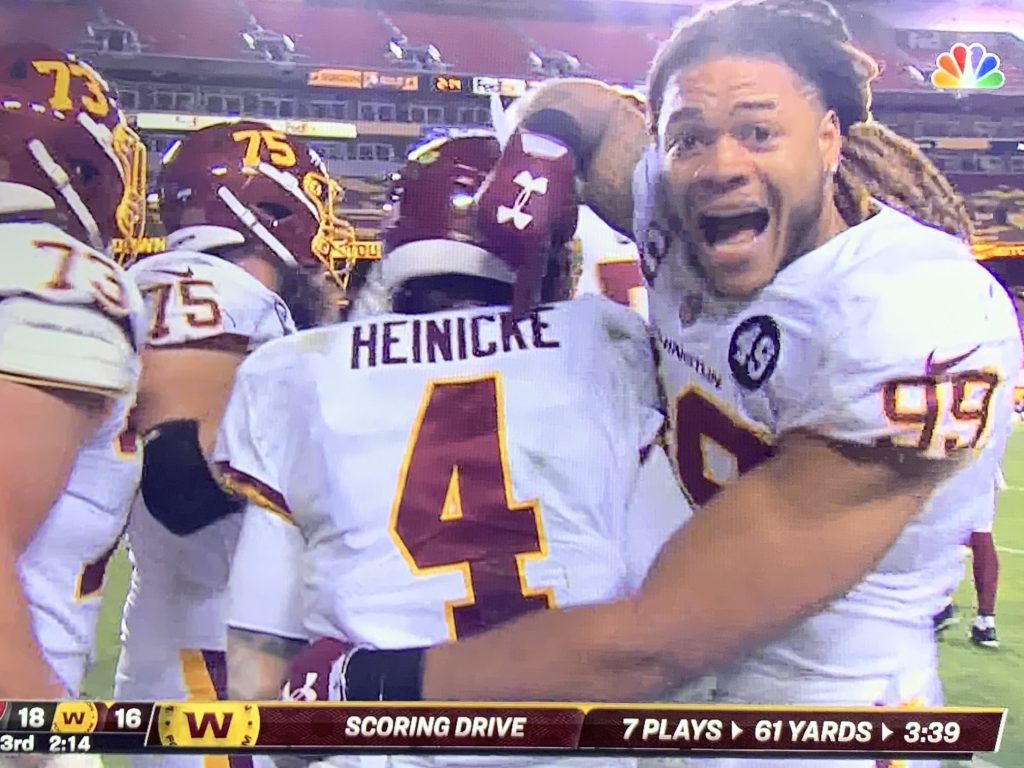 In Tampa Bay this evening, a big hole opened up when the pregame report came out with the Washington announcing that the former St. Louis BattleHawks quarterback, Taylor Heinicke would receive the start for the night. Heinicke would end the night by giving you a reason to remember his name and show why the XFL is a good thing for all players.

Heinicke would have the tall task of playing against the most infamous name in football history, Tom Brady and his Tampa Bay Buccaneers.

The former BattleHawk came right of the gate hot and looking to prove his worth, which is what he did all night, but especially after the half.

At the half, the Football Team trailed the Tampa Bay Buccaneers 18-9.

In the second drive of the second half, Heinicke decided to show off his best Johnny Manziel impression. He shifted through two defensive linemen and stepped up to dive into the endzone for an eight-yard touchdown run. Heinicke’s speed is always a huge underdog trait.

It seemed the Buccaneers either did not prepare for Heinicke’s dual-threat ability. He would go on to average 7.7 yards per carry.

Heinicke would have himself a pretty good game, and of course score a touchdown with that run. He would leave the game with a shoulder injury with about 10 minutes left in the game. The hit was a bit questionable, should have been potentially flagged. Heinicke would return the next drive.

Surely, that would make the Washington ‘s starting quarterback Alex Smith very proud of how Heinicke showed his toughness.

In his drive that he came back from injury on, Heinicke looked like a different quarterback. He looked poised and angry which he showed was a good thing, the former BattleHawk was throwing lasers all across the field which would end with a beautiful touchdown pass to  wide receiver Steven Sims Jr. The touchdown would get looked at for about three minutes until it was called a successful touchdown

Heinicke delivers a dime to Steven Sims for the TD!@WashingtonNFL makes it a one-possession game. #WashingtonFootball #SuperWildCard

When the dust settled, the XFL product would pass for 306 yards on 44 attempts, completing 26, with one interception and the one dime of a touchdown in the air. Heinicke made it in the endzone on the ground with his crazy touchdown run, he rushed 46 yards on six attempts. He most likely would have reached around 70 yards on the ground if he did not miss time with an injury to his shoulder.

It is always good to see an XFL product get an NFL chance but especially when the season is on the line and pressure is high. Heinicke should easily be signed back to Washington in the offseason. He came in with little NFL experience and proved his worth, quietly and successfully. In addition, his teammates seemed to embrace him. We should expect to see Heinicke hang around in Washington.

Unfortunately, Washington was not be able to play spoiler on the Buccaneers but they stayed in the game all night. The final score was 31-23 for Tampa Bay.

XFL: Details emerge that spell out fractured relationship between McMahon and Luck
Johnny Football’s XFL career was a non-starter