As we await the XFL owners to work out their plan for returning to football operations, we can’t help but to imagine what will come to fruition. 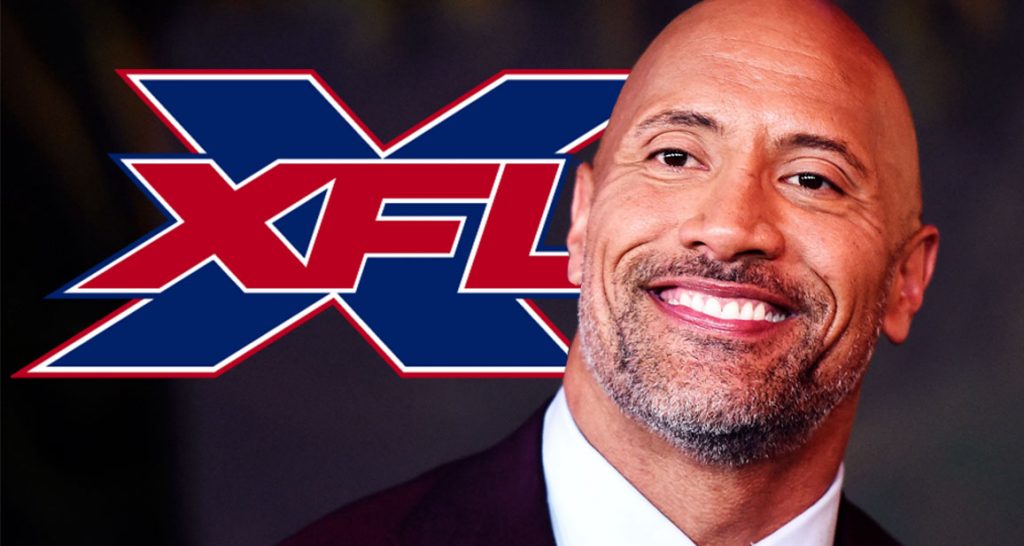 As the calendar pushes further into September, and we watch the NFL prepare to begin their 2020 season, we stop to wonder what will become of the XFL.

It has been over a month since the XFL was purchased by Dany Garcia, Dwayne “The Rock” Johnson, and RedBird Capital, and over two weeks since the league was officially taken under the wing of the new owners. The new owners now have the “keys” to the league, but we have not heard much from them since the transfer became official.

What do we know, and what don’t we know?

People are excited by the new ownership group

Since the announcement of an ownership group featuring “The Rock” and his business partner/producer Dany Garcia, two of the hottest people in the entertainment industry, people have been bending over backwards to heap positivity on the league’s chances for a comeback. Even some of the naysayers came back to say, “everything the Rock touches is gold,” meaning that they think the league will surely succeed under the new owners.

Dany Garcia was always a fan of the XFL

Garcia is not afraid to gush about her love for the league.

“I was so engaged with the product that they had put together … but it was the community that was surrounding these teams and the engagement in that community and the fact that they could connect with these athletes. A lot of times in professional sports, professional leagues, there’s a huge gap between an athlete and your fan. They’re untouchable … The XFL knew how to close that, and when you begin to close that you create these magic moments where these moments matter, the games mattered, the plays mattered, and the athletes’ wins and losses, they impacted their lives.” (Yahoo Sports)

Dany Garcia wanted to be part of the XFL

“I was dying to have some ownership, but Vince (McMahon) had it completely under control and so I participated as a fan that opening weekend and following it for the five weeks.” (Yahoo Sports)

While Dwayne Johnson was away on a film shoot, Dany kept updating him as to how the league was doing.  When the league was shut down due to the coronavirus pandemic, and then placed in bankruptcy, Garcia was ready. She called Johnson and said, “Dwayne, there’s something really big and really important for us to do. Are you in?” (Yahoo Sports)

“The Rock” was in, and the rest is history. Along with RedBird Capital, they now own the league.

Dwayne “The Rock” Johnson is a former pro-football player

Dwayne Johnson’s story led him through a college career as a defensive lineman for the University of Miami Hurricanes, and a short pro-football career with the Calgary Stampeders of the Canadian Football League. “The Rock” likes to tell people his failure at football led to his success as an entertainer, but he is fond of his time as a player, and seems to identify with the struggles of today’s players.

Last week Johnson revealed he and his family had been battling Coronavirus for the past few weeks. Although we are happy how he said they were well on their way to recovering from the virus, we can’t help but to wonder how this has set back “The Rock” in his busy schedule and how it may have affected XFL planning.

Coaching staffs are not hired back, yet

Despite many rumors, and “XFL” coaches turning up at combines, the league has not hired any coaches back into any XFL teams. Yes, a head coach did call his people and tell them they would hear something real soon, and that made it into a website’s “Breaking News,” but the league head office is adamant nobody has been hired, nobody has been contacted, and no negotiations have taken place.

The XFL doesn’t seem ready to spend money on a payroll. But when?

Oliver Luck won’t be back

There was a rumor that through “mutual agreement” Oliver Luck won’t be back. Of course there is still a matter of his lawsuit to recoup monies owed for his cancelled contract, but that legal action is with Vince McMahon and not the current XFL. Despite this, there is a strong indication that the league does not want him back, and they do not feel that there is even a “mutual agreement” on this matter.

XFL President Jeffrey Pollack is staying on, for now

XFL President Jeffrey Pollack is the only employee to stay with the league through the first season, pandemic, and bankruptcy. Today he is still managing the league for the new ownership group. Will he stay? Even he does not know. However, if he does stay, he would be there to offer continuity to the league, and bridge the gap between XFL 2.0 and XFL 3.0.

When the XFL was hit with the pandemic, league officials began to develop a plan to play their next season in Houston, Texas, in a coronavirus-free bubble. After bankruptcy cancelled all further league operations, Jeffrey Pollack continued to develop the plan as a selling point for potential buyers.

Pollack still feels the bubble plan is a sound option for the league to continue, and points to the NHL playoffs which are successfully taking place in bubbles. A little known point is how NHL Commissioner Gary Bettman is Pollack’s half-brother, and they are relatively close as far as half-siblings are concerned. There is evidence that Pollack has been able to get Bettman’s advice on how to make a coronavirus-free bubble work.

Many XFL players were courted by the NFL, but only three made it onto final 53-man rosters as of the publishing of this article. Of course, many players not taken into active rosters may soon end up on practice squads, but we know that most ex-XFL players will be left waiting for another football opportunity. However, they will be joined by hundreds of new players coming into the available player pool from recent NFL cuts and college players who have been passed over by the NFL. Of course, the 2020 XFL player pool is just as deep as it was in 2019.

Garcia has the plan to expand the XFL beyond a season of football. Her vision is to increase the leagues footprint from a 12-week season to a 365 day production, creating sports entertainment and fan engagement that happens year round. This may be the most exciting piece that we currently know of, and as Garcia recently tweeted, “More big moves to come.”

The deal is officially closed!
Excited & humbled to be the first woman to ever own an American major sports league. A big thank you to @TheRock & #GerryCardinale & our incredible teams for all their work the past few months. More #bigmoves to come! #xflowner #ForTheLoveOfFootball pic.twitter.com/pHxSqaenRa

When will the next XFL season take place?

The options for the next XFL season are limitless, however there seems to be focus on planning for a coronavirus-free bubble next spring. There has been thought to begin playing this fall, in an attempt to capitalize on cancellation of some college programs, however there may not be enough time to organize a new XFL season that quickly. At this point in time we await the new owner’s decision.

As Dany Garcia recently tweeted, “Chomping at the bit and doing the hard work to lock in the future,” meaning that she is working hard to bring the league back. (Stay tuned!)

@xfl2020 24/7 chomping at the bit and doing the hard work to lock in the future but taking a moment to appreciate the talent of the past. #ForTheLoveOfFootball https://t.co/hepkLowKzU

How much money is planned to be invested in this version of the XFL?

We know that the new owners had an initial outlay of $15M for the XFL, plus $9M to cover debt that still burdened the league. Other than these expenses, we do not know how much the new owners plan to invest in this league.  The overall feeling is they have the deep pockets necessary to sustain the operation of the XFL, however we do not know how much they plan to spend to make the league profitable. You don’t have to look any further than the AAF, or even both XFL 1.0 and 2.0 to know that losing too much money will eventually contribute to league failure.

Will former staff be hired back?

Right now, former XFL staff are anxious to hear whether they will be asked back to their jobs. There has been no word as to whether this will happen. Keep in mind, hiring the same staff may be the most efficient way to restart the XFL, however the league may not require same level of staff if they were to plan a limited season in a bubble.

Football teams can’t survive without coaches and players, though, and even Dany Garcia has hinted those jobs were coming.

“The talent is real and more opportunities for talent to come,” as Dany Garcia recently tweeted, teasing that football opportunities are in the offing.

The talent is real and more opportunities for talent to come. Wishing them best of luck.👊🏼#ForTheLoveOfFootball https://t.co/z5hqozkGVB

As we await the XFL owners to work out their plan for returning to football operations, we can’t help but to imagine what will come to fruition. With the league being owned by entertainment juggernauts like Dany Garcia and Dwayne “The Rock” Johnson we foretell a good future for the XFL.

This is neither something we know, nor is it something we don’t know. It is more like a feeling, or a hunch. However, as proven in the past year, we simply cannot envision all the ways something can be caused to fail.  Hopefully, in the same vein, our imagination that the league succeeds is also wholly possible.

Lasting success would be the best news for the players, coaches, staff and fans who await the return of XFL football. This should be our focus.

Johnny Manziel weighs in on the XFL and “The Rock”
XFL to NFL: So far, 15 XFL players go to NFL