XFL 3.0: The Return of the Players League

XFL players on how do they feel about the league and its purchase. Will they come back? 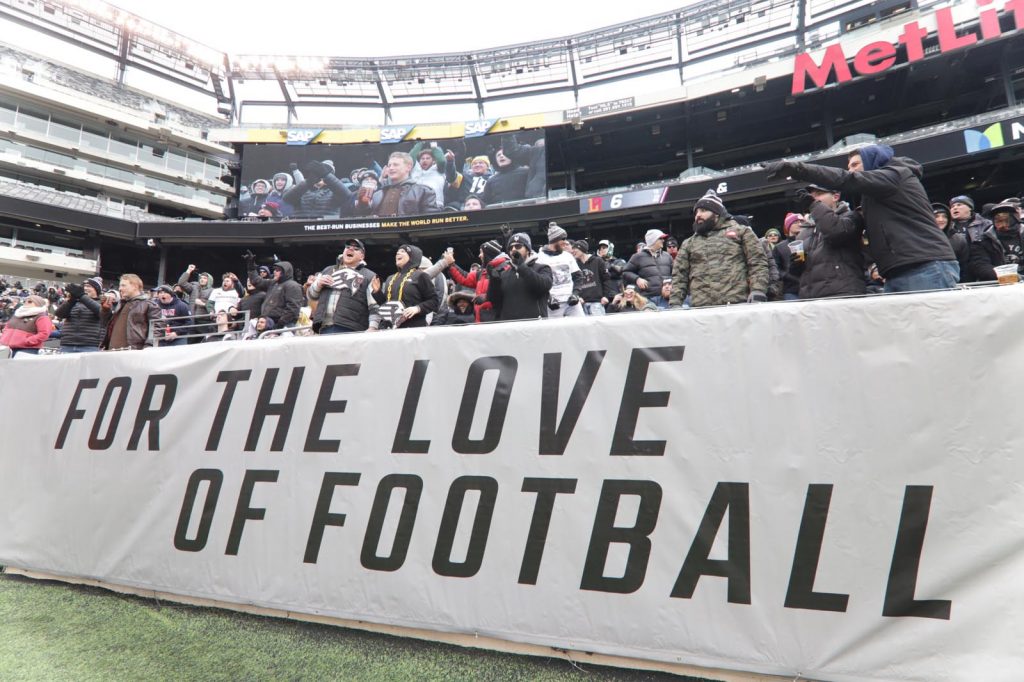 On March 11, Utah Jazz all-star center Rudy Gobert tested positive for COVID-19. Although through no fault of his own, the positive test set in motion a domino effect which led to the XFL cancelling play for the remainder of their season on March 12.

On April 13, the XFL officially declared Chapter 11 bankruptcy. Most assumed that the league was over and mourned the loss of what was shaping up to be such a promising start-up football league.

On May 26, fans of the league found out that the XFL would likely go up for sale, which was intended for July 23rd.

On June 5, the sale was delayed to August 3rd, which would end up being the most important day in the history of the league.

Media members, fans and players were awaiting the time of the XFL auction which was slated for the afternoon of August 3rd. However, in a stunning move, the XFL was bought before the auction and sold to Dwayne Johnson, Dany Garcia and the RedBird Capital Group for $15 million.

The move is being praised by everyone involved in the league. With Johnson’s history in sports and entertainment, he should be able to follow the vision of the XFL and their slogan “For the love of football” which took the world by storm with the return of the league in 2020.

Garcia and Johnson reportedly have hopes of playing in 2020. The new ownership group will likely stick with the eight team format for the time being, although the locations of the teams are negotiable for now.

With the XFL being a smaller league, a bubble situation may work for a full season or at least a round robin style tournament to maintain fan interest in the league.

But the best part about the XFL was always the novelty of the league, the access to the players, and the opportunity for talented football players to get national exposure. With that framework in mind, let’s take a look at the return of the XFL from the perspective of the players themselves.

I interviewed six XFL players from 2020, one un-drafted NFL free agent and one XFL coach. Asking everyone three questions, I wanted to get a scope of how the people directly involved in this situation were reacting and most importantly how they felt about possibly returning to the XFL in 2021.

Question 1: How did you react when you saw that “The Rock” bought the XFL for $15 million?

“I was happy to see it was bought just in general, but to see it bought by the Rock was amazing. Him playing in other leagues before, the CFL and being so involved in entertainment, I was very excited.”

“I kind of already knew that the XFL would be coming back, but seeing that the Rock bought it was exciting but not surprising. His story and his football background is something that you cannot put a price tag on.”

“Very excited. I don’t think it could have gone to a better group. It seems like they want to get football back as soon as they can. With a woman pro owner and a gentleman who loves football and a group in RedBird Capital that loves sports, this is super exciting.”

“I woke up to a bunch of texts from XFL people saying ‘hey the XFL is back!’ and I think that The Rock buying the league is huge for the XFL. Everything he has done in his career, the Ballers and all that, he has also been on the other side of being cut. I think this group will create a league that can thrive.”

“Definitely shocked. We had heard the rumors of Disney buying the XFL, but hearing that the Rock bought it, I am very excited and it seems very promising.

“It is huge because it gives athletes like myself another opportunity to play the game. For someone like The Rock to even consider but actually buy the XFL is huge. I really liked what they had going this past season and I hope they can get a full season this year.

“I was excited. It is an opportunity for more guys to get to play professionally. The Rock played in the CFL for a while, never got to the NFL so he is the perfect guy for it. He understands the player side and the business side.”

“This is the Rock’s time. Him being a former athlete and with the quality of play the XFL already had, his sports and entertainment knowledge will be huge.”

Question 2: Would you play in an XFL 2021 season if called upon?

“100 percent. We had a great time and it was fun to play with guys who wanted to play football at a high level.”

“If I am still a free agent, absolutely. I had a lot of fun in New York and it was amazing to be back home playing in NFL stadiums. To come back from Canada and play US football was awesome.”

“100 percent. I would love the opportunity and am excited for that to happen.”

“I would for sure be interested in coming back. I love the fans there (DC) and they were awesome to me.”

“ I would definitely play. If the NFL does not come calling, I will absolutely play. I would like to know that now so we can get some work in before training camp starts.”

“Of course, no hesitation whatsoever.”

“I definitely would yes. I think the leadership will be a lot better, make some great changes. I will keep playing till I can’t anymore.”

Question 3: What was your favorite memory from your time in the XFL?

“Our first win. Having that seltzer shower and celebrating with my guys, as well as earning a little extra money, that was a good day.”

“Getting into the game in Dallas. Even after everything that went down (ejections) it was exciting to get thrown into the fire, be a veteran leader and show what I was about.”

“When we won our first game, the Seltzer bash was awesome. After the game, no matter who won or who scored, all that mattered was that we won. That was my favorite moment, watching my guys celebrate after a good win.”

“Either the time in New York when we beat them 27-0 and I had a lot of fan interaction or when we beat St. Louis. We were on top of the conference and controlled our own destiny at that point.”

“I did an in-game speech before we played Tampa and DC. It goes,‘As God as our witness they shall fall to our feet. They shall not rise, no pain no gain. No pain no gain’ When I did that in both games, we won both games.”

“That would have to be our wins against LA and Seattle. It is always good to get a win and when you are out there trying to prove yourself every day, a win on the resume always helps.”

In case you haven’t noticed already, everyone involved in the XFL in 2020 absolutely loved the league. From the friendships to the rule changes to the pure competition on the field, the XFL has what it takes to be a legitimate football league.

Something that was floated on social media, which had apparently been discussed by Garcia and Johnson, was the idea of a bubble like the NBA and NHL are currently doing. There was not a single player I talked to who had an issue with a bubble.

In a time where we are struggling with health and safety protocols, the XFL has an advantage with a smaller league, and players who are willing and able to commit to some sort of action in 2021.

With Dwayne Johnson and Dany Garcia in charge, and backed by RedBird Capital Group, the XFL has a unique opportunity to return to a “bubble” in 2021 with willing participants. Not only that, but they will be able to establish themselves for a run at a full season in 2021 with the fanbase and media support to expand past the eight teams we saw in 2020.

The XFL is nowhere near what it was in 2001 under Vince McMahon. The growth we have seen from the league in just a five week stint is nothing compared to what Johnson and Garcia will be able to do in the next two years.

So, XFL fans, football fans, and those of you desperate for sports. Buckle up, grab some popcorn and prepare for the journey of a lifetime.

Three Potential Coaches Who Could Replace Pep Hamilton
Football fans celebrate the sale of the XFL, but is reality now setting in?