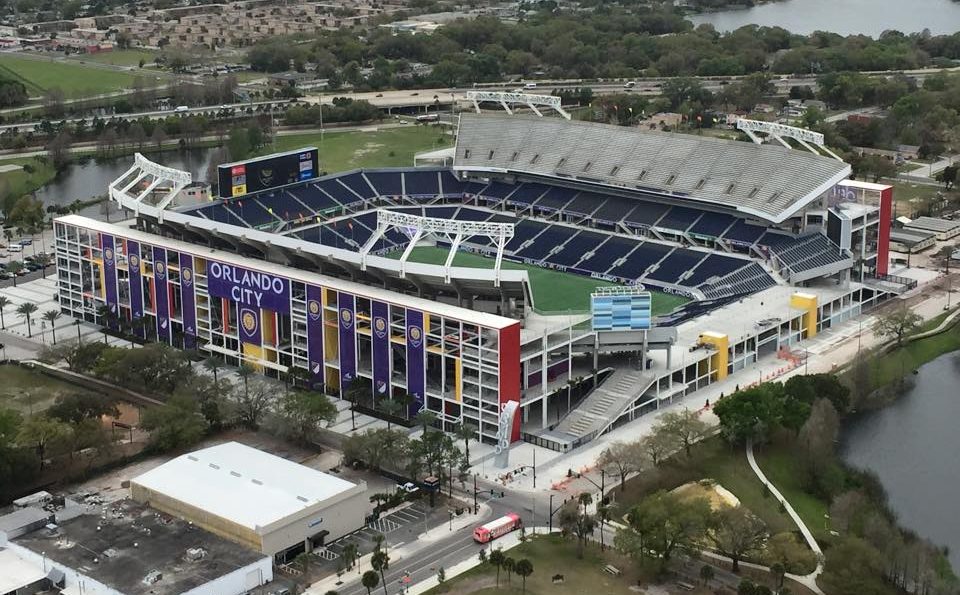 On Sunday night, the XFL officially revealed the eight cities and venues (well, seven venues) in which the league will be playing in 2023. Here is some brief, relevant information on each:

History: Choctaw Stadium, then known as Globe Life Park, housed the Dallas Renegades in XFL 2020. The rebranding from Dallas to Arlington, where Choctaw Stadium actually resides, is an interesting, if more accurate, nomenclature. Dallas certainly carries more cache than Arlington as a major city. The Renegades hosted three home games in 2020, averaging 17,163 fans, good for fourth place in the eight-team league.

History: Houston and TDECU Stadium are another pair returning from XFL 2020. There were just two home games for the team in 2020, and they averaged 18,320 per. Minor league football is no stranger to Houston: The Gamblers played in the original USFL for two seasons in 1984 and 1985. Houston is the only city that crosses over the current USFL and the XFL, though the present-day Gamblers, like all other USFL teams, played their regular season games in Birmingham in 2022. The Houston Stallions of the Lone Star Football League (2011-2012) and Houston ThunderBears of the Arena Football League (1996-2001) are a few of the minor league teams that have taken up residence in Houston in the last three decades. Houston is one of four XFL franchises that will play in a city that also has an NFL team.

History: The first-ever XFL game took place in Las Vegas in 2001 at Sam Boyd Stadium. When the league relaunched in 2020, Vegas was not awarded a franchise. But for 2023, they’re back again. In 2001, the Outlaws averaged 22,619 fans, which would’ve been good for third place in 2020 but was fifth among the eight teams two decades ago. The NFL’s Raiders recently moved to Vegas from Oakland so the XFL is trying to capitalize on the city’s appetite for the sport.

In addition to the Outlaws, the Las Vegas Locomotives of the United Football League (2009-2012) and Outlaws of the Arena Football League (2015) are recent examples of minor league football in the city. The Locomotives played at Sam Boyd Stadium as well. The Outlaws were the AFL’s second foray into Vegas: The Las Vegas Sting were a part of the league in 1994 and 1995. When the Canadian Football League briefly expanded into America, Las Vegas had a team – the Posse – for the 1994 season. In short: Vegas has always been fertile ground for alternative football leagues.

As for where the team will play in 2022, like coach Rod Woodson’s coordinators, that’s still to be announced. The brand-new Allegiant Stadium, where the Raiders call home, is an option. Sam Boyd Stadium sits dormant and is probably no longer a realistic possibility due to its age. T-Mobile Arena may not have the amount of seats the league desires, nor would the MGM Grand Garden Arena or the Thomas & Mack Center.

History: The XFL passed up a return to Tampa Bay and instead will head across the state to Orlando. It’s another throwback to 2001, at the same location the Rage played (the stadium was then known as the Citrus Bowl). Orlando was third in attendance in 2001 at 25,563 per game, over 10,000 more fans than Tampa Bay averaged for the XFL in 2020. The risk in running a stadium the size of Camping World is the same as running Raymond James Stadium in Tampa: That a large stadium would seem nearly empty even if they drew a decent crowd. It’s important to note that we don’t yet know what the capacity for XFL games will be – they won’t open all 60,000 seats at this stadium or some of the other, larger ones across the league.

Camping World Stadium was built in the 1930s and has been home to at least nine other pro football teams, including the Florida Tuskers of the UFL (2009-2010), the Orlando Renegades of the USFL (1985) and the Orlando Thunder of the World League of American Football (1991-1992). None of the nine teams lasted more than five years. The AAF’s Orlando Apollos, second in the league in attendance in 2019 at 19,648 for three home dates, played at the University of Central Florida.

Other tenants: Alamo Bowl and University of Texas at San Antonio (college football)

History: XFL 2023 usurped the top two teams in attendance from the 2019’s AAF in Orlando and San Antonio. The Commanders were far-and-away atop the league in average attendance at 27,721 in four home games, over 8,000 more than second-place Orlando. It’s clear that San Antonio has a hunger for pro football. The Commanders also played in the Alamodome.

But the Commanders aren’t the only alternative pro football league that called the Alamodome its home. So too did the CFL’s San Antonio Texans (1995) and the AFL’s San Antonio Talons (2012-2014). Unlike most other American CFL teams, the Texans’ attendance of 15,000 was seen as decent. The indoor atmosphere that helped make St. Louis legendary in the XFL’s 2020 season could provide the same boost to the San Antonio team in 2023.

Venue: The Dome at America’s Center

History: St. Louis was a no-brainer in terms of franchises to be brought back from the 2020 season: They led the league in attendance, averaging 28,541 for two dates, and there was talk of topping 40,000 in future games. Clearly stung by the loss of the St. Louis Rams to Los Angeles just five years prior, St. Louis aimed to show they were a major-league pro football city. Consider that mission accomplished. Like most cities, St. Louis also had an AFL team, the Stampede, in 1995-1996.

History: Lumen Field is the only XFL 2023 stadium that will be a shared NFL/XFL setting (pending the Las Vegas decision). The Dragons played there in 2020 when it was called CenturyLink Field. Seattle was second in the league with its average attendance of 25,616 for two games. Seattle’s NFL fans are known for being raucous, turning their stadium into one of the loudest in the league. The hope is that attitude will carry over into the XFL.

Seattle doesn’t have a long history of professional football outside of the Seahawks: the Seattle Timberwolves existed for a single season in 2011 in the Indoor Football League, playing in Kent, Washington.

History: The fifth of five venues returning to XFL 2023, Audi Field is the smallest of the league’s eight stadiums, built for its soccer occupants. In three home games in 2020, the Defenders averaged 16,179 fans, good for fifth in the league. The smaller stadium gives fans more of an intimate environment, which worked well in 2020. Besides, the XFL had to return to the home of the legendary Beer Snake.

The branding of the city as Washington, D.C. is different from referring to it strictly as D.C. in 2020. We’ll see if that sticks. The Washington Valor was an AFL team that played from 2017-2019 at the Capital One Arena in the city. Before that, the Washington Commandos played in the AFL in its infancy, in 1987 and 1990. The D.C. Armor played one season in the American Indoor Football Association in 2009.