While XFL might not have football until 2022, there is a strong possibility of having plenty of XFL action throughout 2021. 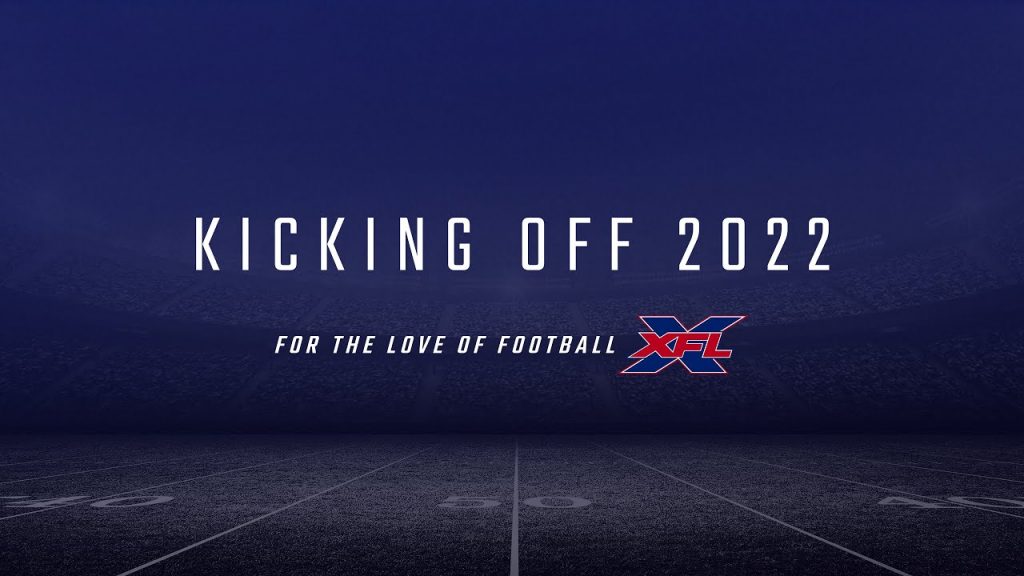 XFL 2022 was announced with this graphic.

Yesterday the XFL community heard, for the first time from new league leadership, details about when the XFL is returning. Videos posted by the XFL Twitter account, now @xfl2022, and owners Dany Garcia and Dwayne Johnson broke the news of a 2022 XFL return.

While XFL might not have football until 2022, there is a strong possibility of having plenty of XFL action throughout 2021.

On top of that, both created a production company producing blockbuster hit after blockbuster hit, while Johnson is the face of consumer brands for tequila and sportswear.

That quick resume summary only scratches the surface of what Garcia and Johnson have accomplished together. With the XFL as their newest venture, there is no reason their successes would stop here.

The XFL we saw in 2020 was met with skepticism trying to return for the first time early this spring. Even former commissioner Oliver Luck had his hesitations when things were first getting started.

During the 5 week season, the league demonstrated its staying power and quality of the product produced both on and off the field. Albeit, staying power during a pandemic is not something anyone saw coming.

Approaching XFL 3.0 will be different. Different because fans, ownership, and league personnel have already seen the success that the league can have. That success can lead to a more bold approach and add a little swagger this time around.

Expect this swagger to translate into building the XFL brand. Johnson and Garcia tag-teaming the relaunch over the next ~17 months leaves plenty of time for the XFL league to be a common household name.

The Power of Social Media

Johnson has an audience of nearly 200 million followers on Instagram (@therock). He can regularly be seen pushing his work including his new sitcom, at least two of his new movies, his tequila brand, his sportswear brand, and the XFL.

The exposure Johnson brings for the brand is massive. Each time he plugs the XFL, his followers’ interest will grow by association. He has the ability to capture an audience that wasn’t previously part of the XFL fanbase, and even people who weren’t football fans altogether.

Former owner Vince McMahon, on the other hand, does not have an Instagram account and is largely known singularly for the WWE. While a massive organization, it’s only one audience.

Seven Bucks Productions is a product of the strong Garcia-Johnson relationship. They have the ability to produce loads of content including 20 production projects currently in the works. 21 including the XFL which is not a listed project, yet.

This might be the most intriguing piece of the ownership group to keep an eye on.  The growing arm of the Garcia-Johnson empire can produce content about the XFL throughout the next year and a half. A way for fans to get the content they crave, show off the league, and gain exposure along with brand recognition.

In a recent interview with SI, Garcia indicated the league will be on the sports world radar year-round:

This notion is extremely enticing and hopefully sooner rather than later will provide fans with a new level of insight into professional sports.

The door is open to produce content leading up to first kick that can captivate the sports world, and the entertainment world as a whole.

Relaunching the XFL will require far more than brand imagery. While all of the brand recognition efforts are taking place, expect Garcia and Johnson to stay committed to putting the best possible product on the field.

Part of building the portfolio they have requires hiring the right people to execute their image. Garcia has already indicated an openness to bring back previous league personnel.

Jeffrey Pollack, the lone executive to remain with the league post-bankruptcy, was a key under the radar piece pulling the strings leading to the league’s prior success. Keeping him with the league could be a key step for operational success.

If the league is able to re-acquire its previous talent, it could be a quick win on the road to returning.

The next few months may be quiet from the league, but a foundation is most stable if you let it set after being poured.

2022 might be the return of XFL football, but 2021 should be packed with plenty of XFL action.