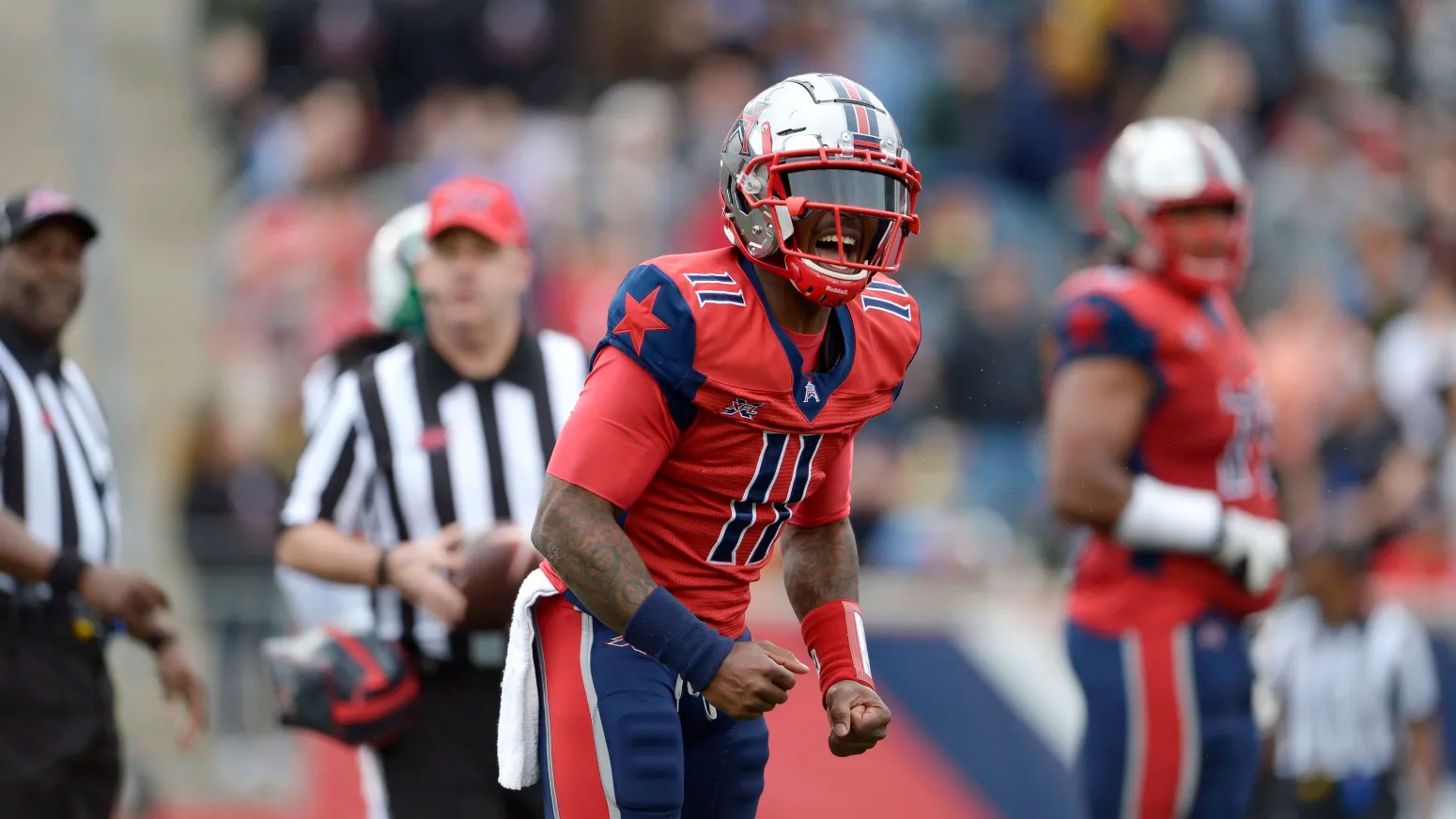 Ideally for XFL ownership, this list will look much more robust next year. But for now, just as with the last two NFL seasons, we have only the single XFL 2020 season to go off of when listing those who played in that league and made NFL rosters at the conclusion of training camp.

The count as of this writing is ten players on active rosters with a week to go until the first game of the season, and another ten on practice squads. Add in TE Tyree Jackson (on the physically-unable-to-perform list) and OT Willie Beavers (on injured reserve) and that number swells to 22 players on NFL teams.

In 2020, that number around this time was just 15; last year, it was 20. The staying power of these players (some aided by participation in the USFL) is a testament to the value of leagues like the XFL and USFL. The 2023 XFL season, the first under new ownership, will look to build upon these numbers.

Chances of surviving final cuts in Carolina looked dire for QB PJ Walker (Roughnecks) with the offseason additions of Baker Mayfield (via trade) and Matt Corral (via the draft) to the team’s QB room. Injuries to Sam Darnold and Corral changed the equation, however, and Walker returns for his third season as backup with the Panthers. Darnold’s timetable for return is 4-6 weeks, at which point a decision will have to be made on Walker: Will they keep him on the roster as third-string or release him? Carolina also has Jacob Eason on its practice squad as its current third QB.

The XFL’s trio of long snapper alumni are back once again – Nick Moore (Vipers) in Baltimore, Christian Kuntz (Renegades) in Pittsburgh, and Scott Daly (Guardians) in Detroit. All were uncontested for those jobs in training camp.

G Michael Dunn (Dragons) has proven to be a solid backup option on the interior of Cleveland’s offensive line. He’s the top second-string guard for the Browns and could likely also play center in a pinch. He has experience playing tackle as well. Expect him to be active on game days, potentially seeing action on field goal units.

Despite losing out on the starting right tackle position in Los Angeles, OT Storm Norton (Wildcats) retains his roster spot as the team’s swing tackle. He’ll play behind Trey Pipkins III on the right side and Rashawn Slater on the left. In a perfect world for the Chargers, Norton won’t be pressed into duty for as many snaps as he saw last season.

Athletic TE Donald Parham Jr. (Renegades) was hampered this summer by a hamstring injury that kept him out of the Chargers’ three preseason games. He’s working his way back and could be good to go come week one. Parham will begin the season behind newcomer Gerald Everett. I speculated in this column last year that 2022 could be the year Parham takes over as starter, but Everett was brought in on a two-year deal in March. Parham’s scary late-season injury may have played a role in LA seeking another option.

Another player thrust into starting the bulk of the 2021 season was QB Taylor Heinicke (BattleHawks). This was required due to an early-season injury suffered by then-starter Ryan Fitzpatrick. Washington is taking a shot on Carson Wentz in 2022. They also drafted North Carolina’s Sam Howell in the fifth round in April. Howell led the NFL in preseason passing yards but will be the third quarterback on the depth chart in his rookie campaign. If he shows enough growth, he could take over the backup job next year – Heinicke will be an unrestricted free agent in 2023. Until then, Heinicke will man that role.

Longtime corner Elijah Campbell (Defenders) switched to safety with the Miami Dolphins and it may have helped prolong his NFL career. He made the 53-man roster as a backup and special teamer, though he could find himself inactive on most game days. It beats being a free agent this time of year.

TE Tyree Jackson (Defenders) begins the season on the PUP list after tearing his ACL in the last regular season game in early January. A late-season activation is possible – he needs to continue to accumulate game reps at his new position to contribute in a meaningful way in 2023.

One of two offensive linemen to make Baltimore’s initial practice squad, G Kahlil McKenzie (Wildcats) is the only guard. That could earn him a call-up if one of Baltimore’s four guards on their active roster goes down with injury. He could also earn his keep doubling as a defensive linemen on the scout team, a position he has played in the past.

Getting kicked out of practice for fighting two days in a row didn’t bode well for the roster chances of S Kenny Robinson (BattleHawks). Indeed, he was let go at final cuts. But Carolina brought him back on its practice squad, along with TE Colin Thompson (Vipers). The Panthers opted to keep three tight ends, with Stephen Sullivan taking the blocking duties that had once gone to Thompson.

Two players’ experiences in the USFL helped them get a foot back in the NFL door. LB Tegray Scales (Renegades) and LB DeMarquis Gates (Roughnecks) made Cincinnati and Chicago’s practice squads respectively. Scales and Gates both impressed in preseason action. Scales had six tackles, a forced fumble, and a special teams tackle in the Bengals’ final exhibition tilt against the Rams. Gates notched five tackles and two tackles for loss in Chicago’s second game.

Detroit’s 53-man roster features six cornerbacks, with two on the practice squad. One of them is Saivion Smith (Roughnecks). Smith has bounced around the NFL for four years after entering the NFL as an undrafted free agent in 2019.

With Keith Ismael on injured reserve and Tyler Larsen on the PUP list, Washington is going without a backup center on its roster. But C Jon Toth (Defenders) is the de facto backup stashed on the practice squad. He could be a frequent game day elevation, a COVID-19-era concept that has stuck in the enusing years.

Las Vegas kept five running backs and a fullback after final cuts, yet found a practice squad spot for another RB, Austin Walter (Renegades). Walter averaged 4.5 yards per carry this preseason on 23 rushes. He also showed off his ability to return kicks on special teams.