Will the XFL’s big time from the beginning strategy pay off? 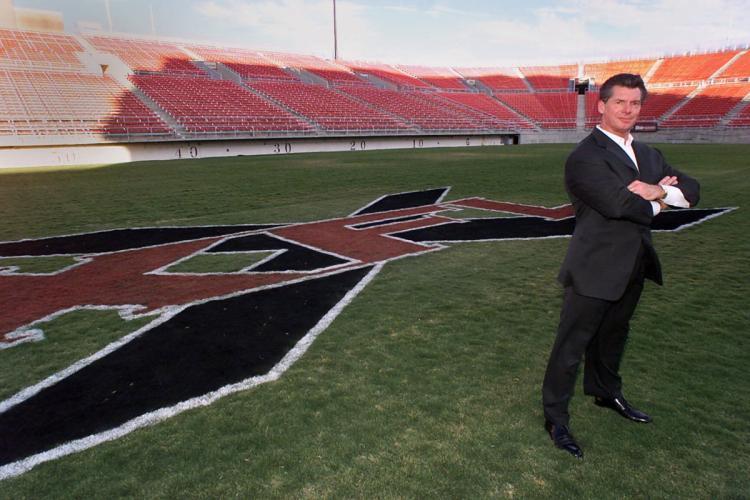 Vince McMahon and the XFL are clearly swinging for the fences right out the gate.

Big time money is being invested into the XFL. Hundreds of millions of dollars. ABC, FOX, ESPN and FS1 will be airing the league’s games. Two big time networks that produce NCAA Football and the NFL on a grand scale, have signed multi-year deals to be the broadcast homes/partners of the XFL. The league will debut in eight of the top twenty-one TV markets in the country. New York, LA, Dallas, Houston, Seattle, DC, Tampa and St. Louis. Big time money in big time cities on big time networks.

It’s becoming quite clear what the vision and design of XFL2020 is at this point, despite being labeled as such by most detractors. The XFL has no intention of being a minor league. They want to be what the USFL could have been , and they want to be what MLS has become. They are trying to be a powerful standalone sports league in the spring. The league’s partnerships and big-league football hires are evidence of just that.

Back in January 2018, when Vince McMahon announced the relaunch of the XFL, his announcement was met with great ridicule and skepticism. Why bring back a league that failed in such a spectacular fashion? Was there even a market for it, and who would support or be a part of it?

The latter question is being answered on a daily basis. This past week alone, saw XFL Dallas Head Coach/General Manager Bob Stoops hire Daryl Johnston as his Director of Pro Player Personnel, as well as hiring, Air Raid Inventor Hal Mumme as his offensive coordinator. Big time moves in Big D. This coming Monday, June Jones will be announced as the HC/GM of the XFL’s franchise in Houston. A big name in those parts, Jones is a great part of Houston pro-football history, especially from his time with the Houston Oilers and Gamblers.

The current XFL’s eight teams will now have five coaches with Head Coaching experience. The original XFL only had one coach with NFL Head Coaching experience in the late Ron Meyer. The eight original XFL Head Coaches were all quality coaches with backgrounds in NFL Europe and the NCAA, but for the most part, it was what you would expect from a “secondary league.” No one expected the current version of the XFL to attract Bill Belichick and Nick Saban, but it’s fair to state that the current group of coaches, collectively, are a very solid group, one that consists of a college football champion, Super Bowl champions and a multiple time CFL champion. In an upstart pro football league, this is a strong positive… getting accomplished coaches to buy in. It’s not an easy task in today’s world to get these types of coaches to believe and commit to a new league. Especially after what just happened with the AAF, and what has happened to countless other non-NFL football leagues.

When it comes to the XFL’s TV deal, most people assumed that the XFL would have a hard time getting any networks to air their games. With the new age of streaming, the feeling was that if all else failed, Vince McMahon would just put his games on his successful WWE Network. Some thought that perhaps, one of his cable partners like NBC Universal, would perhaps, as a favor, allow the league to air some games on USA network.

The last time Vince McMahon attempted to bring a football league onto the sports landscape. He wasn’t a billionaire three times over. NBC backed him and bought fifty-percent of the league. NBC parted ways with the NFL, and saw the original XFL as a cheaper and potentially rewarding alternative. By now, everyone knows how that story ended. NBC took their contractually obligated fifty-million dollars away from the XFL and went home after one season. McMahon’s other fledgling broadcast partners (UPN/TNN), tried to leverage a second season of the XFL against McMahon’s other property, the WWE. McMahon begrudgingly was forced to choose, and ended up shutting down the XFL.

Upstart leagues have a very hard time getting any exposure or TV time. The defunct United Football League tried desperately to get any network to air their games. They landed/settled on HD Net as their main TV home. There was always talk of the UFL ending up with a cable deal or even on the NFL Network. The UFL hoped to expand to more than just 4 or 5 teams. The thought was that it would happen, once the league got their long-awaited TV deal. It never came, and the league eventually folded, ending in what was the sports version of “If a tree falls in a forest and no one is around to hear it, does it make a sound?”

Upstart leagues have to beg for TV time, or in the case of the AAF, pay for it. These types of leagues are desperate for any type of attention and exposure. Credit to the Alliance, they found a way onto television by hook or by crook (Reggie Fowler). As admitted on ESPN Radio by Bill Polian, the AAF rushed into the marketplace to get ahead of the XFL. When it came to exposure for their league, the AAF knew that they wouldn’t be able to hit a home run, so they settled for just getting on base. The problem was that they never drove those runners home. The entire league was left stranded on base, unable to finish their season. The AAF still owes CBS and the NFL Network millions of dollars. They paid to be on CBS, which ended up airing only one game all season. They also paid NFL Network to be on their network. It was a neat way of creating the appearance/perception that the NFL was backing them by airing their games. Sort of like paying Marshawn Lynch thousands in quarters, to pretend that he was a backer of the AAF on TV. The Alliance was not only paying for production costs and air time, they were paying the on-air talents like former NFL Head Coach Steve Mariucci. As reported by Sports Business Journal’s Daniel Kaplan, Mariucci was being paid 20k per game, plus air fare.

The XFL having their games on ABC and Fox every single week is a big deal. Just being associated with those networks, gives the league a great rub. Having all four weekly games on Fox, ABC, ESPN and FS1 is the kind of exposure/coverage that sports leagues crave. Particularly an upstart sports league, that doesn’t have an established fan base or track record. Despite it being a new remodeled version, the XFL comes to the game with some blemishes on its image and record. The league still has a lot to prove.

There are some drawbacks to the XFL’s television deal, and the positives and negatives go hand in hand. Being on big networks ups the stakes. One of the things that killed the original XFL, was their failing ratings by 2001 standards in Network Primetime. The league’s championship game was a low point and had just over 3 million viewers. Ironically, this was the same number of viewers the AAF had in their premiere game on CBS. Being on a big network like NBC was great for the original XFL, but the expectation level of producing weekly primetime ratings hurt the XFL greatly. The league was setting historic weekly primetime lows in the ratings back then. However, the TV ratings landscape was vastly different two decades ago than it is now.

The current XFL will still have pressure to produce good numbers on Fox and ABC. The lone positive, however, is that the league’s games will not be on in primetime. Save for two games late in the season in weeks 9 and 10, that will be on primetime on Fox, the XFL will be airing early afternoon games in most of their markets. The “late” games are scheduled for 5pm Eastern, which would be 2pm on the west coast and 4pm Central Time. The ratings will still be judged, but on a different scale than if the league was in primetime on ABC and Fox. Instead the XFL is going to be in the position of being a lead in for other network sports and programming. Instead of being those networks feature presentations. Having to work and schedule around ABC and Fox’s many sports leagues, may have benefitted the XFL in the short run. The truth is that prime time games might not have been available on a weekly basis, even if the league wanted it. If the XFL was a weekly primetime entity on network TV, they would be expected to produce big numbers.

The other drawback to the TV deal is that the XFL is not being paid a rights fee by the networks. TV money helps keep leagues afloat. The XFL doesn’t have that luxury in this case, nor should it have been expected coming off the heels of the AAF’s demise, and other leagues like it. Besides the exposure and potential weekly coverage, and endorsement of being partnered with Fox and ABC, what the XFL is getting is their production costs covered by the networks. This could amount to 400 thousand dollars or more per game. Production costs for season one can range anywhere from 17 to up to and over 20 million dollars. The XFL is not paying to be on the air and won’t have to pay for the on-air talent. The presentation and production will be top notch, with premiere production and on-air talent from Fox and ABC’s deep broadcasting talent pool. Talents who have great knowledge and experience calling college and NFL games like Tim Brando and Joel Klatt for example. The networks will treat the games and players like they are important. This is the type of respect that upstart football leagues have really struggled getting in the past. All of this outweighs the negative of not commanding a typical sports league rights fee.

Ultimately, the XFL could have attempted to play in smaller markets and venues, and avoid paying expensive leases, or high salaries to coaches, office/football personnel or players. The XFL also could have looked to secure a rights deal with a cable network or a streaming service. There are so many networks out there looking desperately to add live content. The league could have gone small, limited their risks and costs, and the goal could have been to survive until they can potentially grow over time. That’s clearly not the strategy here. Perhaps there is an argument for that type of approach.

The XFL is clearly swinging for the fences right out the gate. The league might strike out and is guaranteed to lose a significant amount of money in the early going, as all startups do when they are trying to get off the ground. From the sounds and looks of it, Vince McMahon is prepared to take those lumps early on. Lose big early and then win late. The game to them is 9-innings, and the plan is to keep swinging for the fences until they start scoring big.