Will the Bolt’s Make Off-season Changes?

Season One: Lack of coaching experience and poor preparation made the Bolts easy marks for most opponents 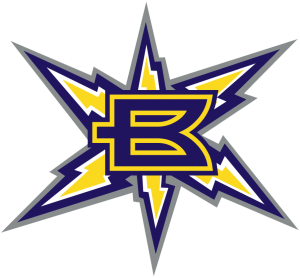 Birmingham – (12 April 2001) — On a beautiful spring day the Birmingham Bolts’ season came to a crashing halt.

Bolts’ fans were once again invited to a comedy of errors. In what has become a reoccurring theme the Bolts stumbled and bumbled their way to defeat. This, the seventh consecutive disaster in a season plagued with mediocrity, marked the end for the Bolts.

The hot rumor is that the Bolts will be moved from the Magic City. The question is if the XFL does move the team would anyone notice?

It is amazing that no one was injured in the mass exodus from the bandwagon. As the team plunged into complete failure fans disappeared into thin air. Luckily for the Bolts the last crowd to see them in their pathetic worst was more like the gathering of the Auburn Chapter of the Eric Ramsey Fan Club.

But could anyone blame the fans for not supporting the Bolts? Civic duty is honorable and loyalty is admirable but there comes a time when you have to cut your losses and run from a sure loser. For the majority of the season the Bolts’ play was beyond horrible but even when they were able to put it all together and execute in a game they would commit a fatal error that would cost them a game.

One only needs to look at the Orlando game to uncover the evidence of this. The coaching staff is one of the least experienced at the professional level in the XFL. That is definitely a factor to the lack of proper preparation. The play calling from a so-called offensive genius was bland and boring at best. First and ten and the call is Bostic up the middle. That only makes sense if Bostic is getting big yards on first down but the majority of the time the end result was negative yardage and a blown down. Sometimes it led to turnovers and direct points for the opponent.

This vanilla offense did not work against better prepared teams. The Bolts are at a crossroads. They can keep the coaching staff and hope that improved play will bring back the fans or they can make the necessary changes in the coaching staff. I believe that if DiNardo and his staff remain then many fans will not return.

The fans have deserted the team and the Bolts are but an after thought to the media. Can anyone blame the fans? The media? The Bolts may have had only one chance to make a good impression oh their potential fans and they may have lost it. When they return next season the long-term damage may be too severe to repair. Will anyone miss the Bolts during the off-season? I wonder?