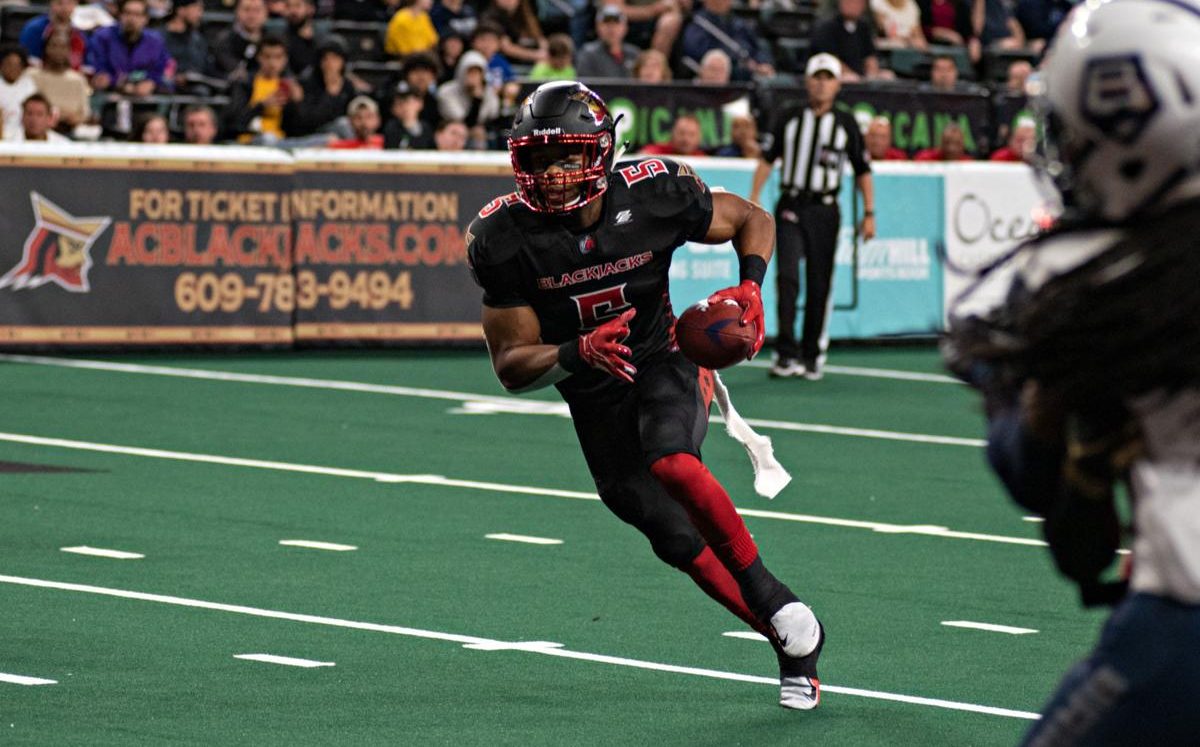 Always positive, wide receiver Antwane Grant waits for his name to be called in next week’s XFL draft. But what would he bring to the XFL?

“I would say I bring a sense of leadership, a sense of camaraderie, I’m not just a ‘rah rah’ guy. In a sense, I’m kind of a guy that will show you,” Grant said.

Grant has the pedigree to succeed as a receiver, from the time he spent in college at the University of Kentucky, to training camps with the Cincinnati Bengals and the to a side-trip up to Canada where he played just over a year with the CFL’s Saskatchewan Roughriders, Grant has been a presence wherever he has played.

In 2016, Grant signed with the Cincinnati Bengals as an undrafted free agent in 2016. He was thrust among a talented receiver corps, appearing in three preseason and made a modest impact catching two passes for 45 yards. This earned Grant a spot on the Bengals practice squad.

In 2017, Grant signed with the Saskatchewan Roughriders of the CFL and was able to receive more playing time, although he was among a pretty talented group of receivers such as Duron Carter, Nic Demski, and Naaman Roosevelt. He appeared in five games in 2017, catching seven passes for 107 yards, an average of 15.3 yards per catch. Grant was back with the Roughriders in 2018, but was cut after pre-season.

In 2019, Grant found himself with the Atlantic City Blackjacks of the Arena Football League (AFL), where he broke four team records, and was awarded the AFL Rookie of the Year. He put up some good numbers where in ten games he caught 72 passes for 1,012 yards and 17 touchdowns. Unfortunately for Grant, the AFL shut down and ended his tenure with the Blackjacks.

“I was with the Bengals in 2016, and I made my way to Saskatchewan in 2017, where I spent the 2017 season up there, as well as part of the 2018 season,” Antwane said. “From there, the journey just continues, and through networking and coaches, I was able to have an opportunity to go to the Atlanta City Blackjacks when they were a part of the AFL in 2019, and I was awarded Rookie of the Year.”

“You know, since high school and college, I have had a bit of a journey,” Grant added.

Due to the pandemic, it wasn’t until 2021 when the Columbus Lions of the National Arena League (NAL) signed Grant. In the 2021 season Grant played seven games for Columbus and caught an impressive 58 passes for 688 yards and 17 touchdowns. In 2022, Grant shifted to the Albany Empire of the NAL, and was part of the winning squad when the Empire beat the Carolina Cobras 47-20 for the championship.

Unfortunately for Grant, the XFL held their showcases right in the middle of the Albany Empire season, but that did not stop Grant from receiving an invite to the upcoming draft.

“I was fortunate enough to be able to have enough film, you know, tape,” Antwane explained. It was the positive side effect of being an active player when the XFL was recruiting. They could see you in actual game day environment.

With the draft approaching next week, Grant was planning to keep an eye on his phone when the receiver portion of the draft occurs. He is excited for the opportunity, but he doesn’t want to stop his busy life just to watch a computer screen.

Antwane works as a teacher, manages his own brand (GrantedLifestyleAEAG.com) and a clothing line and has a soon to be published book. Not to mention he finds an abundance of ways to give back to his community by participating in youth mentorship programs and has coached junior football. These things seem most important to Grant, and “giving back to the community” is a strong theme when you chat with Antwane Grant.

If you want to hear the entire interview with Antwane Grant, check out:
Episode 43 “Drafting” with guests Dwayne Wallace and Antwane Grant