What Philip Nelson Needs to Do to Win

Philip Nelson will be starting at quarterback for the Dallas Renegades Saturday against the New York Guardians and will need to step up in the starting role. 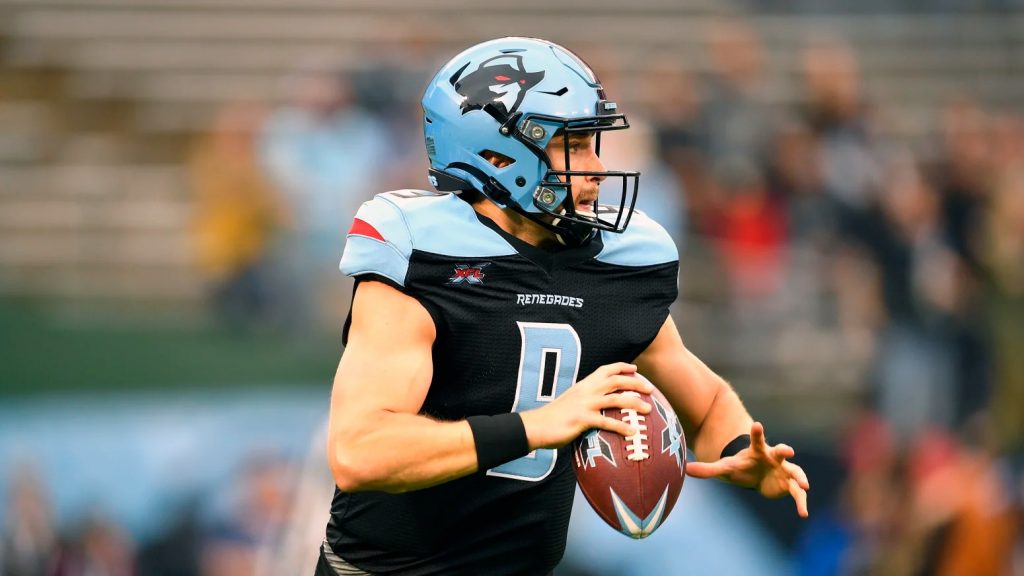 Philip Nelson (9) will start at quarterback for Dallas against New York. (Credit: XFL.com)

The Dallas Renegades have a great opportunity to win one of the most important games of the season Saturday against the New York Guardians and put their record over .500. One challenge they face is they don’t have their starting quarterback Landry Jones for at least the next two games. Opening game starter Philip Nelson takes over for his second start of the XFL season.

In his first start, he showed the ability to protect the football. Something that fans are still waiting for with Jones. Nelson finished the game going 33-42, 218 yards and one interception on the final drive of the game. Deep ball accuracy was left to be desired for Nelson as he had trouble completing passes past ten yards. The exception was the last offensive drive of the first half when they went no huddle and Nelson was able to easily hit receivers on multiple mid range completions.

Nelson showed fans some good things and some bad things. There were time that he looked confident in the pocket, but with him being more of a pocket quarterback, he took a lot of hits by the defense. So what does Nelson have to do to win his first start in the XFL?

Continue to Protect the Ball

Nelson was safe with the ball, sometimes to a fault. Despite that, it was nice to see for fans to have a quarterback who wasn’t forcing passes into tight coverage. He only turned the ball over once in the loss to St. Louis and that was on the final drive of the game when they needed a score to win. Nelson will make sure to hit the open receiver which is what the offense needs for Dallas. Offensive coordinator Hal Mumme will most likely be conservative with his play calling and rely more on the running game. The running backs are in a better place now than they were in week one which is a benefit for Nelson.

Take Some Shots Down the Field

Seems odd since Nelson’s deep ball accuracy was in question in week one, but more shots could mean more confidence. Dallas’ receivers have not been as involved in the offense as tight end Donald Parham and running back Lance Dunbar have been getting all the targets. Look for Flynn Nagel to get more targets on third down which is where he succeeds the most at. Jeff Badet gained some momentum with a couple of big catches in the second half of the Houston loss last week. Getting him more involved with other receivers like Jazz Ferguson and Freddie Martino could open up the offense.

Dallas has found their identity in running the ball effectively. Nelson will be in a more established offense that should help the team get into the end zone. He should ask for more input in the offense with Mumme and have control of the play calling. Trust is something the quarterback and coach should have together. A potential issues is Mumme broke his leg in last week’s game so he will be calling the plays from the booth for the reminder of the season. If Nelson gets off to a fast start to the offense in the game, Mumme might let him control the calls in the second half.