What is the NFL Alumni Academy? Examining what the XFL is getting with its latest partnership

Will this give players a better chances at NFL playing opportunities? 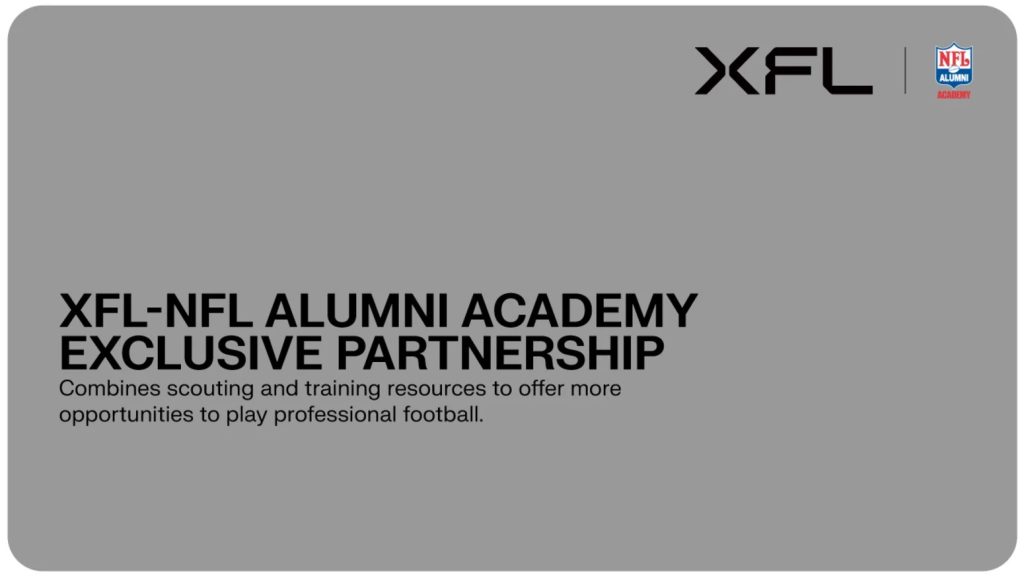 The first is the use of the NFL name. While the website doesn’t overtly mention any relationship with the NFL, it’s clearly implied. The NFL is very protective of its trademarks and copyrights and wouldn’t allow its use unless it was approved in some manner. Dany Garcia’s tweet about the XFL/NFL Alumni Academy agreement noted that “our @XFL2023 relationship with the @NFL deepens today…” That would certainly seem to indicate the NFL playing some role in the Alumni Academy, even if not officially.

That then raises the question, or to some, the concern, about the XFL’s role as a league in the football ecosystem. Garcia was adamant in the ESPN.com article about the XFL’s working agreement with the NFL back in February that “the partnership with the NFL isn’t intended to put the XFL ‘in position [as] a developmental league.'” Yet using players from the NFL Alumni Academy, whose role is to develop players and keep them ready for a potential spot in the NFL, seems to be at odds with that statement. It may all come down to someone’s definition of “developmental league” versus “alternative” or “secondary” league.

Back to the actual Academy: The website’s description of the Academy’s role closely aligns to what the XFL had with Team Nine in 2020, that being a place where players can practice, stay in shape, and develop as they await an in-season call to be signed by a team. A Team Nine-like setup for this ownership group may be cost prohibitive, so we could see the XFL situate itself with another camp like the NFL Alumni Academy to train players during their spring season.

The press release issued Monday noted that players from the Academy will “automatically receive an opt-in contract with the XFL.” That will guarantee those who are not signed to NFL offseason rosters an opportunity to play in the XFL. Whether or not that means XFL teams must roster these players, or whether or not they may just wait in a player pool to be acquired, remains to be seen. It may depend in part on the XFL’s player allocation process. Given the timing of the end of the NFL season, these players could find themselves in a January supplemental draft.

Of the 23 players recorded on the “2021 current players” section of the website, seven are listed as having been signed (six by an NFL team, one by a CFL team). The key line in the press release is that “The XFL and the NFL Alumni Academy will work together to identify the highest caliber players to train at the NFL Alumni Academy.” So it sounds as if the XFL will have a hand in which players attend the Academy, which is certainly advantageous for scouting and league preparation purposes.

Some of the difficulty in creating a secondary spring league is that not all players may be in NFL-caliber shape when they come to training camp. Many of the players may be recent NFL cuts or come from another professional league, but others may have been out of the game for some time. By partnering with a camp like the NFL Alumni Academy, the XFL can ensure players that will end up on rosters are as physically prepared as they can be.

It’s difficult to define what’s “exclusive” about this partnership, as mentioned in the title of the release. Does it simply mean the XFL is the only league to be officially associated with this group? Semantics aside, it’s an opportunity for the XFL to get a front-row seat to those players just on the cusp of making NFL rosters. Those are the kinds of players the XFL needs to seek out and beat the USFL to the punch in acquiring. As has been said and written many times, the quality of play in a league like this could be the difference between success and failure. If the XFL is turning over every rock to find high-caliber players to join the league, then they’re going about it the right way. And this deal seems to fall under that description.

In perusing the Academy’s website, their sections on performance training and diversity seem to match up with goals set forth by the XFL. Two of the XFL’s pillars, as revealed last week along with the new logo, are co-creation and innovation, which fit with the diversity and training methods utilized by the Academy. The diversity aspect of the Academy is that it prepares players for a future in coaching, personnel, or executive positions. As for performance, the Academy relies on TYM Performance for the diet and nutrition of its players; Chip Smith and his MORR training system for performance training; cognitive training, sleep science, and wellness, among other ways to ensure maximum production from its members.

This is a win-win for the XFL and players alike; the XFL will get to scout and sign players who are a part of the NFL Alumni Academy for the 2022 NFL season; and players will know that if they work out at this camp, they’ll at least have an XFL opportunity at the conclusion of the NFL’s season. While much of the XFL’s desire to re-imagine the game has been talk thus far, we may be seeing more of these agreements formed to ease the financial burden on the XFL and also help legitimize them to players, agents, and coaches for now and in the future.