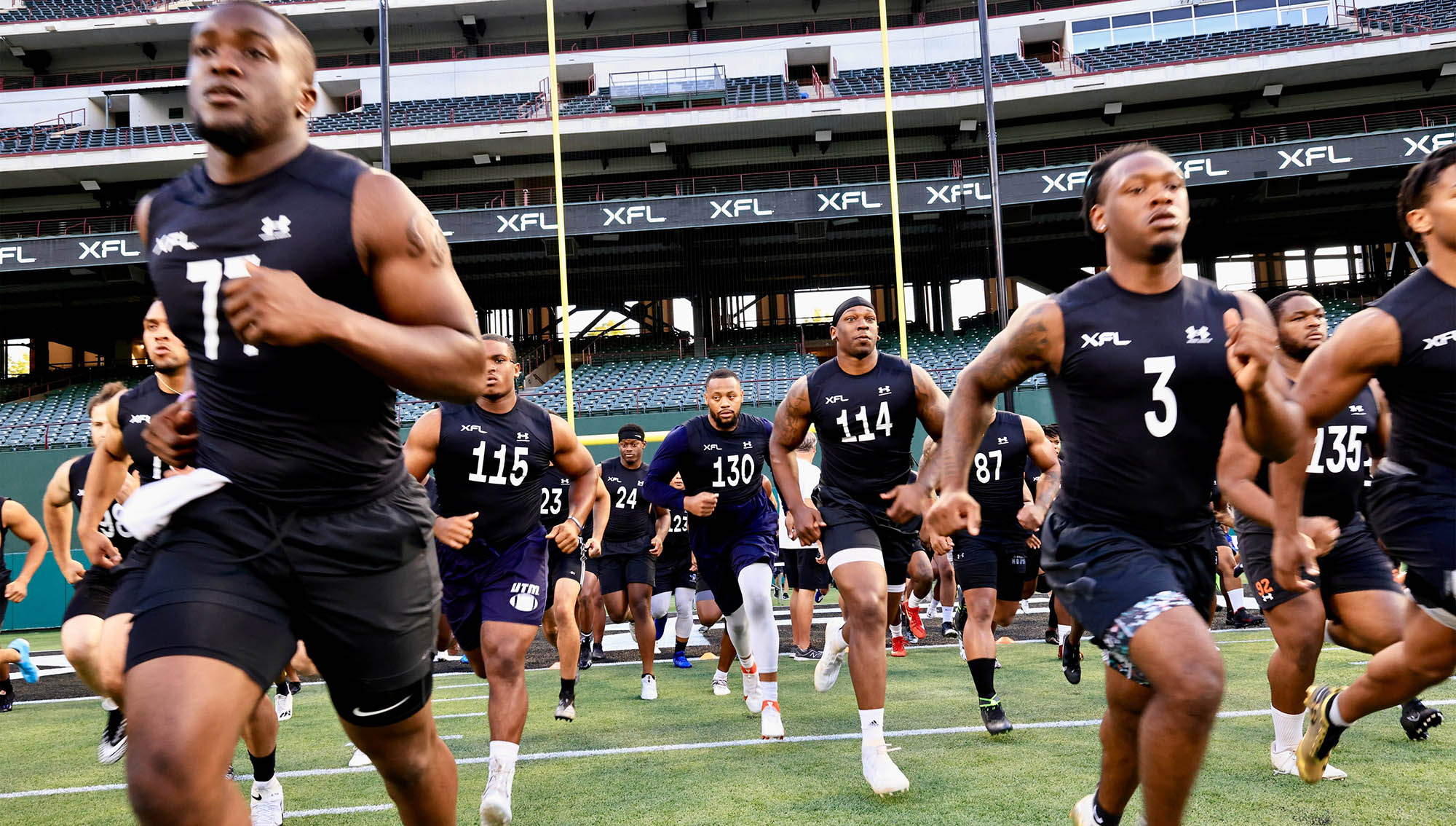 The purpose of the meeting was to give information about the league to agents and prospective players. Unlike the previous get-together between the league and agents in April, this was open to the public, provided they had subscribed to the Inside the League newsletter. The following is a rundown of information provided by Whaley and Giglio:

*Contracts: The standard player contract will be $59,000 per year. Players will get paid $800 per week during training camp. Players on the regular season gameday active list will be paid $5,000 per game. There will be a win bonus of $1,000 per player. Inactive players will also get the win bonus. In the playoffs, both the winning team and losing team will get bonuses, with the winning team netting more money.

Contracts for most players will not be signed until their arrival at training camp in January. This will allow them to sign with NFL teams during that fall and winter, even if they’ve accepted an invitation to the draft pool or have been drafted by an XFL team. Some may sign contracts prior to the draft, as league officials acknowledged the competition with other leagues may require them to act more quickly to sign certain players.

Some quarterbacks will be paid more, though that number is to be determined. The league would like to assign the top eight quarterbacks, one to each team, as they said it worked well in 2020. Select quarterbacks will work out with a “QB guy” during the fall and winter a few times a month to ensure the highest level of quarterback play during the season. These players will not be eligible to sign with NFL teams during this time.

Players will have an NFL opt-out in their contract after the season. Whaley noted that the XFL’s championship game (slated for May 5th or 6th) coincides with the start of Phase II of NFL off-season workouts, which is when players begin to do on-field work and drills with their teams. In other words, players won’t miss much of the NFL offseason by participating in the XFL. Contract length and options (player, league, or mutual) are TBD.

*Other Perks: Players will be served three meals and a snack each day during training camp. In-season, they will be provided two meals and a snack. Players will be housed at hotels around the Arlington area. They will also get health insurance, including vision and dental. Dependents can be added, but players have to pay for those additions. The league estimates an additional $20,000 in benefits players will receive with housing, meals, and insurance being taken care of by the XFL.

*Draft: The XFL draft will take place in mid-November; a solid date has not been finalized as Whaley mentioned the league is waiting on its media partners to see how they want to produce the draft. It sounds like it will be more of an event than it was in 2019. Just like in 2019, there will be no territorial assignments as XFL 2001 and the AAF had. Any player who finished the 2020 XFL season on a roster will automatically have the option of being included in the 2022 draft pool, so long as they are not under contract to another league.

League personnel will be at NFL training camps evaluating players this summer for possible inclusion in the draft pool. There could be as many as two or three supplemental drafts in December and January, as a replacement for free agency during that period. It could depend on the number of players who seek out an XFL contract during that time.

Whaley said they are expecting to draft fewer than the 66 players teams will carry into camp in order to give flexibility for teams to add players in ensuing supplemental drafts. That way, teams won’t have to cut players they haven’t yet seen on the field in order to accommodate those supplemental draft picks.

Right now, they are looking at a 55 or 60-round draft. Directors of Player Personnel can travel around the country to work players out individually prior to the draft, but those players would end up in the draft pool, eligible to be selected by any team. There will be a firm cut-off date for players to be entered into the pool.

*Training Camp: Minicamp will be limited to QBs and skill position players in December rather than a full-team minicamp. This is another way the league plans to make sure the QB play is the best it can be. To make up for the lack of minicamp, training camp will run for five weeks rather than four as it was in 2020.

*Team Nine: In 2020, the XFL had Team Nine, where free agents under XFL contract worked out almost as a separate team in order to make sure there were players ready to be signed in-season as injury or performance replacements. That will not be the case this season. Rather, the league will bring players in for periodic workouts, just as NFL teams do during the regular season, and potentially use those players as in-season roster additions.

*Showcases: There is the possibility the league will hold one more showcase sometime in October around the showcase for specialists that will be run by former LA Wildcat Nick Novak. Giglio noted that they had 1,300 players on the showcase wait list. Players should check in occasionally with XFL.com for any announcements related to future showcases.