If Tampa Bay wants to pick up their first win they need a game plan to stop the talented Roughneck offense ran by dual threat quarterback PJ Walker.

The Tampa Bay Vipers have struggled scoring as they invite the undefeated 2-0 Houston Roughnecks into Raymond James Stadium for week three this Saturday. The Vipers are 0-2 and have yet to show what they’re made of as they dropped their first two games. If Tampa Bay wants to pick up their first win they need a game plan to stop the talented Roughneck offense ran by dual threat quarterback PJ Walker.

The Roughnecks are ranked No.1 in the XFL averaging 32.5 points a game and Walker has a lot to do with Houston’s success so far. Walker has a lot of different targets to throw to, as he’s connected with nine different receivers in two games. When Walker doesn’t have any receivers open, he has the ability to scramble outside of the pocket and run. Walker has a total of 53 rushing yards and 442 passing yards (ranked #3 in the XFL in passing yards). So far PJ Walker and Roughnecks head coach June Jones have dominated the first two games of the season and are making a name for the Houston organization in the XFL.

The Vipers will need to figure out their quarterback controversy and focus on their passing game if they want a shot at taking down the 2-0 Houston Roughnecks. Tampa Bay has a steady defense with former FSU alumni Tarvarus McFadden at cornerback. McFadden intercepted Seattle’s quarterback Brandon Silvers thrown pass and ran it back for the Vipers first ever touchdown. 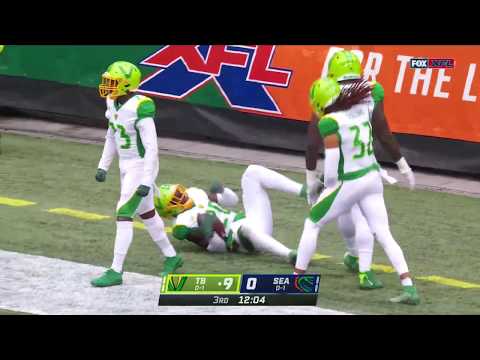 Along with McFadden at CB, Tampa Bay has FS Marcelis Branch with 17 tackles going into week three.

Although the Vipers offense has struggled, they’ve got a running back duo like no other. Jaques Patrick and De’veon Smith both have 100+ yards. Both RB are in the top 5 in yards rushed in the XFL and hope to explode throughout the season.

As we head into week three at home, the Vipers will look to score the first offensive touchdown of the season and hopefully determine a set starting quarterback.

Kick-off is Saturday at 2 p.m. EST and coverage is on ABC.