The XFL helped many players blossom and get signed onto NFL rosters. 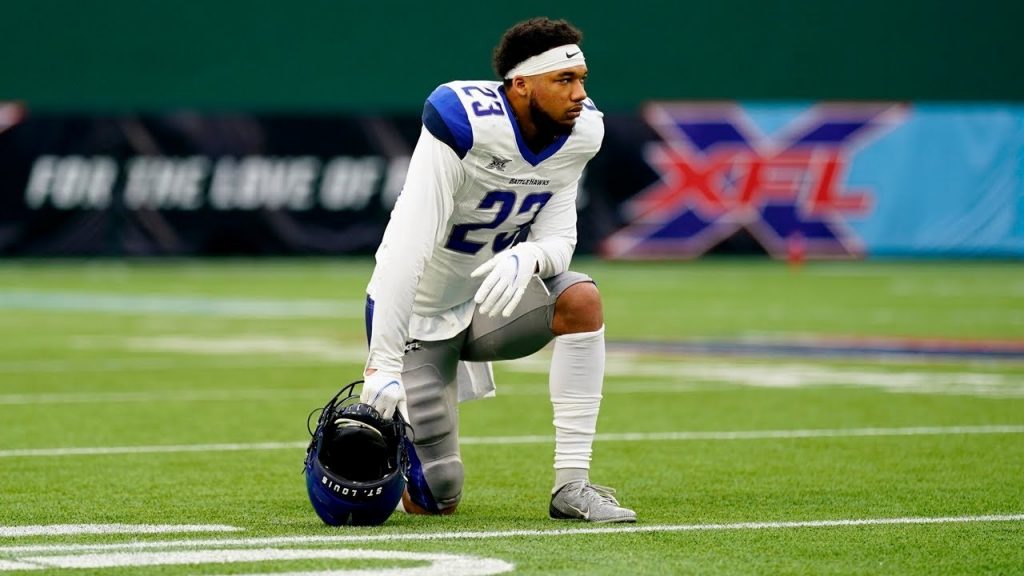 The XFL helped many players blossom and get signed onto NFL rosters. Some of the players had a previous NFL chance, and some of which only had the XFL as their first opportunity, let’s see who is rostered and break it down.

Let’s start out with the two quarterbacks. The two gunslingers are PJ Walker and Jordan Ta’amu.

Walker, he previously had two years of practice squad experience with the Indianapolis Colts. He had some brief playtime in the preseason, though was never really given much of a chance to prove himself. Walker obviously went off in the XFL and would have won the MVP if the league finished the season. The Houston Roughnecks monster quarterback threw 15 touchdowns and four interceptions in his five games. He also led the league in pass yards with 1,338. After the XFL season, the Carolina Panthers signed him to a two-year deal.

Now, Ta’amu, he was in the NFL 2018 draft class and was only briefly on the Houston Texans practice squad, but he was waived prior to the regular season. He had a pretty good showing in the XFL, proved he had an arm, even some elite skills in reading the defense. He threw five touchdowns, and only two interceptions during his stint with the BattleHawks in five games. The Kansas City Chiefs signed Ta’amu after the XFL season, and he is currently a practice squad member.

Two running backs have been signed to the NFL from their XFL roots.

Arguably the best XFL running back Jacques Patrick is a practice squad member of the Cincinnati Bengals. The Tampa Bay Viper running back looked great during his XFL tenure. At 6’3, 236 lbs, Patrick brings back the old school running back look which is awesome, he is not afraid to run a guy over if he needs to. The powerhouse running back rushed 60 times for 254 yards (4.2 average) and two TDs to his record.

Austin Walter, former Dallas Renegade, signed with the San Francisco 49ers, a reunion from 2019 when he was a practice squad member before his time as a New York Giant.

One lone wide receiver joins the NFL, it is Jeff Badet. The Washington Football Team signed him to the practice squad after his great showing as a Dallas Renegade. Badet was a practice squad member of the Minnesota Vikings prior.

The big men do well in this category, especially with the NFL losing lots of players to injuries this year.

First up, we have the rostered lineman of the San Diego Chargers, Storm Norton. Prior to the Los Angeles Wildcats, from 2017-2019 he had tenures with the Detroit Lions, Arizona Cardinals, and Minnesota Vikings. He was brought up to the active roster a few times but mainly always was used on the practice squad. Norton has the strength of an NFL lineman, he would completely body people in the XFL.

Willie Beavers, he was a journeyman before arriving at the XFL for the Dallas Renegades. He played for the Minnesota Vikings, New England Patriots, Seattle Seahawks, Chicago Bears, and the San Francisco 49ers, all within a three-year span 2016-2019. Beavers, at 6’5, 322 lbs is not an easy man to move, and he proved that. He signed with the practice squad of the Atlanta Falcons.

The New York Guardians found a diamond in the rough with Anthony Coyle. He was a practice squader of the Houston Texans, Green Bay Packers, and the Atlanta Falcons. As a Guardian he shined, and the Pittsburgh Steelers noticed and signed him on a deal to the practice squad.

Michael Dunn who played for the Seattle Dragons, was the first XFL player to become a Cleveland Browns player. Previous to his XFL tenure, he was a Los Angeles Ram, Jacksonville Jaguar, and Miami Dolphin.

Only two tight ends made NFL squads, both on the active roster.

Donald Parham, he played for the Dallas Renegades. At 6’8, he is the immaculate size for a tight end in the NFL. The Los Angeles Chargers saw that and signed him. His best XFL game was week two against the Los Angeles Wildcats. He had 76 yards for five catches and a touchdown in that game. Prior to the XFL, he made stops on the practice squads of the Detroit Lions and Washington Redskins.

Colin Thompson, a big tight end who played in the AAF last year for the Birmingham Iron before arriving on the scene for the Seattle Dragons. Before that, he was a practice squad member for the New York Giants and the Chicago Bears. He signed with the Carolina Panthers.

Only one defensive lineman made the XFL to NFL transition to become rostered.

That man is Kahlil McKenzie who followed Jacques Patrick to the Cincinnati Bengals. He was a member of the Kansas City Chiefs, and Seattle Seahawks before his XFL reign. McKenzie originally played for the DC Defenders, but the same day he was traded to the Los Angeles Wildcats in a three-team trade deal. February, 22nd he suffered an injury, and he was placed on the XFL injured reserve.

Two defensive backs are currently NFL rostered from the XFL.

Kenny Robinson, who played for the St.Louis BattleHawks as a safety. He was denied a transfer in college at West Virginia, so he left. It was a good choice. He joined the BattleHawks, he remained draft-eligible too. In round five of the NFL 2020 Draft, the Carolina Panthers drafted him using the 152nd pick. He is a practice squad member.

Cornerback, Savion Smith had a brief stint on the Jacksonville Jaguars practice squad before joining the Houston Roughnecks. He had 8 tackles and one pass deflection in just the first two games. The Dallas Cowboys signed him to their practice squad.

One linebacker was given the NFL contract.

Edmond Robinson, who was a journeyman before the Houston Renegades. He was in the NFL with the Minnesota Vikings and, Arizona Cardinals prior to his AAF stint with the Arizona Hotshots. The Atlanta Falcons harvested him from the XFL and brought him onto the practice squad.

A kicker and a long snapper round out the list.

Long snapper, Nick Moore who had a brief stint with the New Orleans Saints, before he played for the Tampa Bay Vipers. He is now a Ravens practice squad member.

Matt McCrane, he had a brief stint with a couple of teams in the NFL. The Arizona Cardinals in the preseason, Pittsburgh Steelers, and Oakland Raiders in the regular season, he had  game-winning field goals for both the Steelers and Raiders. As an XFL member, he played for the New York Guardians and was perfect on field goals. The Cleveland Browns snatched him for the practice squad.