Will a move to unionize USFL players affect the new XFL? 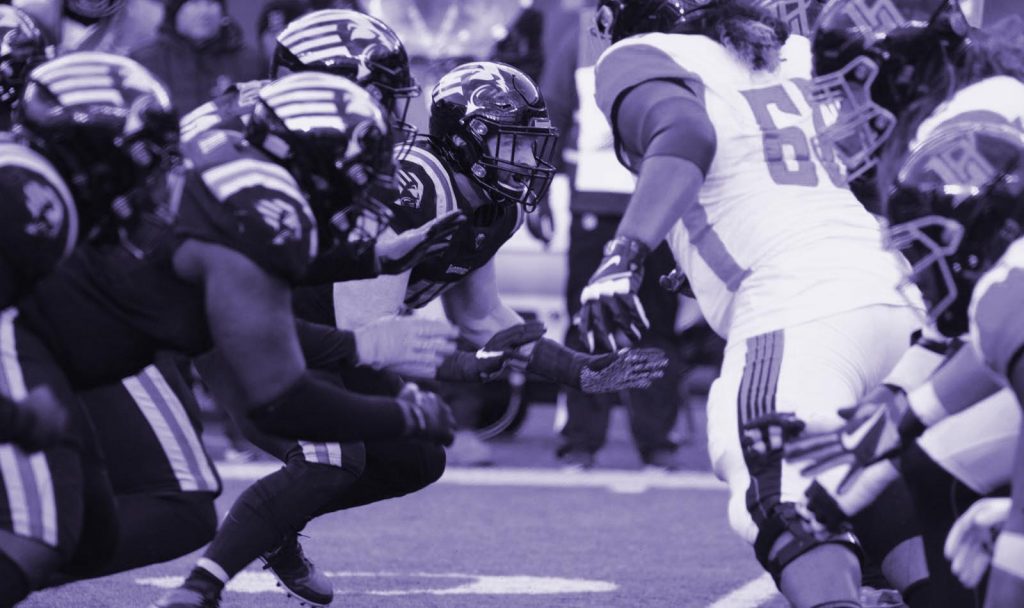 Representatives of the United Football Players Association (UFPA) have been in Birmingham, looking to connect with players of the upstart USFL.

Right now, it has been all about assisting players with their immediate needs, arranging for chiropractic and massage therapy services, and helping to arrange cost-effective housing.

Kenneth Farrow, the chairman of the UFPA, has seen the player association go from an organization where they helped players navigate the legal implications of former league bankruptcy, to what is seen as pratfalls associated with the new leagues.

“We started off as a trade association, just kind of trying to help guys out through bankruptcy. We had the AAF bankruptcy, we had the XFL bankruptcy,” Farrow explained. “So, initially just trying to figure out how we can help guide us through those situations. It’s kind of transformed into being able to have a real voice and, you know, potential being able to represent players in these leagues.”

Farrow is no stranger to what can happen to a player. Out of college the running back was signed by the Chargers as an undrafted free agent in 2016. In the NFL, playing opportunities were counter-balanced by injuries, and Farrow eventually saw himself in the AAF with the San Antonio Commanders. During AAF week four, Farrow recorded 142 yards on 30 attempts (4.7 yards per carry) against the undefeated Birmingham Iron’s highly touted defense, leading to big win for the Commanders and being named AAF Offensive Player of the Week. Those were high times for any football career.

Unfortunately, for Farrow and many others, the AAF season was cut short due to bankruptcy.

“It kind of caught everybody blindsided a little bit,” Farrow recalled. “There was a little bit of rumbling, a potential for it to happen. And then we were actually out on the practice field, and all of a sudden the whistle gets blown and they’re calling the ball up.”

Farrow recalls the aftermath of this as well. Where players were immediately evicted from their temporary homes and had to pay their own flights home.

“That was crazy. We were playing one day and then had to basically evacuate the city the next day. So, it was a it was a pretty wild time,” Farrow said.

After the AAF bankruptcy, Farrow was drafted by the XFL Seattle Dragons. It was in Seattle where he again enjoyed playing football at a professional level… of course until Coronavirus shut down the league and forced it into bankruptcy.

Again player contracts were cancelled in mid-season. Farrow makes the point that legal processes became a new challenge for players.

“A lot of guys were just kind of either unaware of what was going on, because we all fell in the same boat.” Farrow explained. “We were kind of late in the process, we had missed deadlines to file claims for bankruptcy.”

The UFPA has been quick to recognize where players have a need, and have made themselves available to help in these areas. Of course, this is not a surprise when you realize the UFPA executive is comprised of football players.

UFPA Vice-chairman Nick Temple, is a former CFL, AAF and XFL player. Ryan Cave is a former Arena Football league player, and the Player Board President of the AFL Players Union. Jake Payne is a former XFL St. Louis BattleHawk.

They all know something about playing football for a living.

The latest news has been the involvement of the United Steel Workers to form an official players union in the USFL. In fact, a petition to represent the approximately 360 USFL players was recently filed at the National Labor Relations Board.

“We’ve been able to partner with the Steel Workers, and they’ve walked us through what that would look like, “Farrow explained. “The Steel Workers are doing what they do from a labor side of things.”

Aside from labor negotiations, Farrow points out that the UFPA is assisting USFL players. “We’re trying to keep guys up right for the 10 weeks while they’re there,” he pointed out.

Farrow also makes the bold statement that it is in a league’s best interest to have a strong union of players.

“What we want to do is to come in, have a healthy relationship, have a healthy partnership, and be able to set things in place for guys to benefit, and just keep the league going and keep it sustainable,” Farrow explained. “More than anything, our number one goal is to protect the players and provide resources that they need to get through a football season.”

Going forward, Farrow hopes the new XFL will be receptive to the UFPA. After all, the new league is promoting themselves as a player-centric league.

We hope the XFL at least turns to the UFPA as an informed resource when they are developing a plan as to how their league can be truly player-centric.

As for the players unionizing under the United Steelworkers, we shall see how that works out.

Most recently, the USFL has responded via a statement:

“The USFL welcomes and respects the right of our players to organize with any union they elect to represent them. We understand that the federal agency responsible for addressing these issues is currently dealing with potential representation of our players. We intend on fully cooperating with the agency to resolve any questions that exist concerning representation.”

If this works out in the favor of USFL players, it does not seem too far-fetched to dream of future XFL players going the same route.

For more information, check out the recent episode of XFL Xtra – The XFLBoard.com Podcast:
Episode 38 “Better Together” with guest, Kenneth Farrow of the UFPA