“The speculation and the suggestions I hear are that it would be a four-down game.” 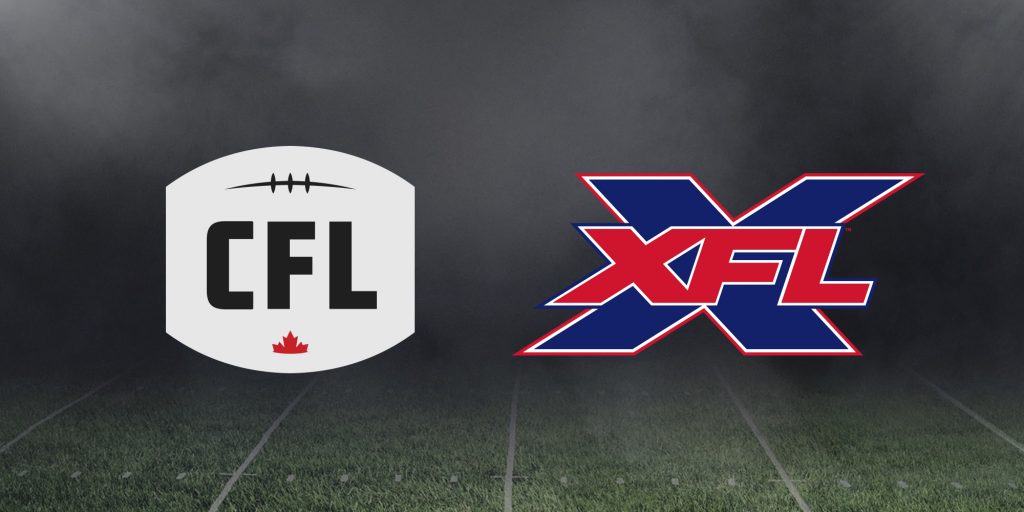 It must be noted that Dave Naylor works for TSN, a top sports media outlet in Canada, literally making it Canada’s “ESPN.” That being said, isn’t it interesting how the potential XFL-CFL merger is making headlines in Canada, but not so much in the USA? We will get back to that.

Since Naylor’s take on the underpinning behind the two leagues talking seemed to have merit, I decided to ask him about it directly.

First of all, that shared global vision Naylor has been writing about. Keep in mind, Naylor points out he is not an “insider,” and has no real knowledge of the talks between the two leagues. He merely points out that there are obvious clues the two leagues share a similar vision of a global Professional Football League… starting with CFL Commissioner Randy Ambrosie.

“If you start with Randy Ambrosie, the Commissioner of the CFL, if nothing has defined his commissionership, thus far, it’s his interest in the globalization of football in international markets,” Naylor explained. “He’s gone about it by creating relationships with different football federation’s in Europe and Mexico, and they held a combine and the draft in Mexico.” 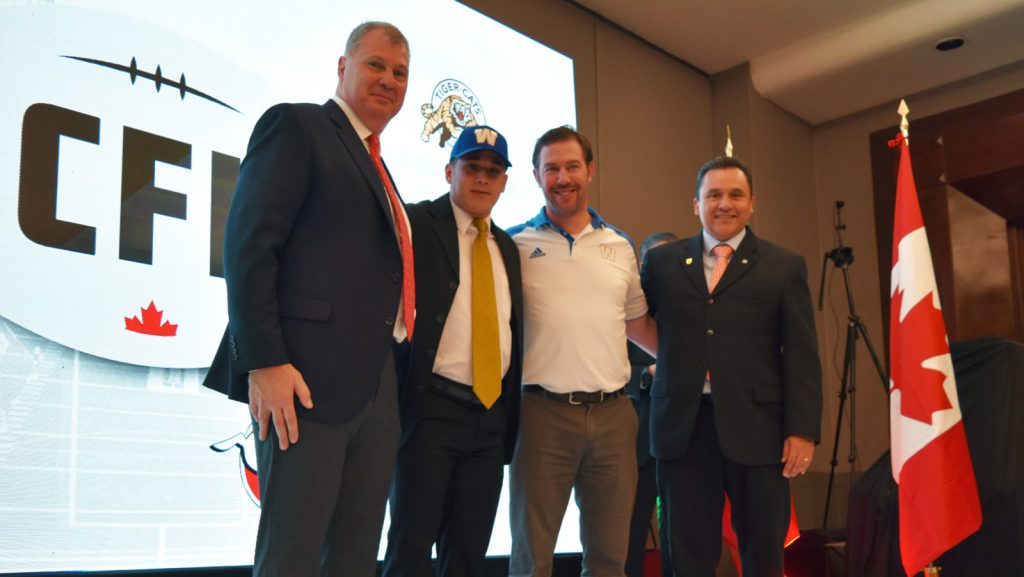 However, Naylor pointed out that despite attempts to reach out globally, there has not been an obvious way for the CFL to monetize their efforts.

“On the other side of it, you have the XFL people,” Naylor said. “Dany Garcia, as co-owner of the XFL, did say on the day that these (merger) talks were announced, that the CFL’s international relationships were part of what drew the XFL to the table.”

It seems that the XFL “swiped-right” on the CFL and a potential match was made.

Today, as the two leagues are courting each other in secret, Dave Naylor thinks such a union is a no-brainer.

“When you look at the involvement of the rock, Dwayne Johnson, his brand is global. It’s not just North America,” Naylor pointed out.

“You look at RedBird Capital, which is also co-owner of the XFL, they own an interest in two European soccer teams, they bought a 30% stake in a company called Wasserman Media Group back in January, which is basically an international sports agency,” Naylor added. “So, you look at all these parties at the table right now, they all either have a background in international business, or they have an interest in taking the game internationally.”

It becomes obvious that international reach seems to be the common ground that brings the two leagues together, and the potential business opportunity is something both leagues can’t ignore.

“Through this collaboration, we can advance this idea that football is an emerging sport around the world,” Naylor pointed out. “Compared to a generation ago, it’s a much bigger deal in places like Europe and Mexico, and even Japan, than it was 25 years ago.”

While Naylor admits the NFL is already trying to take advantage of the international spread of football, he feels the XFL-CFL partnership can do so in a similar, but different, way.

Admittedly Naylor makes good points, and most likely hits the mark in his analysis of the background behind the merger talks. It should be noted that, for the most part, Canadian football fans are not thrilled about talk of a merger, and potentially losing their venerable three-down football game.

Naylor goes on to explain that with a split in Canada, of what people like, and four-down unanimity in the United States, the new league will likely rely on a four-down game.

“If you are going to take this league international, the global game is four-downs,” Naylor also pointed out.

As a Canadian, I immediately wonder if such a merger is worth losing the three-down game that I love. Americans simply don’t understand how three-downs makes the Canadian game more exciting and faster. Also, as a Canadian, I can watch three-down football on Friday night and four-down (NFL) football on Sunday. Both rule books exist in my football watching schedule. It is all good.

However, Naylor also pointed out how changing gaming laws make profit from sports betting an even more lucrative plum for the perennially cash-strapped CFL. Involving the USA in the business brings in a betting market that is nearly ten-times the size of Canada.

Naylor does make a good case on how the CFL has to make a change for it to grow and thrive.

“The CFL is at a fork in the road where it needs to either become a smaller league or a bigger league,” Naylor said. “A nine-team league with the budgets and the salaries, staffs and the numbers of players that they have right now, may not be an option… I think if you’re talking about keeping the CFL Canadian, you’re talking about smaller budgets, smaller coaching staff, smaller rosters, smaller everything, and maybe a smaller number of teams.”

As a CFL fan, the writing seems to be on the wall… if you care to read it.

Strange though, the idea of a new International league barely makes headlines in the USA. While Canadian sports media is all over the merger talks, speculating, discussing, and reporting, there is not as much as a peep out of American media channels.

Possibly, for Americans this is a non-story until a deal is struck. Meanwhile, for many north of the border the thought of losing the uniquely Canadian football game is more than a news story. It is like losing a friend.

You may hear the full interview with Dave Naylor McShane in our XFL XTRA podcast episode 36.