The Spring League’s issues will only make it harder for the XFL to take hold amongst those inside the business of football. 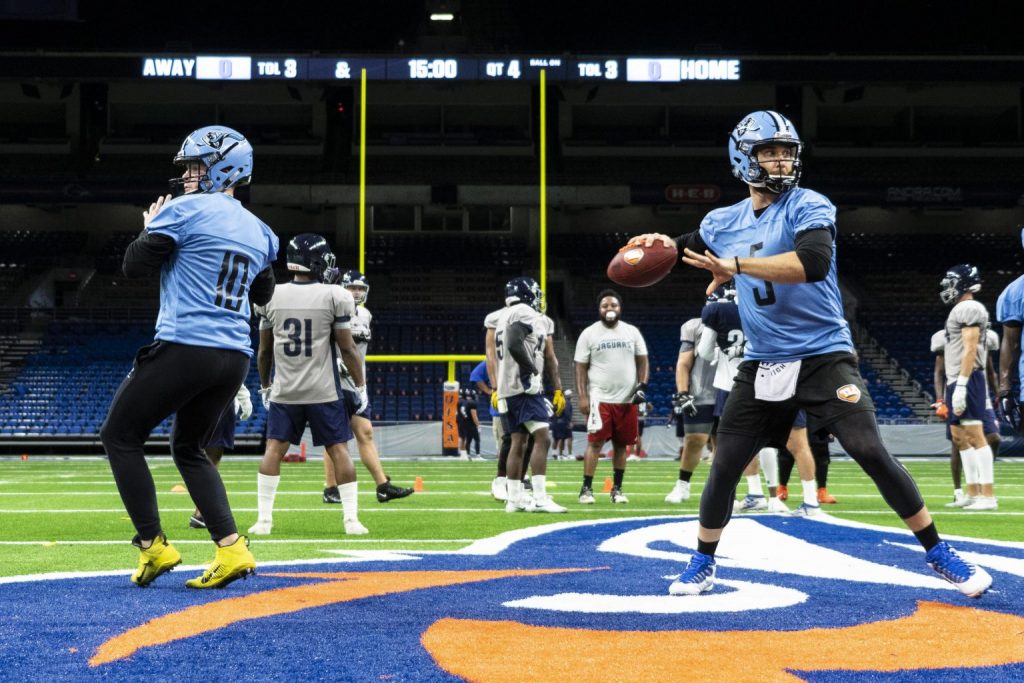 The premature end of The Spring League’s regular season may have come because of a COVID-19 outbreak, but that’s not the main talking point for fans who follow the ebbs and flows of alternative pro football leagues.

On Tuesday, TSL’s Twitter account posted a note regarding the cancellation of the remainder of the regular season. No mention was made of potential playoff scenarios:

While COVID-19 continues to rage throughout the United States, the concept of playing all games at a centralized location at the Alamodome in San Antonio was done to theoretically prevent these kinds of outbreaks. The coronavirus has proven difficult to contain, but it’s valid to question TSL’s testing and procedures, as well as the responsibility of the players, after this announcement.

At about the same time games were being cancelled because COVID tests were coming back positive, Mike Mitchell posted a story at XFLNewsHub about coaches being upset about late payments from Brian Woods, the CEO of the league. Apparently, the payment issue was such a concern that some coaches were considering a walkout.

A few days later, just before TSL tweeted out the note of cancellation, a TSL player posted a YouTube video (now set to “private”) explaining his frustrations with the league. Among his complaints: lax COVID procedures; no insurance for players; no guarantee players who pay to be there get a fair look; and, potentially, game film not even making its way to NFL decision-makers.

While TSL’s Twitter feed has, since then, retweeted many players speaking glowingly of their experience over the last few weeks, Kenneth Farrow and the United Football Player’s Association have taken notice of the negative stories that have surfaced:

If y’all got anything to add holla at me, these things will not continue to happen. Respect to that man for speaking truth to the situation. https://t.co/7cOWxa9DNq

Many thoughts on @TheSpringLeague. Would love to hear from more payers on their experience thus far. https://t.co/nF3dL9Ub1W

For his part, Woods appeared on the XFL Markcast podcast to answer for some of the issues brought forth. He seemed to lay the blame at the feet of the players for the COVID outbreak that brought the league’s regular season to its knees. Woods hand-waved away most of the other complaints. He also made it clear he planned to go ahead with the championship game on the scheduled date of December 2nd. Woods was not asked about Mitchell’s report of the late payments to coaches.

It’s a disappointing end to yet another spring football endeavor (even if in this case, it was in name only). The Spring League received its most visibility ever, partnering with Fox Sports and FS1 to air games. That visibility, however, didn’t lead to many eyeballs checking out the product – the first week’s game, shown on Tuesday, October 27th and which would hypothetically be the highest-rated based on the curiosity factor, didn’t make the ShowBuzz Daily sports ratings for the week, which means it drew fewer than 200,000 viewers. None of the subsequent games reached that threshold, either.

Some believe the league was good exposure for the players, but to what end? If nobody watched the product on TV and scouts weren’t getting film, who benefits? No doubt simply gaining the experience of getting live reps helps the players, but that seems to be about all. That could’ve been accomplished with The Spring League keeping its more scrimmage-like concept from previous seasons and trimming expenses (the story of coaches getting paid late is a tell that Fox Sports wasn’t chipping in much, if any money).

The future relationship between Fox Sports and TSL is unclear. The network has an option to buy a stake in The Spring League, according to reports published at the time the partnership was announced, but given the controversy and the lack of ratings, would it be worth it? The upside is the controversy may not hurt the image of the league too much because they’re flying so far under the radar. In his XFL Markcast interview, Woods seemed confident in TSL’s relationship with Fox going forward, even if the marriage was created to fill expected programming holes on the network when college football conferences appeared unlikely to play this fall.

The downside will come if the league can no longer attract quality players or coaches because of the issues exposed in the YouTube video and elsewhere. Some, who have lived through the rise and fall of the Alliance of American Football, XFL, and now TSL, may decide enough is enough. There will always be some who chase the dream of playing pro football for a living; but for others, sadly, these recent experiences may be enough to snuff out that flame burning within.

The Spring League’s issues will only make it harder for the XFL to take hold amongst those inside the business of football, who already look at secondary football leagues with a skeptical eye. To the outside world, the XFL already has to overcome the stigma of two previous iterations of the league collapsing, albeit for very different reasons; but inside, they’ll have to sell themselves as different from the other operations that have crashed and burned so spectacularly. Because of The Spring League’s deficiencies, the uphill climb the XFL must make did not get any easier this week.

Steelers take another look at former XFL Viper Matthew Wright
Will we see XFL BattleHawk kicker Marquette King back in the NFL?